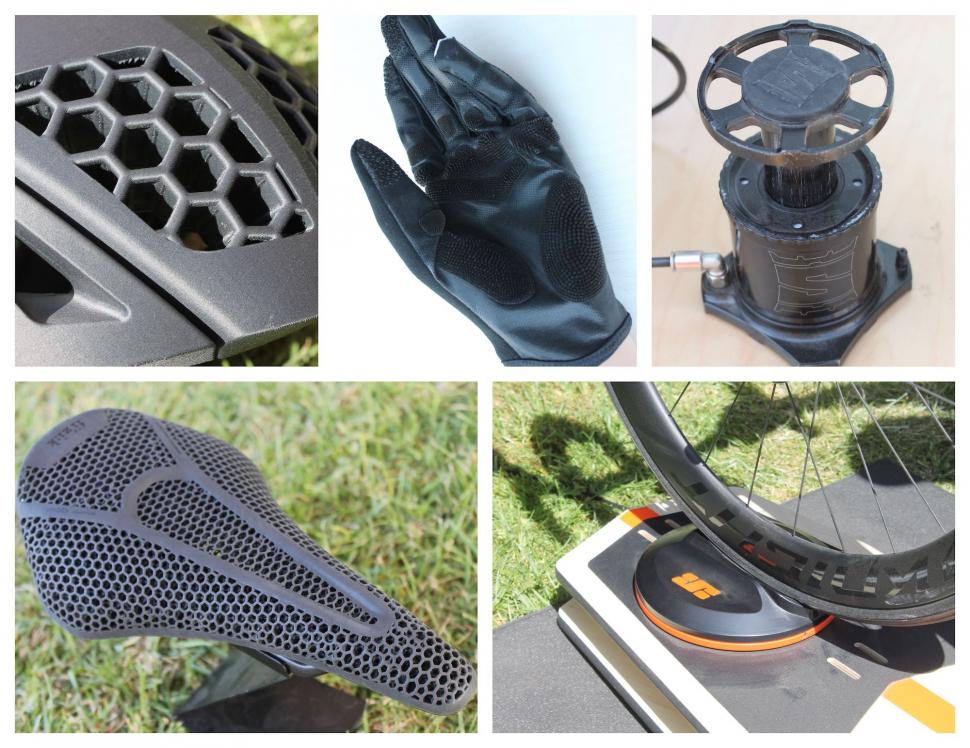 Check out a 3D-printed helmet, a new riser block for steering on Zwift, and vibration-damping gloves...
by Mat Brett

There are thousands of interesting products covering all types of cycling at the Sea Otter Classic and here are five of the most interesting we spotted, including new gloves from Prologo that have been released only this afternoon. This might not be the most colourful selection ever but there's lots of smart tech here.

Italy’s Prologo has revealed new gloves featuring what it calls Energrip technology that relies on the CPC (Connect Power Control) material that you’ll find used on many Prologo saddles. CPC is an elastic polymer that's been moulded into a mat of hollow cones of various heights and diameters.

The CPC is designed to improve grip via a vacuum effect, improve airflow, and reduce stress on your muscles and joints by damping vibration. Prologo reckons that the CPC absorbs vibration 10% better than gel.

The brand says that, together with the performance research centre of the University of Besançon, it has studied the areas of the hand that are most stressed during cycling and based on this data it has developed different types of 3D cones that make up the CPC, to adapt to the different stimulations/wave frequencies and needs of the hand.

Different densities are used in different areas of the palm. Prologo says that the result is a glove that can dissipate more vibration than other models on the market, leaving muscles fresher and less numb.

The new gloves, used by Team Bahrain Victorious, will be launched officially at Paris-Roubaix on Sunday (17 April 2022), the pavé providing the ultimate test of glove comfort, as far as roadies are concerned.

The Prologo Energrip gloves will be available in short and long finger versions. The long finger gloves – with extra grip added on the tips of the thumb, index, and middle fingers – are aimed partly at cross-country mountain bike riders but they’re also for cooler days on the road. A three-layer Energrip Kylma winter glove will be launched later in the year.

We don’t yet have UK prices for the gloves.

Prologo will also be unveiling a development of its MyOwn pressure map saddle fit system at Eurobike in mid-July. Still being developed with the University of Pisa, it will communicate the results wirelessly to computer. We’ll give you more when we meet up with Prologo again later in the year. 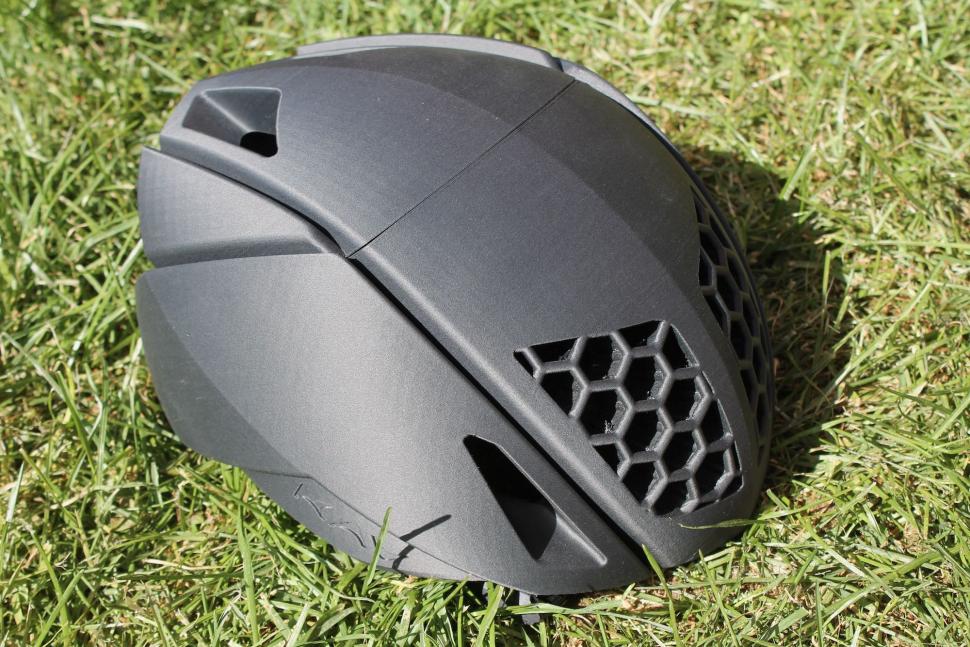 You take five different measurements of your head and send the results over. Then Kav will send you a ‘fit cap’ that you try on to check that the sizing is correct. Assuming it is, the helmet will be made for you in five different sections, each of which takes several hours to print. The only part not 3D-printed is the strap. 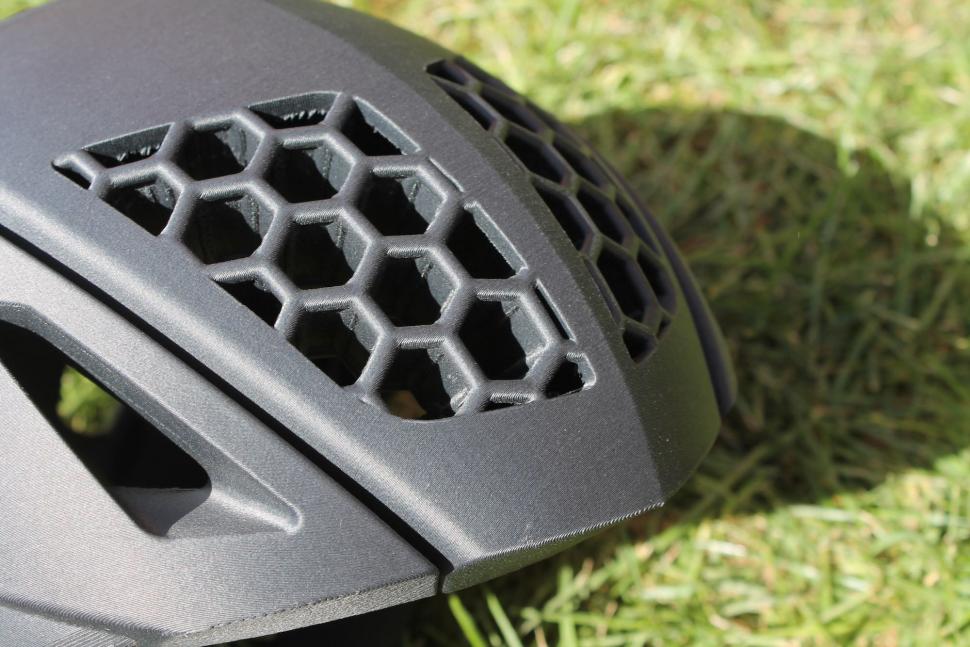 The helmet uses a honeycomb structure. Even the areas that look solid are a series of covered hexagons.

Kav says that the hex pattern has the most efficient energy absorption-to-weight ratio – or couple zone design – to redistribute energy and rotational force upon impact. 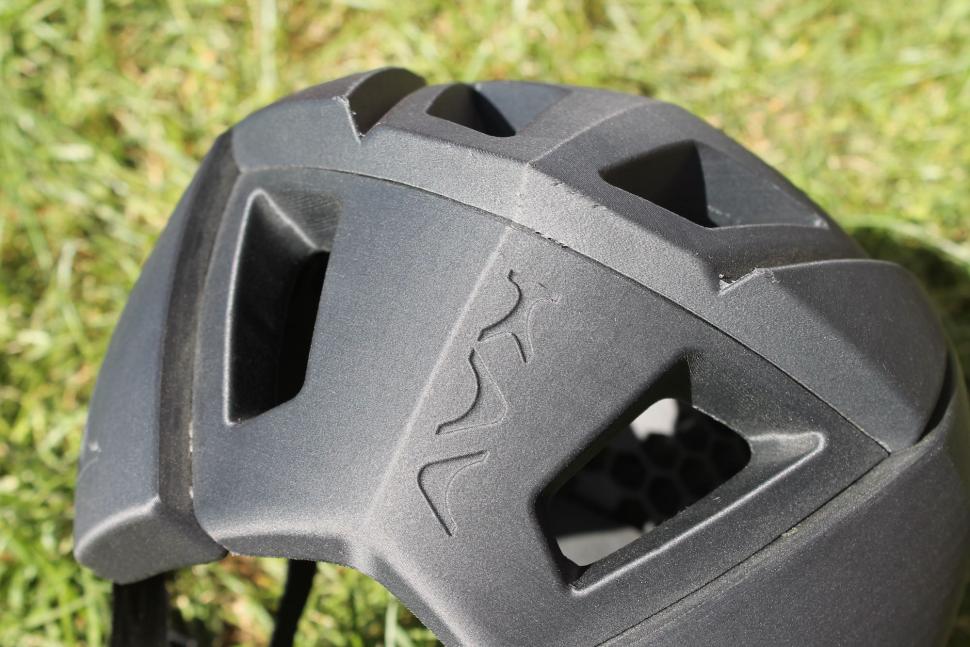 The helmet world focuses heavily on the need to deal with rotational forces these days. It’s what MIPS is all about, for example. Kav’s Whitman Kwok told us that the hexagonal structure is anisotropic, meaning that the physical properties have different values in different directions. The helmet is designed to compress to protect against direct (linear) impacts when required, and also to shear to avoid rotational injuries to the brain in different circumstances, eliminating the need for something like MIPS.

Find out everything you need to know about MIPS

The hollow hexagon pattern also keeps the weight down to about 350g. That’s by no means light compared with some EPS (expanded polystyrene) helmets, but it’s not mega-heavy either. 3D printing keeps waste to a minimum in the production process too. 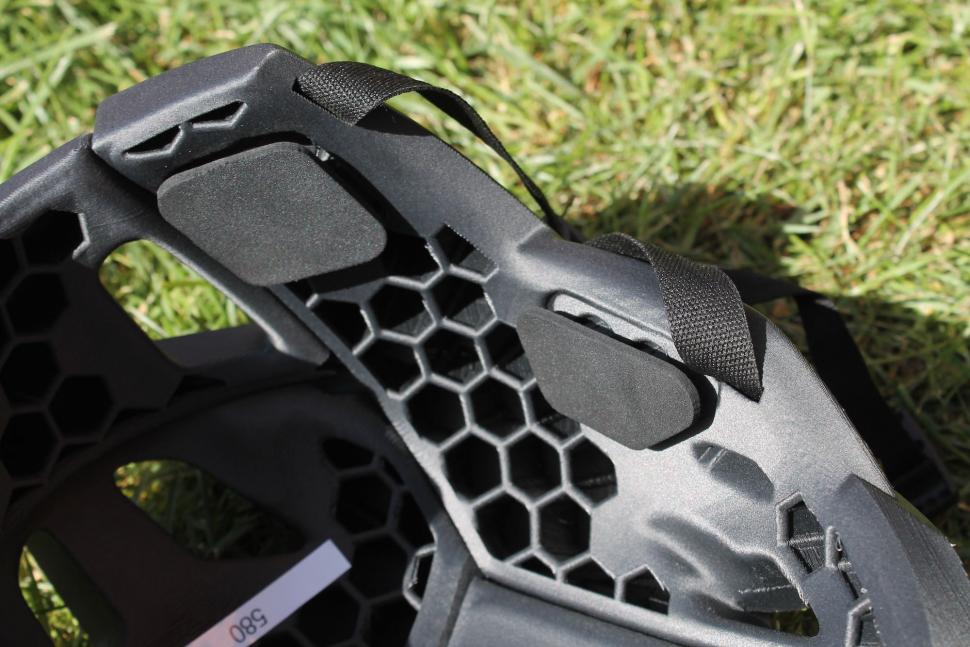 Kav says that there’s no need for an internal fit system like other brands use because the helmet is made to measure. You do get several pads inside, mounted on elastomer springs, for comfort.

Kav says that it went through 65 iterations before settling on the final Portola design. 3D printing meant that the process was far quicker than would have been the case with traditional methods of construction. 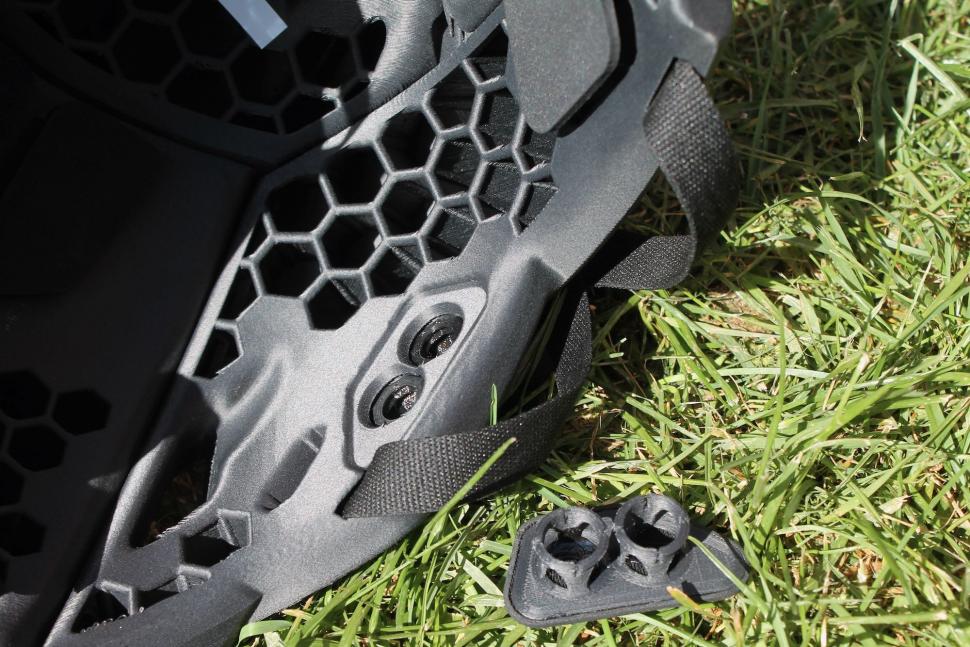 If you’re not fully satisfied, Kav offers a full refund if you return the Portola in 30 days. You get a five year warranty and you’re entitled to a free replacement the first time it gets damaged in a crash as long as you send your helmet back for research purposes.

Although the Portola is Kav’s first cycling design, it already makes ice hockey helmets. It plans to offer other cycling styles later on. 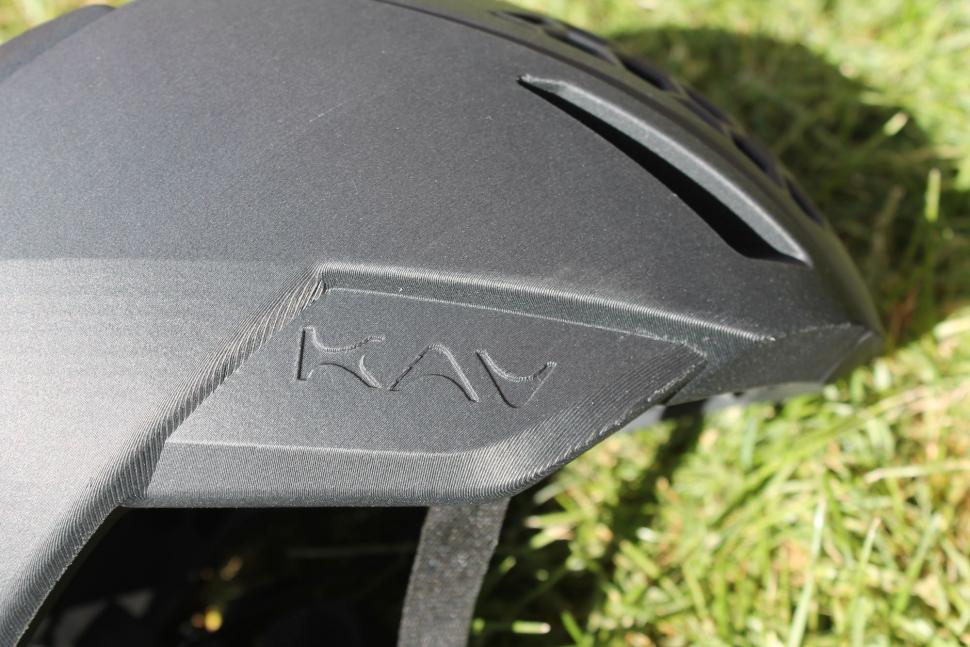 To start with, Kav will only sell to the US. However, it intends to submit its helmet for testing in other regions so that it can be offered elsewhere. 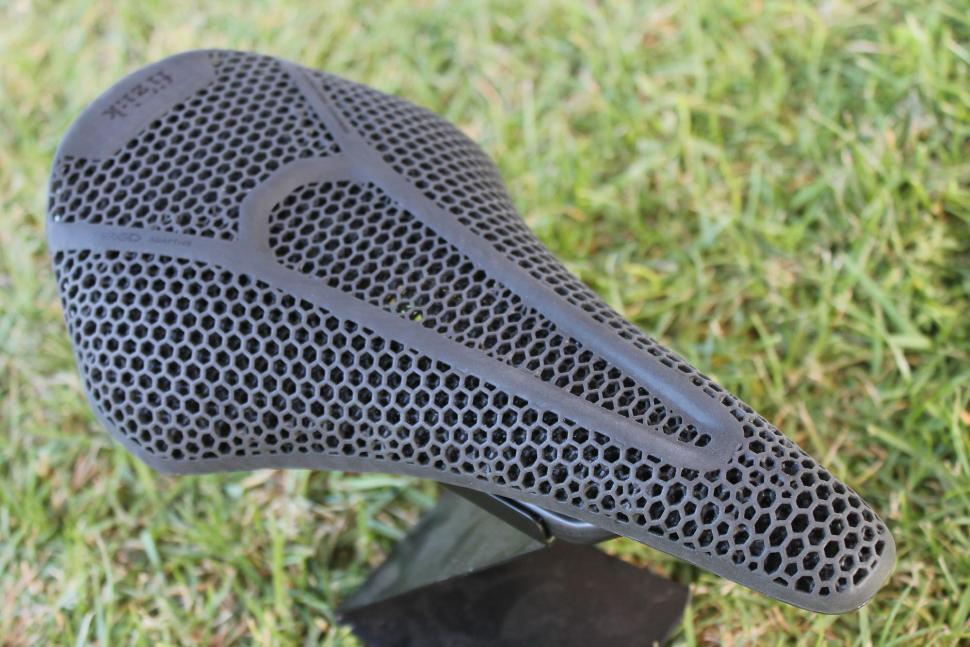 In more hexagon-related news, the 3D printed Fizik Argo Adaptive saddle was release last week. We told you all about it here. The 3D printing process allows for the cushioning to be finely tuned in different areas. 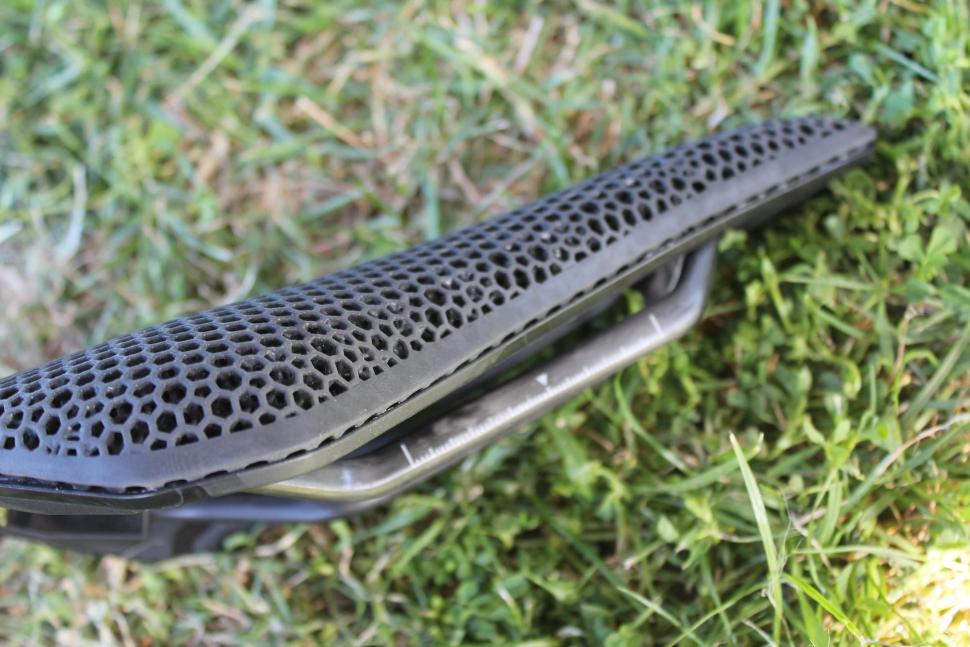 The Argo Adaptive is a short saddle, this R1 (£299) version coming with carbon rails. The R3 model with K:ium alloy rails is £299. 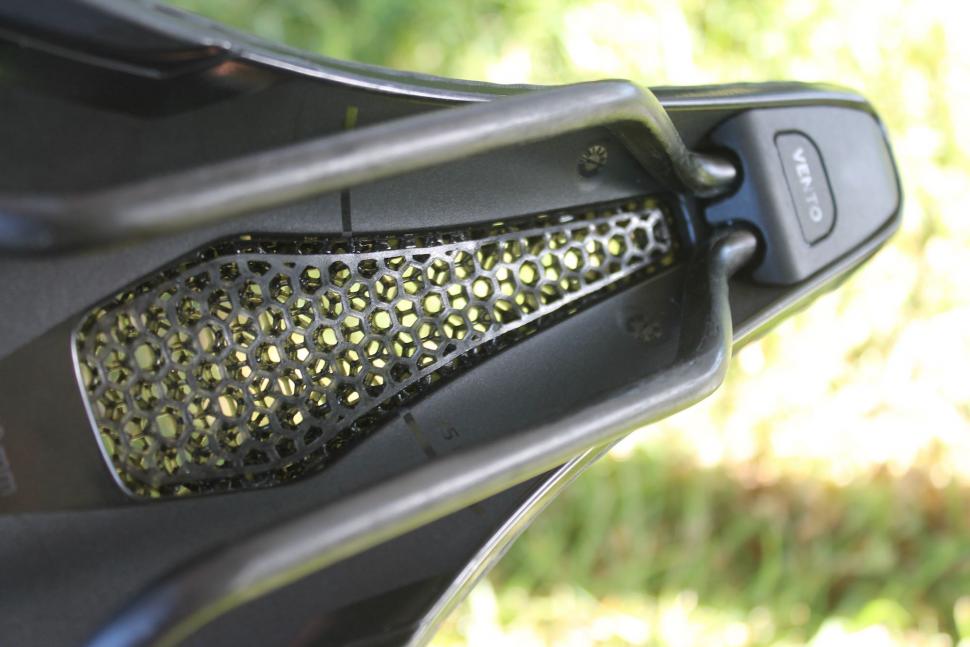 Look out for road.cc's video of the highlights of the Sea Otter Classic which includes an interview with Fizik about the tech behind the new saddle. 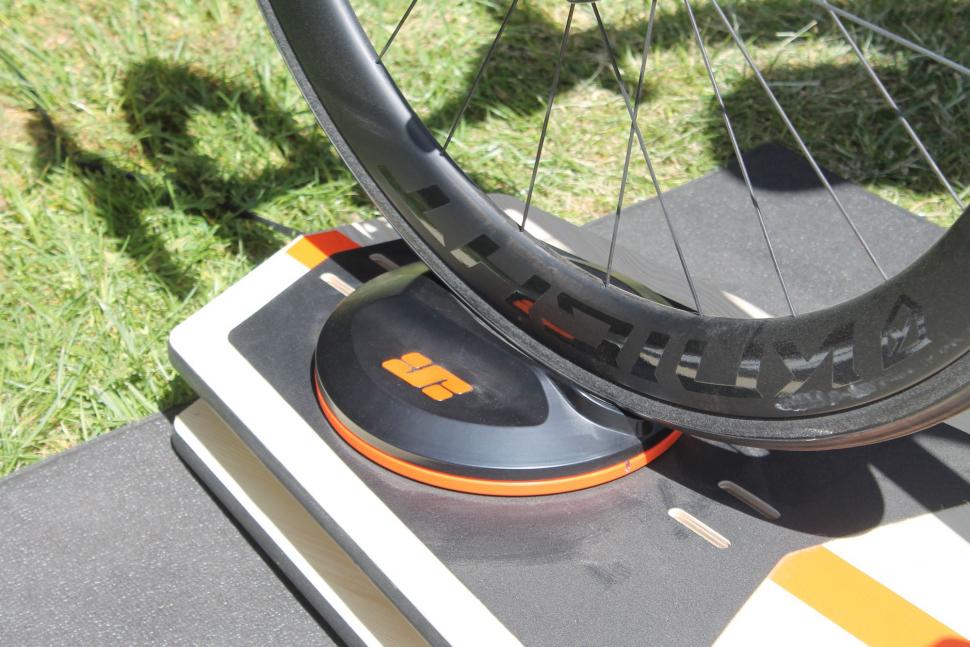 JetBlack is introducing a new Smart Turn Riser Block that will allow you to use your handlebar to steer on Zwift. The idea is that you can navigate at intersections, place yourself where you want to be in the bunch, and take the racing line through corners.

It works with any direct drive or wheel-on trainer and, like a normal riser, it also levels your front wheel.

The JetBlack Smart Turn Riser connects to the rest of your indoor riding system via Bluetooth and is priced at $99 (about £76, although we don’t yet have a UK price). It’ll be available in about eight weeks.

JetBlack says that if you buy one of these you can use it on Zwift right away. If Zwift makes any game updates, JetBlack will handle these via its Volt app.

Don’t confuse this with JetBlack’s existing Turn Riser Block. This $69 device allows you to turn your bar to increase your freedom of movement while riding indoors but it doesn’t link up with Zwift. 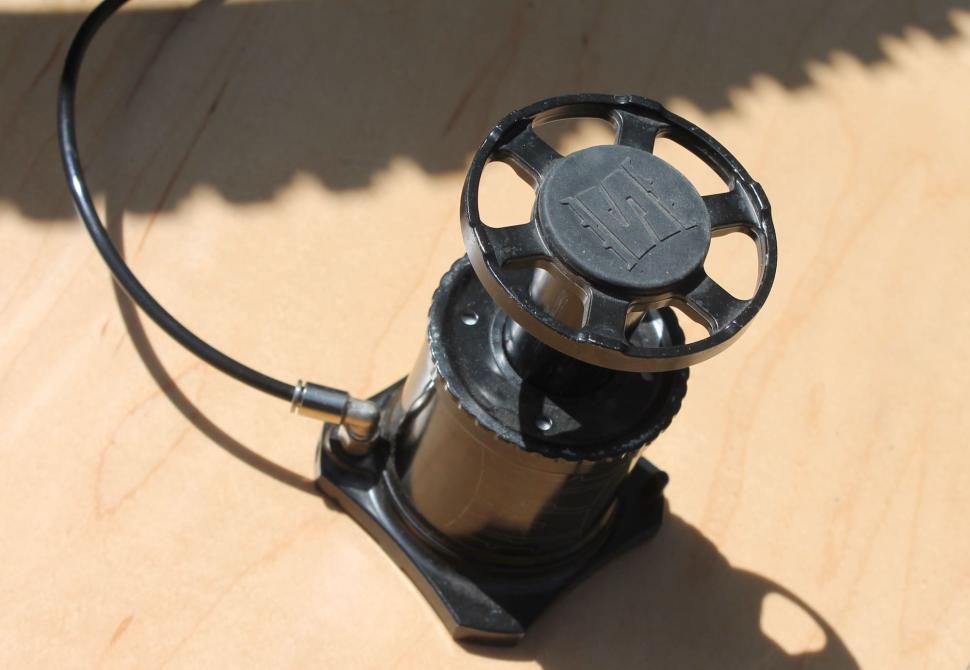 The Stompump is a compact foot pump that was launched on Kickstarter back in 2018, but we’ve never covered it on road.cc before… so here it is.

This is a US invention that’s made from machined aluminium with a flexible hose and stainless steel push-to-connect fittings. The team behind Stompump – which is also responsible for Bar Fly computer mounts – reckons that it’s about three times quicker than a hand pump thanks to the big ol’ chamber and piston. We gave Stompump a quick try at Sea Otter and it’s certainly a helluva lot easier to use too, what with your legs being much stronger than your arms. It feels stable enough on a flat or flat-ish surface.

The Stompump isn’t as heavy as you might think, weighing in at 185g. For comparison, a Lezyne Road Drive CNCed mini pump weighs 82-110g, depending on size. The Stompump’s mount can attach to bottle cage bosses or can be zip-tied elsewhere. 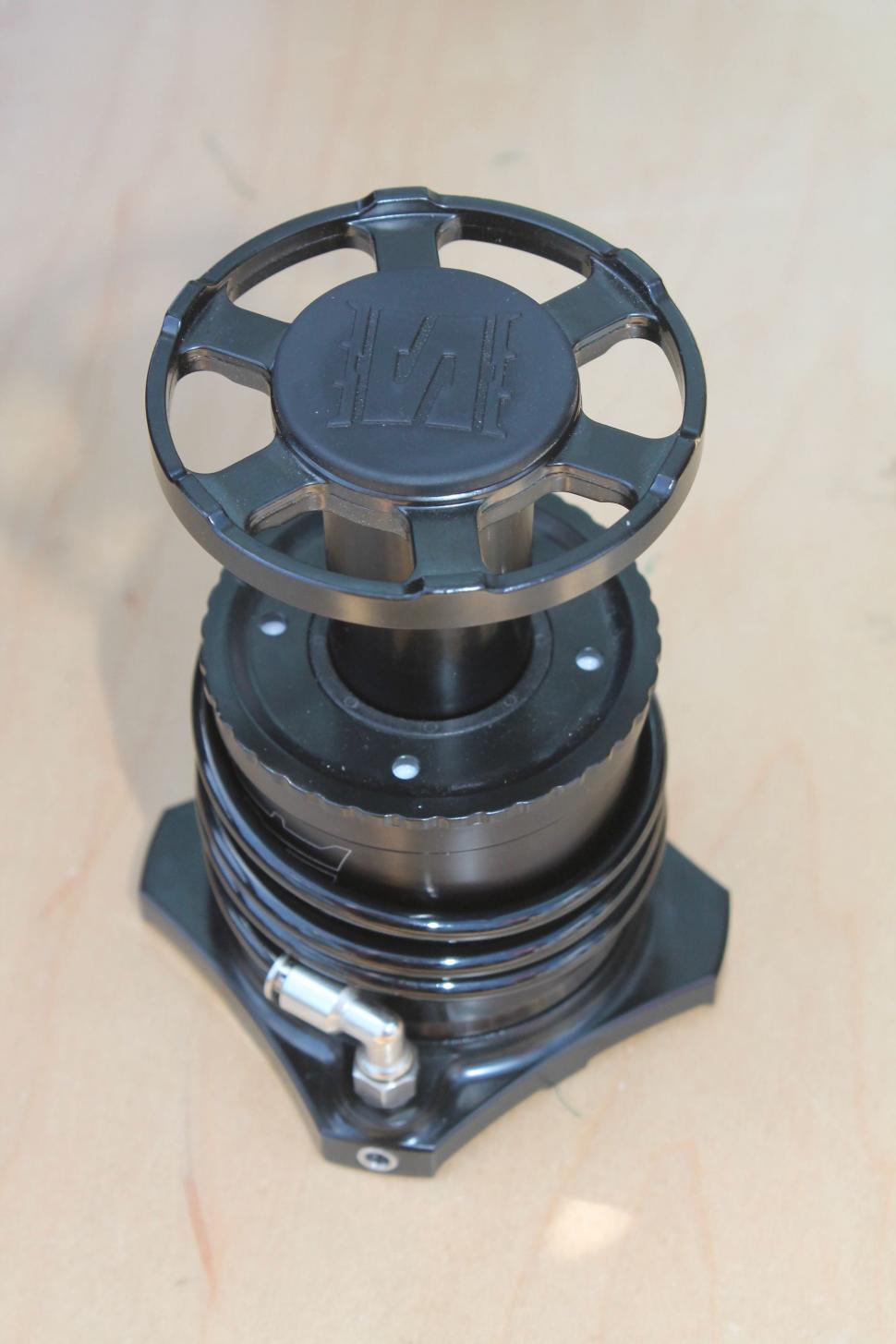 Stompump’s Woody Tate told us that it’s mainly geared towards medium to high volume tyres and can provide about 60psi, although that’ll depend to some extent on the person doing the pumping.

Stompump doesn’t currently have a UK distributor but you can buy direct for $69.95 (around £54).  It’s also available on Amazon.

We'll have a couple more roundups of bikes and other products from Sea Otter later in the week.