I’m sharing the road with more types of vehicle than I think I even knew existed. Many of them probably don’t outside of Cuba. There’s a horse and cart, a large-wheeled trailer drawn by two oxen, a bizarre hybrid of a tricycle with motorbike tyres, the king-of-the-road tourist coaches (identical but for their different numbers) and a few bikes of varying vintages too.

Of course, there’s a steady stream of the old American gas guzzlers for which Cuba is so famous too, even out in the sticks, well away from Havana as we are now. Of late there are an increasing number of Chinese imports making their more efficient way around the largest island in the Caribbean, but those 1950s cars still reign supreme, held together with paper clips and communist faith. I’ve been travelling across the island of Cuba for two weeks, and it’s almost time to make the epic full-day bus journey back to Havana, but there’s still a couple of days left in this wilder eastern end of the country. Most tourists make is as far as Havana and Varadero, transported between airport and hotel in identikit air conditioned buses, while the adventurous ones head over to Trinidad, the Bay of Pigs or Santiago de Cuba for a day trip or two, all part of the prescribed package “Cuba – the Highlights”.

It’s been a supported journey, with some bus transport most days, but to cover the whole island under just my own steam would have taken much longer than the two weeks of this trip. At 1250km long, it’s a BIG island. That aside, I’ve really felt like I’ve been able to appreciate moving through different landscapes, and the small towns and villages I’ve passed through have given a glimpse of the real Cuba rather than the largely sanitised tourist version delivered as a fait accompli. I’ll admit that on the hotter days I’ve been happy to not be among the ranks of those sweating and overburdened independent tourers I’ve seen labouring past, but I suspect they’ve said the same about us part timers unencumbered by anything other than a couple of bottles of water.

Starting out in Havana nearly two weeks ago, I’ve cycled through countless towns graced with beautiful colonial architecture and smart public squares – these days usually graced with a state managed wifi hotspot. The gently undulating pothole-strewn roads have taken me from sugar cane plantations to wilder feeling pastureland, along coastal roads with the Atlantic making its boisterous presence felt at one side, and on into the mountains that were the scene of so much of Cuba’s revolutionary past. 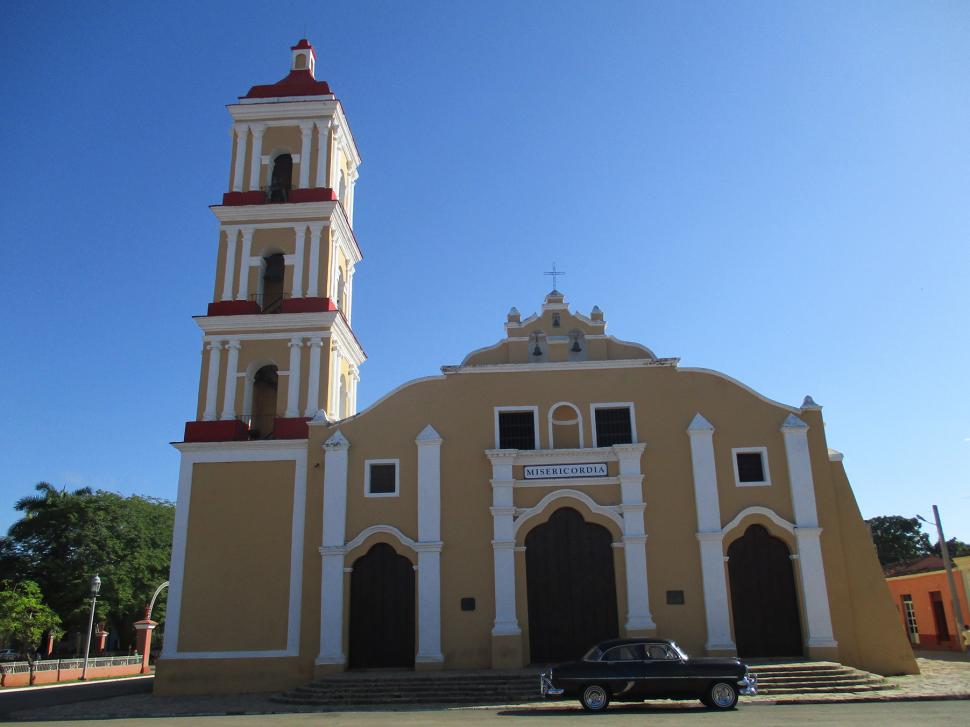 Every pedal stroke of the way there have been smiles and friendly greetings from the locals, with none of the antagonism of some other so-called cycling destinations I’ve visited (including the UK). With the mix of vehicles on the roads, there’s a refreshing lack of hierarchical behaviour. Only the tourist coaches and occasional haughty caballero have exhibited anything other than a “we’re all in this together” attitude, one so representative of life in Cuba in a larger sense too.

Highlights of my journey have been numerous. Foremost has been the relaxed camaraderie and chat of the riding itself, coupled with the sun and warm temperatures (later in the year “warm” can become “blistering hot”) and the sense of travelling through a genuinely unique country. Havana has its own magic, and is understandably the jewel in Cuba’s tourist crown – and surprisingly bike friendly for a capital city. 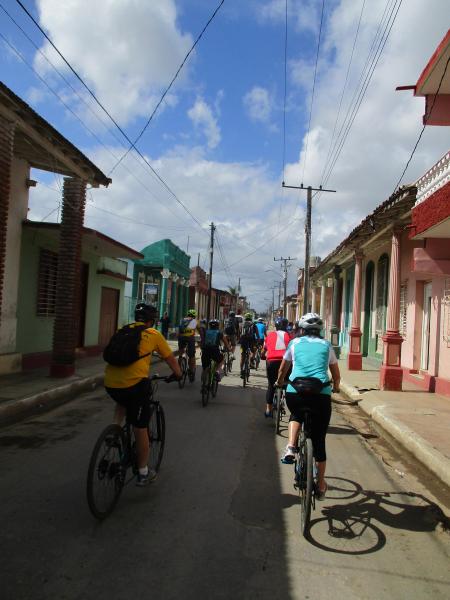 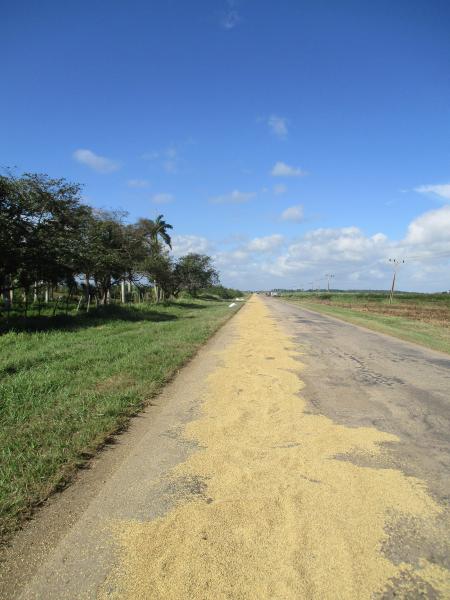 A well-earned dip in the Bay of Pigs was an amazing end to a hot day of riding, as was the off-road arrival at the secluded rainforest Hotel El Salton in the Sierra Maestra, while a rest day in charming colonial Trinidad gave the chance of a bit of sightseeing and even some dancing to loosen up those legs a little! 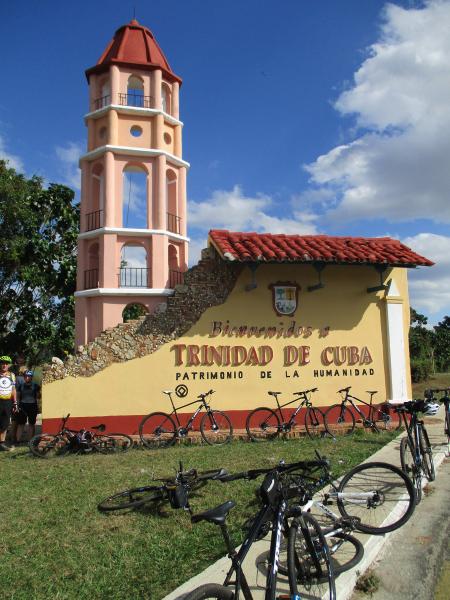 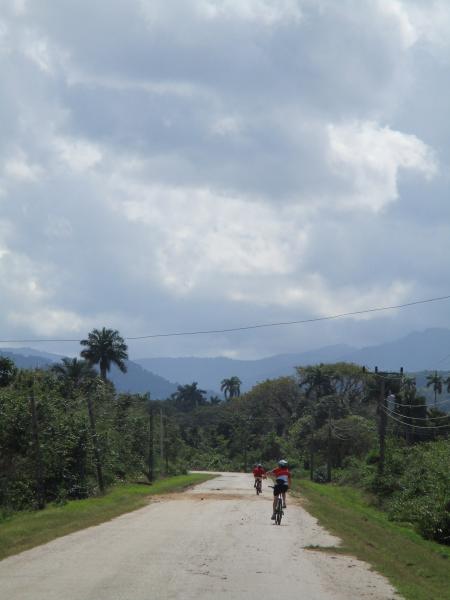 Riding days were always just the right side of challenging to remain enjoyable for two weeks, and the rest days were well timed. While the distances and terrain are relatively accessible, the heat can prove challenging and the ever present bus can be a welcome alternative.

Contouring around the coast near Gibara on tiny roads, the morning sun shining down, I’ll be genuinely sad to leave. It’s been a real break from the norm, with very little internet access, no advertising or slogans in sight anywhere, just revolutionary propaganda and motivational images. 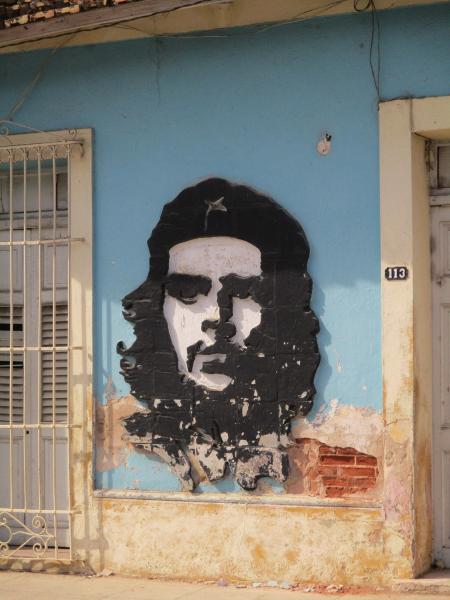 While part of Cuba’s charm may well be its seemingly stubborn refusal to enter the 21st century, and many fear for its future, I see instead a country whose younger generation fervently believes in the society its fathers and mothers built, but also believe in progress. Cuba has an interesting ride ahead, that’s for sure.

Exodus Travels’ fully supported 16-day Cycling Cuba trip covers the length of the island, taking in the best of the country’s sights and sites. Good quality hybrid bike hire is included and accommodation along the way varies from hotels to casa particulares. The trip is graded “moderate” and is accessible for any reasonably fit person who can ride a bike.

Price including flights from £2,239