A great early-season sportive, and the perfect way to pass Easter Monday.
by David Else

For an early-season sportive in the south of England, the Cotswold Spring Classic on Easter Monday ticks all the right boxes. A new improved route for 2010 cuts out some pot-holed lanes, but keeps most of the best climbs and all the finest scenery. The event’s distinct Cotswold flavour certainly remains intact.

From the start at Cirencester College, the route begins with a gentle 15 miles meandering on quiet roads through the Cotswold Water Park around Somerford Keynes - a nice and easy warm-up to the ride. Look out for a small river near the village of Ewen: this is the Thames just downstream from its source. 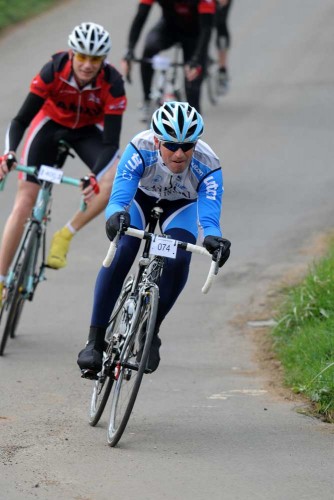 First real hill of the day is the sharp lunge up to Purton, followed by a few miles skirting Swindon and another stiff climb near Highworth. Then the route heads north, over the fledgling Thames again near Castle Eaton and into a more rolling section through quintessential Cotswold countryside of tranquil farmland, wooded valleys, and chocolate-box villages of honey-coloured stone.

The first feed is at Poulton (35 miles). Having ridden the previous edition of this sportive, if 2009’s feed stations are anything to go by, you won’t starve this year. Endless supplies of cakes, fruit and SIS energy drink meant the later riders on the road weren’t left with the dregs (a problem with some other sportives). And 10 out of 10 to the organisers for laying on some savoury biscuits too - simple but effective, and just what you need for taking the edge off one too many sticky gels. 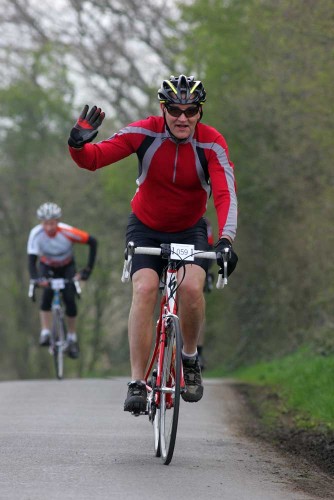 With belly replenished, it’s north again through the lanes all the way to Northleach. The routes cut across the grain of the landscape, meaning lots of scenic valleys, but lots of ups and downs too. The constant hills might bring on a sweat, but try to take a moment to enjoy the scenery too. With any luck the sun will be out, and shining on the wild daffodils.

Just after Northleach the long route does a hilly loop up to Notgrove, while the shorter route cuts across to Withington.  Then comes a nice straight section down an ancient road called the Whiteway, before branching west for a sharp descent into Woodmancote, followed - of course - by a stiff ascent on the other side.

And that sets the scene for the third quarter of the longer option: a lot of sharp ups and downs as the route wiggles its way through Edgeworth (second feed at 73 miles), uphill again near the appropriately named Painswick, and down into the narrow valleys around Stroud and Brimscombe. After the bucolic landscape further east, the steep escarpment of the Cotswold Edge has a more urban feel, with historic mills and terraced houses high on the hillsides - plus lots of stiff climbs to test the legs of weary cyclists.

Riders on the shorter option miss all this fun, taking a more direct (though only slightly flatter) route via Sapperton and back to Cirencester.

On the long route, the last big climb of the day is up on to Minchinhampton Common. It’s not that steep, but it goes on for what seems like miles. The gradient eventually eases, then it’s just 10 miles to go - with more downs than ups according to the route profile, but still a few hills to give a final sting in the tail. At least there’s a chance of the wind behind on the homeward straight.

Keep your wits about you on the last couple of miles along the A-road into Cirencester, swing into the college, and don’t forget to smile as you go under the finish arch. You’re home and done.

Last year’s start and finish facilities were good - showers, café, plenty of parking - and the organisers promise the same for 2010. All in all, the Cotswold Sping Classic is a great sportive to kick off the season, and a perfect way to spend Easter Bank Holiday Monday. Numbers are limited to 750 - very sensible, given the narrow Cotswold lanes that make this event so distinctive - so get your entry in while places are still available.  www.cotswoldspringclassic.co.uk/