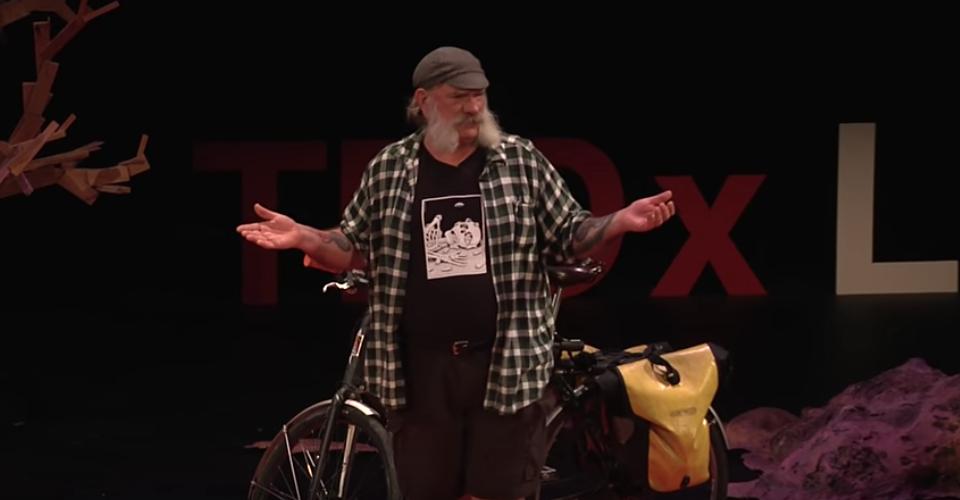 14 of the best cycling TED Talks

We've rounded up our favourite bike-related TED talks from around the interweb. Soak up some of the witty two-wheeled wisdom
by Jack Sexty

TED stands for technology, entertainment and design... of which all three relate to cycling in many forms, so there are plenty of TED talk videos out there on numerous subjects from cycling infrastructure, the health benefits of cycling and bike innovation. Here's a round-up of some of our favourites.

Arend Schwab: Why bicycles do not fall

One of the most remarkable yet poorly understood aspects of bikes is that they're stable when moving and therefore keep themselves upright. But why? Arend Schwab, assistant professor in theoretical and applied mechanics from Delft University of Technology demolishes some traditional explanations and comes up with some new answers.

David Camarillo: Why helmets don't prevent concussions — and what might

You get a concussion when your hit your head and your brain smashes against the inside of your skull, right? Wrong, says David Camarillo, and that's why helmets designed to prevent skull fracture don't prevent concussion.

Sanelma Heinonen is known at her high school as the girl who goes everywhere by bike, and she is — rightly — proud of it. She explains why.

Matthieu Witvoet: How can cycling change the world?

Although his first long bike ride after graduating ended on a wet and foggy English beach, that didn't put Matthieu Witvoet off. He went on to ride round the world with his cousin and in this talk shares five lessons he learned about minimalism, the circular economy and more.

Adam Stones hears a simple bicycle bell as the sound the future, the cha-ching of progress. The bike, he says, can be the single greatest tool in history for human progress, changing people and places and enhancing human happiness.

Jacob Klink: Why do I ride bicycles while all others are driving?

From his bike shop in Chengdu, China, Jacob Klink is trying to reverse China's recent decline in bike usage, and combine his love of bikes with his fascination for the Middle Kingdom.