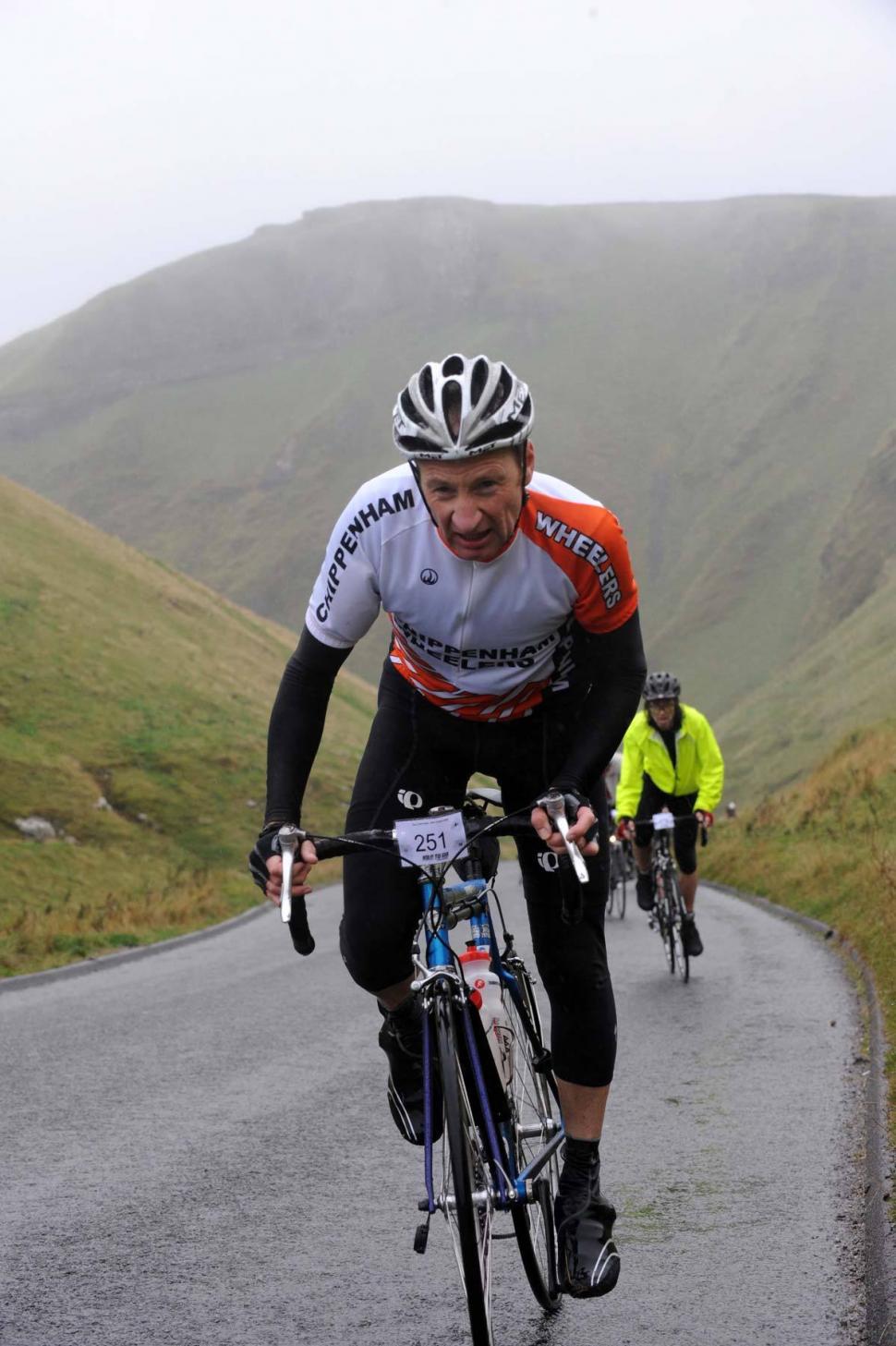 Tour of the Peak 5

Confessions of a sportive virgin…

It all started when I couldn't fit into a pair of trousers. And other reasons for riding sportives.
by David Else

As 2010 gets under way, with Christmas flab still settling, your New Year’s resolution might be to ride sportives for the first time. David Else recalls a rookie season, and offers a few words of inspiration.

It all started when I couldn't fit into a pair of trousers. Christmas and New Year had taken their toll on my waistband. My wife said I had middle-age spread. And that was enough. I dusted off my old steel bike with its 27-inch wheels, and took up road cycling again.

That was back in 2007. I'd done some racing in my school days, and had always enjoyed pottering about on a mountain bike, but this was the first time for decades that I’d done anything close to training.

At first, progress was slow. In early-January, I did a couple of 20-mile rides, and on one sorry occasion had to stop for a rest in bus-shelter halfway round. I needed more of an incentive, and decided to have a crack at some sportives, with the aim of doing a 100-miler in a reasonable time by the end of the year.

From those hazy schoolboy days, I recalled the importance of ‘base miles’, so through February and March I built up the distances, doing 40 miles, then 50 miles, then 80 miles on weekly rides with a couple of buddies. Some of those outings were really tough. Long hard days over the Pennine and Peak District hills, often in crappy weather. But we kept on going out, hoping the pay-off would come later in the season.

In late March we rode our first sportive, the Cheshire Cat, a 100-mile course through the rolling countryside around Macclesfield. Actually, it wasn't all so rolling. The steepest hill was 1 in 4, which meant a few sporty types were over-geared and forced to walk. We felt just a tiny bit smug as we managed to keep on pedalling all the way to the top. 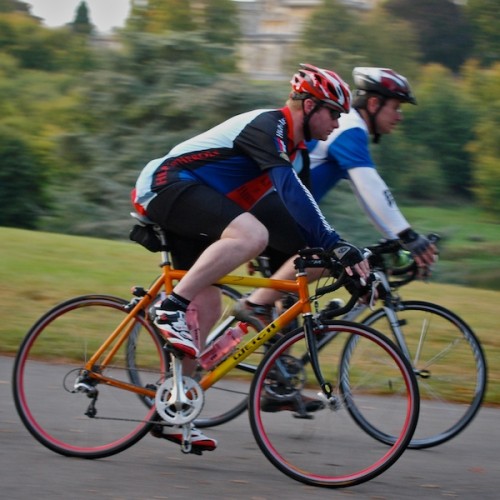 I’d done Audax rides back in the day, but the modern world of sportives was a revelation. They’re just so much fun, and so straightforward. Cynics might say sportives are for flash gits to play at racing, without the need to actually race. It’s a fair cop. But I was loving it.

Then one of my buddies proposed the most famous sportive of all: the Etape du Tour. In 2007 this was a 120-mile jaunt through the Pyrenees, taking in five major cols and about 4500m of ascent. A bit more daunting than a half-hour struggle up Holme Moss, but I was feeling confident.

With something to aim for, things got more serious. We started looking for sportives featuring hills. Lots of hills. So our next event was the Richmond Five-Dales, another 100-miler through North Yorkshire. The sun shone, the roads were dry, and we were delighted to get round in about 8 hours. The fast boys did it in 6 hours or less, but we were happy. 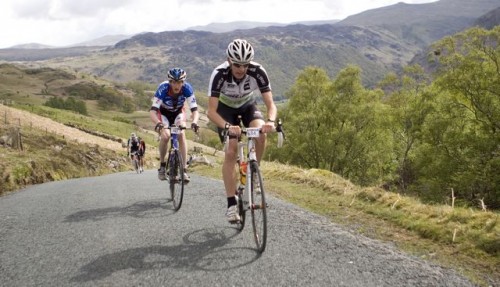 Next came the Fred Whitton Challenge, the notoriously tough sportive through the Lake District. Unfortunately, we couldn't get a place (we later found out that all had sold out within a few hours) but we went up the weekend before and rode round the course. Compared to the Five-Dales, it was a tougher course - especially the muscle-searing Hardknott and Wrynos passes - but we were glad to cover it in about 8 hours again.

In between the sportive outings we kept up the weekly rides, usually doing between 80 and 90 miles. Not eyeballs out, but no café stops either, keeping the legs ticking over nicely…

In June, we rode the Polka Dot Gran Fondo, a classic sportive through the Peak District, including the long and winding Cat & Fiddle road across the moors near Buxton, and the outrageously steep Winnats Pass near Castleton. Traditionally, the Polka Dot is the last big sportive before the Etape du Tour, and some riders took it very seriously. We couldn't keep up with the fast types, but by now those long winter rides seemed to be paying off, along with the experience of the other sportives, and we romped round the 100 miles in about 7 hours.

The Etape in July was a great trip, but I wasn't in the best condition. I blame a dodgy pizza the day before -- that'll teach me for taking a café stop. I finished, but it wasn’t pretty. Less said, the better.

Back in Blighty a couple of weeks later, I’d fully recovered, and we rode the Spud Riley, an old-skool event round the Derbyshire lanes. Once again, 100 miles, but with times now down to nearer 6 hours - a fantastic way to finish a first year of sportive riding. 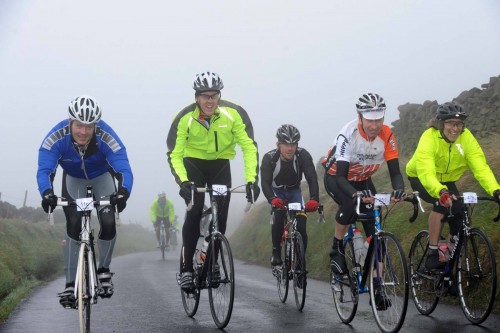 So that was 2007. I went from overweight loafer to regular sportiviste in about six months. If I can do it, anyone can. And I have to admit I'm now hooked. Each ride is a challenge, through great scenery, with like-minded company. Who could ask for more?

Since then I’ve ridden many other sportives around the UK – including the Cotswold Spring Classic, the Tour of the Peak, Wild Edric, Blenheim Palace, New Forest and the Exmoor Beast – and even one in Australia.

For 2010, the season will start with the Cheshire Cat in March. Other sportives on this year’s hit list include the Dragon Ride and the Dartmoor Classic. And in July I’m heading off to do the Etape again, back to the Pyrenees and one of cycling’s most iconic cols – The Tourmalet. But this time I’m steering clear of pizza the day before. 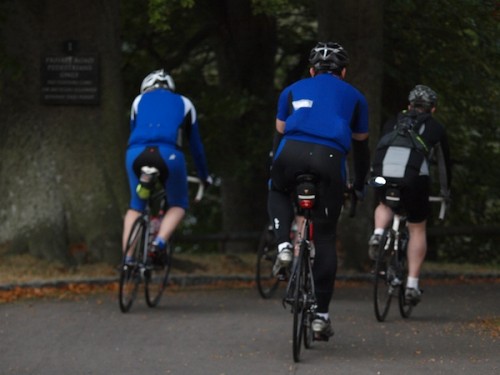