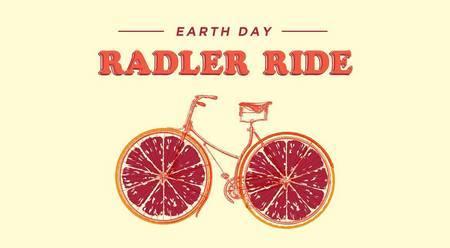 Rest of the World

Enjoy a casual guided bicycle tour around Columbus, beginning at The Crest Gastropub (Clintonville) for coffee and breakfast before heading off to some of the city's best eateries.

Along the way enjoy four of Cavalier's best beer and Radler offerings. Did you know that the term Radler originates with a drink called Radlermass (literally "cyclist liter") that was originally created by Innkeeper Franz Kugler? During the great cycling boom of the Roaring Twenties, Kugler created a bicycle trail from Munich, through the woods, which led directly to his drinking establishment. On a beautiful June day in 1922, a reported "13,000 cyclists" crashed Kugler's party. Fast running out of beer, he blended it 50/50 with a lemon soda he could never seem to get rid of, and the rest is history.

The focus of our Radler Ride is to show the ease of cycling around our fare city with friends while having a fun and safe time. We will be meeting at 10:30 am at Crest Clintonville for a quick breakfast before launching off at 11:00 am to see the city. Arrive back by 1:30 pm to Crest Clintonville and partake in our annual Earth Day Celebration!

We should mention, there will be swag bags and one lucky rider will win a newly refurbished bicycle!

Along the way, each stop will feature a different beer or Radler. Stops include The Market Italian Village, The Crest (Clintonville), The Crest (Parsons), and Fourth Street Bar and Grill.

Beer and food are included in the ticket price!

Tickets are $25 and Cavalier Distributing, Kronenbourg 1664, and AandR Creative Group will be donating a percentage of the proceeds from ticket and draft sales to The Society for Ecological Restoration.

Ticket sales are limited to 50 people and sales end April 26. Spaces will fill up fast! So grab your spot.