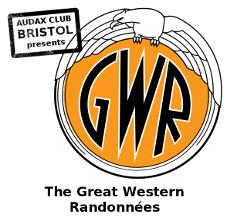 Day and night, fast and slow! Beautiful valleys with the odd hill thrown in including Cheddar Gorge, maybe in the dark with its looming walls. Stunning views en route, if it's clear you can just see The Needles!

Heading out from Warmley Station along the Bristol to Bath Railway Path and through the 2Tunnels under Combe Down you will make your way into Wiltshire and cruise down the amazing virtually traffic free Wylye Valley, which the still operational GWR Wessex Main Line follows to the historic town of Wilton with its Italianate Church. Hopping over to the Chalke Valley, named after a small tributary to the River Ebble emerging at Broad Chalke, you head towards Shaftesbury after a couple of climbs; the first onto Charlton Down on a section of old Roman road between Bath and Badbury Rings, here you may see on the horizon The Needles if a clear day. Using predominantly B roads from now you head to Wells, here the road named Strawberry Way follows what was once the old Strawberry Line named after the local produce. Level riding through Somerset to Cheddar and its mighty Gorge, most likely in the dark with its looming rock faces, you ascend The Mendips to the Chew Valley and the arrivée at The Holybush Inn, Bridgeyate.

Hopefully tea, coffee and bacon and/or egg rolls will be available at the start from Warmley Waiting Room depending on new owners once they move in in November. Public toilets will be open from 06:30 located in the small free car park. This has a height barrier so be warned but it is often left open. Please do not park at The Holybush Inn; people live there and don't want to be woken at the crack of dawn by cyclists scrabbling to unload bikes, also they'd like to reserve the car park for their regular trade. As Warmley is ideally located on the Bristol to Bath Railway Path I'd hope all those coming from Bristol and even Bath cycled to and from the event.

Any questions or queries please email the organiser direct; address in the tickets link.