An Evening With Ned Boulting 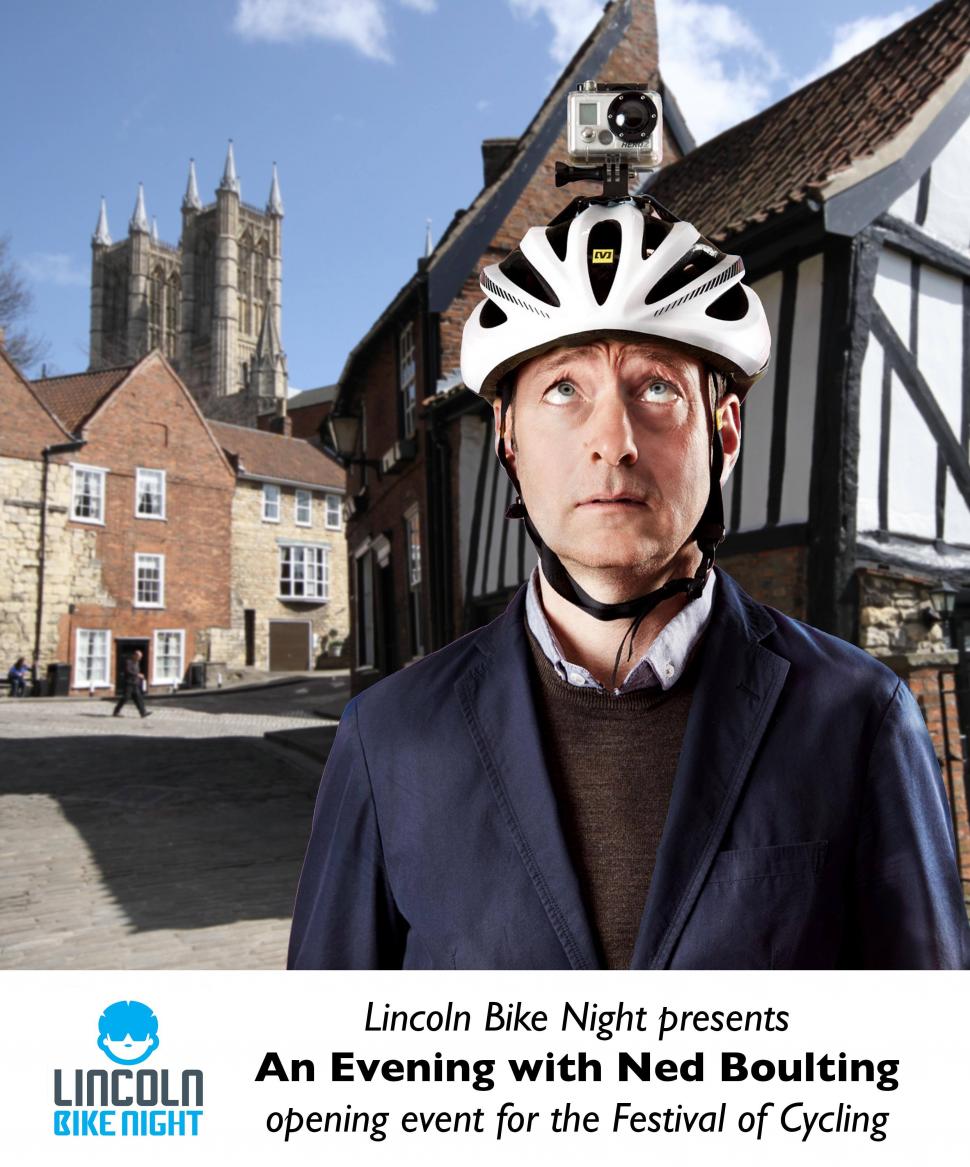 Lincoln Bike Night is proud to bring you a one off special evening with Ned Boulting, 16 year veteran broadcaster of the Tour de France, to open the Lincoln Festival of Cycling, culminating in the UK’s most popular pro race, The Lincoln Grand Prix.

Journalist, television presenter and best-selling author Ned Boulting presents an honest, self-effacing ride through the world of amateur and professional cycling. Providing a unique insight into the personalities that dominant the sport, including exerts from his unique sell-out Bikeology show.

What drives the cyclist (apart from a sturdy, well-oiled chain) to such ecstasies of endurance? What curious, deep-rooted passions are aroused by the sight of a simple pair of padded shorts? What on earth is a derailleur? And what is so special about Michaelgate?!

From the humble commuter to the winner of the Tour de France, Boulting takes an off-centre look at what it means to ride a bike, drawing on his own underwhelming adventures in the saddle to his fourteen summers spent hurtling around France in pursuit of the sport’s biggest name including no less than Cavendish, Wiggins, Froome and of course Armstrong.

A breakneck descent through the history of the sport followed by a lung-bursting climb into the present day - all two-wheeled life is here. Keep your wits about you, as you could be up on stage to compete in the ultimate test of bicycle maintenance!

“One of the best loved and famous one day British races, The Lincoln Grand Prix is a race I have yet to witness first hand.

Where did you say Lincoln is….?”