Kings of the Road with Robert Dineen and Vin Denson 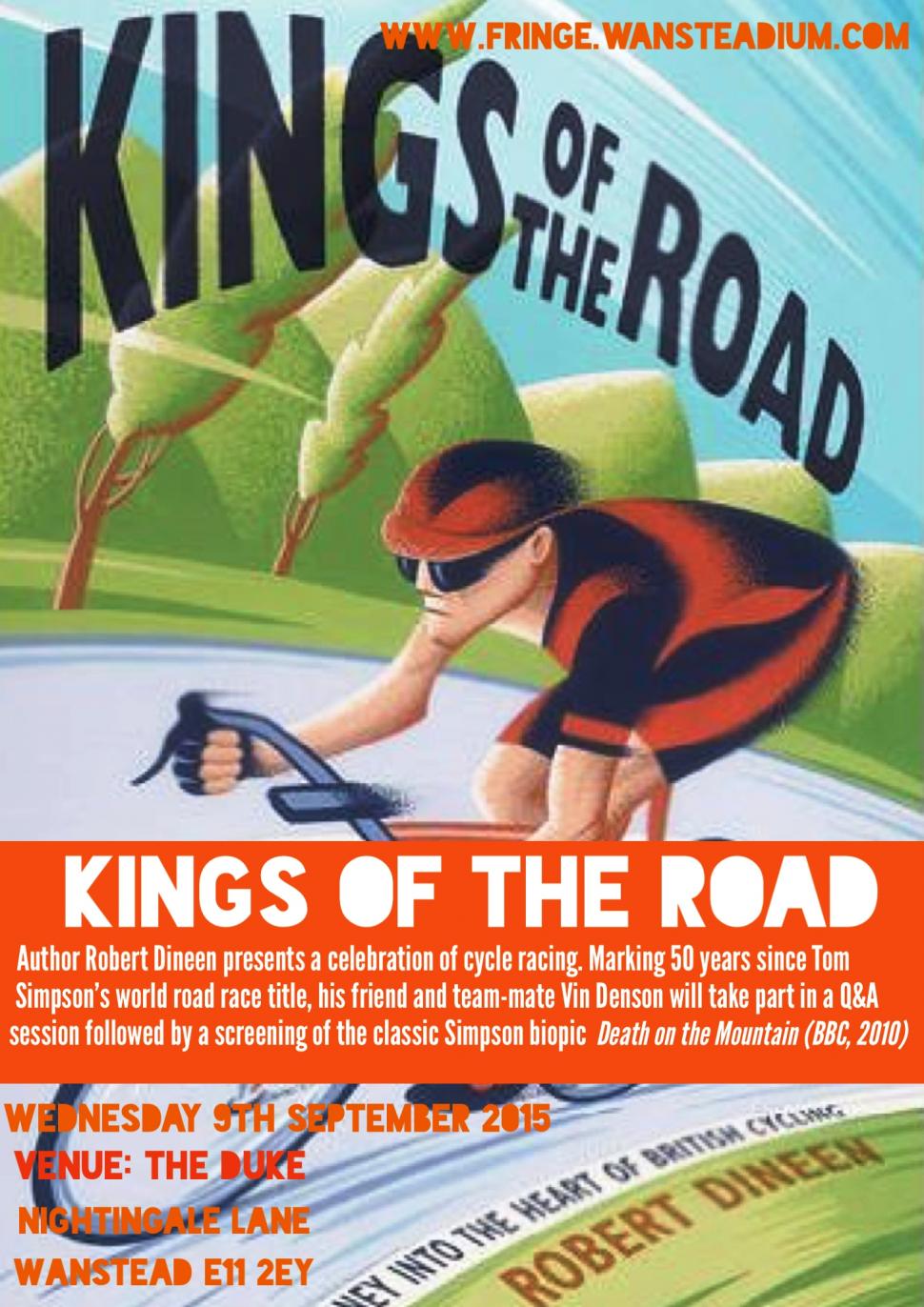 This is a free event celebrating the "Kings of the Road", and in particular the 50th anniversary of Tom Simpson becoming Britain's first world road race title holder in 1965.

Simpson's friend and team-mate, racing legend Vin Denson, will take part in a Q&A with author Robert Dineen, who has recently published "Kings of the Road" (Aurum Press, 2015).

Vin will relive some of his experiences and has also agreed to bring along some items of memorabilia for display and sale.

We will then be showing the 2010 BBC4 documentary "Death on the Mountain: the Tom Simpson story" by kind permission of the BBC.

Before the main event starts at around 8pm, Cycle Alert will be presenting their safety equipment which is free to cyclists.

The event has been organised as part of the 2015 Wanstead Fringe.