Ever wondered how road.cc makes money? Wonder no more 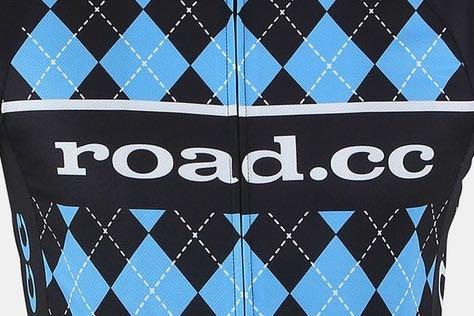 road.cc mens-race-1 crop.jpg
Lifting the curtain on how road.cc pays its way

People often ask me how we pay for all of this… the palatial office, the jet-setting bike journo lifestyle, the cake?

Well, close the blinds, turn up the radio, lean in a little closer, scroll down and I’ll tell you…

Yep the ads pay for most of what happens on road.cc, there are some other things too which I’ll tell you about in a moment, but mostly it’s the ads – of which there are two types: bike industry ads, which we call direct ads; and programmatic ads – the rest.

Despite the growth of the latter bike industry ads either brands, retailers or UK distributors still form a very important slice of our overall revenue.

Does that mean we’re in their pockets? As if.

I know some of you won’t believe me when I say this but that doesn’t stop it being true.

What matters to our advertisers - more than the numbers of people who come to the site every day is road.cc’s reputation with those users - that’s what they are buying in to. That’s just one of the reasons why our reputation with you is so important to us  and why we’re not going to do anything to jeopardise that reputation. Our advertisers wouldn’t expect otherwise - especially when it comes to reviews. They’ll take a bad review on the chin if people trust the good ones.

Cycling related ads - sold to advertisers in bundles of 1,000 views - pay for a fair chunk of what we do on road.cc but not all of it.

Back in the day (2014? I think) when I wrote the very first version of this piece I talked about us selling off our spare ad slots on the ad exchanges – things have moved on a bit since then: the site has grown (a lot); online advertising has changed (a lot); how the bike industry like to spend their marketing budgets has changed* (a lot) more on that later; and since 2016 the world is a less certain place (a lot). For us that list breaks down in to two positives, one challenge and one negative.

The fallout from the 2016 referendum forced us to accelerate the process of diversifying where we earned our money and luckily the growth in site traffic and the ever evolving world of online advertising offered a solution - programmatic advertising. Every time you load a road.cc page on to your digital device real time auctions are taking place for every ad slot – the winner gets access to your eyeballs. So far the British cyclist’s  eyeball has been a fairly stable unit of currency in uncertain times. No surprise then that these sorts of ads form the other big pillar of road.cc’s finances.

We’ve set tight rules on who and what gets access to your eyeballs so no autoplay video ads or other annoying formats and we’re fairly picky about what’s being advertised too. Stuff we don’t like does occasionally get through, but if we see it, or you tell us about it we get rid of it.

We have not direct relationship with these advertisers – they simply want the chance to advertise their wares to people like you, and to ideally do it in an environment you like and trust. So again, it’s in everybody’s interests that the programmatic ads that get served don’t annoy you. Yes, it can be a tricky one to balance but believe me we are always trying to make sure we get it right.

If the bike and programmatic ads pay the rent, wages, and keep the lights on, then the affiliate links buy the cake and pay the coffee bill and some of the other bills too. We don’t make massive amounts of money from them but they’re a nice to have marginal gain from something we’d do anyway.

Nearly all the links on road.cc to somewhere you can buy something are affiliate links – some aren’t, if it's not an affiliate link it's because whoever is selling that product isn’t part of an affiliate linking program and we wouldn’t not link to them if they weren’t. If you click on an affiliate link and buy something we get a small percentage paid back to us. Very small. We’d put those links in anyway because it’s helpful to the person reading the review or buyers guide so if we get something back it’s a bonus. We’re not alone in using affiliate links - most websites use them, and certainly all of our competitors, we’re just telling you.

The main places they appear on the site are in reviews and buyers guides and our approach is to find and link to the best delivered in the UK price. It can be a slow process because the best advertised price is not always the best UK delivered price so we actually have to go and stick stuff in baskets to make sure. In fact it became such a labour intensive process that a few years bak we signed up to an automated system –  Monetiser101 powers our Daily Deals section and the price comparison widget plugged in to our reviews and many of the deals in our DealClincher site. The other buying links are still done the old fashioned way though.

The M101 widget is still tasked with pulling in the best delivered in the UK deal and we’re confident that in the vast majority of cases that’s what it’ll do. If you can find something cheaper just stick a link to it in the comments.

The big advantage for us, apart from the money, is that it will free up time for our reviews production team, the big advantage for anyone reading the review is that that widget is constantly updating so there will always be a choice of relevant deals.

Any downsides? Well the Monetiser widget can only read data that is uploaded to the affiliate networks so if a retailer is not part of a supported affiliate network it wont pull in their price. That said, we reckon we’ve got the vast majority of online retailers covered. If Monetiser can’t find a retailer selling whatever it is then nothing will show and we go back to doing it the old fashioned way of trying to find a shop selling it online and linking to them.

For Christmas 2016 Santa gave all the marketing people in the bike industry a powerpoint presentation on why native content (as it’s called on the other side of the fence) is a good thing. Or that’s the way it seemed at the start of 2017 when for a brief period everyone wanted to do ‘something cool’ that wasn’t an ad.

I’m not a fan of sponsored content (but you probably guessed that) I think it blurs the line between the part of the page that’s trying to sell you stuff and the part that’s trying to tell you stuff. But I also have to admit that I’m in a minority on this one and that crucially, you the people who read and comment on road.cc tell us that you don’t mind sponcon (as we call it on this side of the fence) so long as it’s relevant and informative. Plus I have to admit that even back in the old skool we never had a problem with a brand sponsoring parts of the site like #Mycyclingweekend or our Tour de France coverage.

So my attitude has softened – people paying you money will do that, but also bike industry marketing people are smart they know this stuff only works if it’s relevant and interesting. Sponsored first looks or range over-views are simply a way of guaranteeing coverage – their involvement in producing the article runs no further than asking us to do it, furnishing us with all the technical information necessary and checking that we’ve got got the technical bits right.

Crucially we have editorial control over all the sponcon run on the site if we don’t like it we won’t run it. And this isn’t new money it’s parts of the bike industry re-allocating money they’d otherwise have spent on advertising.

Coming very soon – we’ve been kicking this one around for ages, you have told us it’s something you’re interested in (well, some of you have) and it’s another way to help us keep on doing what we’ve been doing.

Well you can buy road.cc cycling kit, or some Cyclists! Stay Awesome stickers… we’re always happy to sell you those.