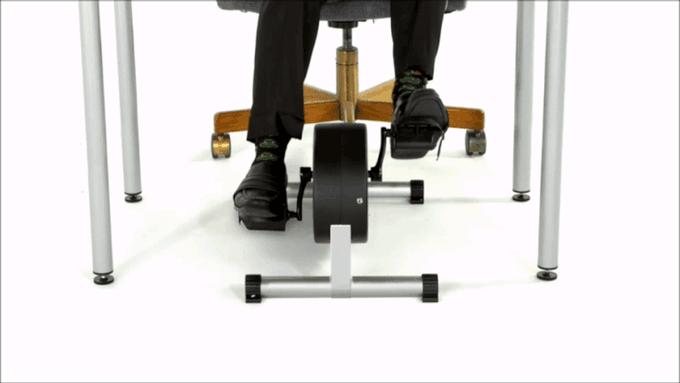 Pedal at your desk with the Cycli trainer, now on Kickstarter

Sit at a desk all day and wish you could be pedalling your bike? Here’s a potentially simple way to fit in some more miles without skiving off work. It’s the Cycli, a Bluetooth-enabled under-desk trainer that has taken Kickstarter by storm.

The Cycli is a compact pedal trainer with an adjustable magnetic resistance unit, a rechargeable battery (so you can take it anywhere with you) and easy touchscreen interface. It tracks your progress, including the number of calories expended and distance pedalled.

The company has given it Bluetooth and developed a companion app, which allows you to compete against other people using the Cycli trainer, whether office colleagues or people around the world. The company realises it’s often easier to stick to a fitness goal if you’re not doing it alone.

A large LCD touchscreen provides easy access to the key features like time spent exercising and calories burned. A turn-dial provides various levels of resistance and the magnetic resistance device inside the device is claimed to provide smooth and quiet operation, so hopefully it won’t have the entire office shouting at you to turn down the noise.

The product has been developed by a specialist technology company called FlintRehab that for the last seven years has been building tools aimed at helping to rehabilitate people with injuries. Recently it has decided to expand its product line to help people in need of increasing their fitness. 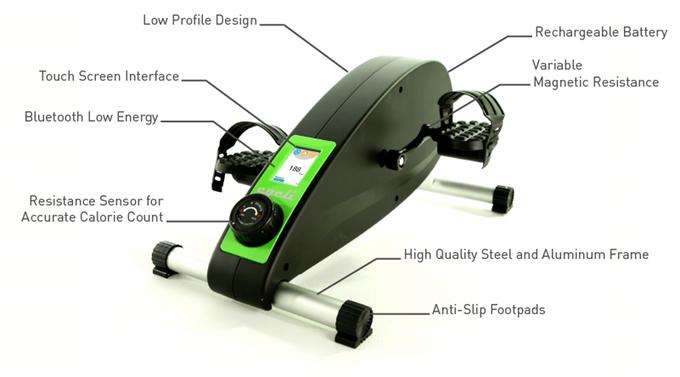 “…It’s no surprise that we don't exercise as much as we should. Most of us sit all day at work looking at a screen, and when we go home we either have no time for exercise or are too tired to do anything but lounge on the couch and watch TV”” says the company.

"Because of this, we wanted to create an exercise tool that people can use while they are going about their daily lives. We sit for an average of 8 hours per day, so why not put those sitting hours to better use?”

The company put its Cycli on Kickstarter with a $35,000 funding goal, and at the time of writing with 19 days to go, the funding figure is a staggering $131,076, gained from 956 backers. The product has clearly hit a nerve with people. The product will retail for $199 but you can currently bag one for $119 with an early bird special if you’re quick. The only downside to all this is that the company says it will only ship to the US.