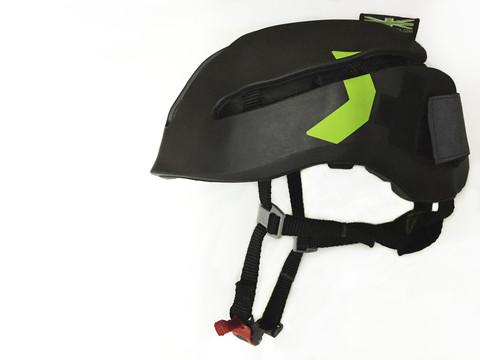 A British company is looking for funding for Headkayse, the world’s first multi-impact folding helmet that passes legal safety standards. As well as being designed and developed in the UK, the Headkayse will be manufactured here too.

The Headkayse helmet is made from a material called Enkayse that was developed at a small factory in Somerset, and it can put up with multiple impacts.

“The reason why we’ve made [the Headkayse helmet] is that expanded polystyrene [helmets] do work, they save lives, but they're limited in the sense that if you hit them once you can’t hit them a second time,” said George Fox, Headkayse's technical director.

“This helmet, you can throw it on the floor and give it a really bad time. We’ve done testing to the point that we know that this is going to pass European, American, Australian, Japanese, pretty much world safety standards.”

The vast majority of bike helmets are made from expanded polystyrene (EPS) that breaks and compresses on impact. Once one of these helmets gets whacked hard, that’s its life over. 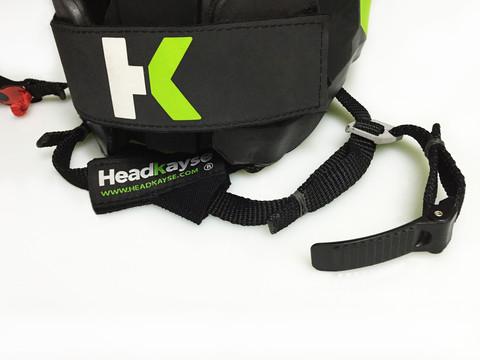 The team behind Headkayse believes there are better alternatives and says that the new Enkayse material achieves EN1078 European safety standards after repeated impacts. The helmet flattens by 70% to just 5cm wide for stowage.

“The good news is that this isn't just about folding,” said Headkayse’s managing director Andrew Redman. “The flexibility makes for a helmet that's much more robust. You can really chuck the Headkayse around without worrying whether you need to replace it. 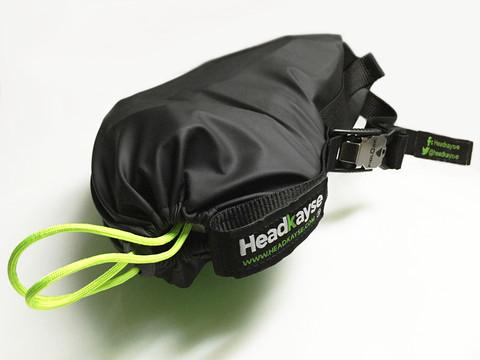 “It provides multiple impact protection, so it’s great for mountain bikers or kids, and it’s more comfortable as it  conforms to all head shapes.

“It looks better, partly because it adapts to your head shape and partly because we purposefully developed a more flattering helmet look, based on our analysis of thousands of different helmets, including in fields such as military, snow sports and even sci-fi / gaming.”

The Headkayse team is looking for £60,000 in funding on Indiegogo to pay for the final production tooling development, perfecting the fittings, setting up UK production, and organising final approval in accordance with all world safety standards.

While this first prototype is designed to be a foldable urban helmet, the technology used would also lend itself to other types of cycle helmet too - with a more performance oriented road option being an obvious next step.

The current prototype weighs in at around 350g, but when Andrew Redman popped in to the road.cc office to show us the Headkayse, he told us that the team has already worked out how to slice some of that weight off the next version, and a performance road version could be lighter still.

The Headkayse will retail at £89 but you can be in line for one yourself if you’re among the first 300 people to donate £55 on the Indiegogo page. The cost gradually increases if you miss out on one of those slots.