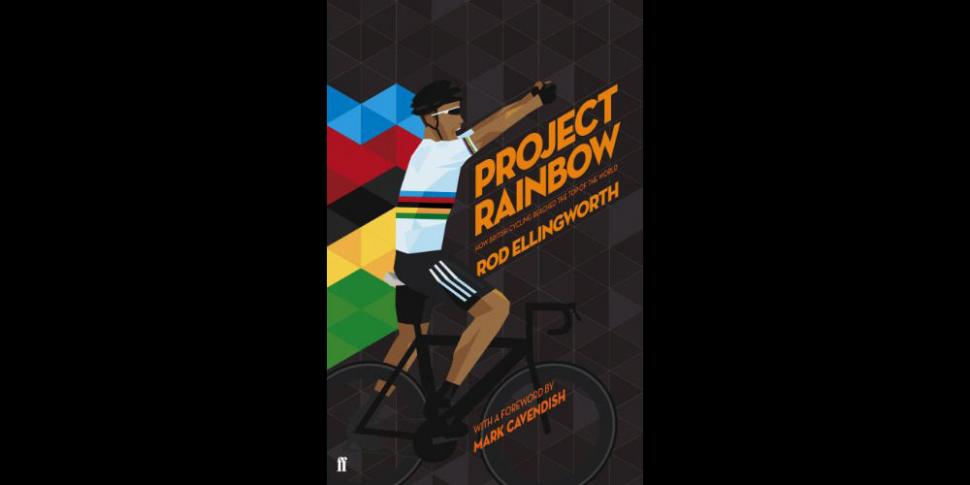 Project Rainbow - How British cycling reached the top of the world, by Rod Ellingworth

8
10
A good read. Ellingworth is entitled to write a critical account of British Cycling's methods as the results of his own are so plain to see
Weight:
565g
Contact:
www.faber.co.uk

A dictatorship based on sound democratic agreement is the only way to run a boot camp and Rod Ellingworth's Project Rainbow shows you why national service should perhaps make a come back.

Written with William Fotheringham, Project Rainbow is Rod Ellingworth's account of how he gathered together and motivated the group of pro riders that helped Mark Cavendish win the 2011 World Road Race Championship in Copenhagen - or at least delivered the Manx Missile close enough to the finish for a scuffle and a deep-dig for the line.

After a glowing introduction by Cavendish himself the book begins with Ellingworth's view from the team car and his nerves on that big day in Copenhagen before whisking the reader back in time to how it all began. Not the push for the jersey but how Ellingworth began with British Cycling and his work on the Academy - the boot camp he devised and built to maximise British talent.

I last saw Ellingworth at the Tour of Britain in September - moving tape and shepherding Team Sky team cars himself across the mud in the lashing rain at Knowsley. Our Rod's always smiling, always animated. I've always imagined Ellingworth to be a kind of Rodney Trotter to his mentor Shane Sutton's Jack Palance.

But considering what he's achieved in the past 10 years, it's no real surprise to discover that Rod's got considerable willpower and a personal cycling history that provided him with enough frustration to make real changes for the generation he mentored with British Cycling.

It's a familiar story. A promising British Cycling rider himself in the late 1990's Ellingworth had to take the only option for advancement then - struggling against a dope riddled peloton on every race in Belgium and France. 'I was going in with Boots Multivitamins and couldn't work out what the hell was going on,' he writes.

Not quite making it in time to be high earning pro Ellingworth applies to join the Fire Service. Luckily for the future of British Cycling years of flogging a bike in competition apparently doesn't show the commitment you need to sit reading the Mirror and waiting for the big red bell to ring. After a couple of years grafting with his own personal coaching Ellingworth gets a call to help out at British Cycling's fledgling talent team.

British Cycling at the time were used to individual clock watchers like Boardman and Obree and therefore used to doing it all by the numbers. If you managed to sprint the distances within the age-related times set you were on the track programme. Ellingworth was incredulous.

He writes: 'It wasn't a question of 'Here's the fastest time in the world. Let's pick the riders who can get closest to that'. It was 'Here's a minimum standard that can get you in the national programme' That system doesn't produce winners'. Then Ellingworth found out some under-23 road racers on the programme had no experience of crashing on tarmac.

'They were doing only twenty or twenty-five days of racing a year, but they didn't have to win those races as long as they could keep doing their qualification times... everybody was wrapping them up in cotton wool.'

By studying what Australia was doing with their young riders - packing them into a house together in Italy and having them race as much they could as a unit - Ellingworth came up with the Academy. Individual rider funding was halved with the savings going on accommodation.'

'That left the riders with £58 per week to live on, which I thought was just enough; from that all they had to do was buy food. Everything else was provided.'

Houses were sorted out in Manchester and the first six Academy students interviewed, chosen and moved in. They included a 'fat little barrel on a yellow Dolan bike' who wasn't providing the power readings so beloved of traditional British Cycling thinking. Mark Cavendish would soon be weeping at the side of the road on training runs, but within 18 months of the Academy was winning a junior worlds title on the track in Los Angeles.

All the fondly remembered tales are here: commuting through rainy Manchester on bikes, long days at the velodrome, learning French, living in accommodation subject to snap visits by Ellingworth, arguments over who hasn't cleaned the kitchen, girlfriends hiding in cupboards after curfew, Cav getting a splinter of velodrome wood through his pecker... Ouch.

The Academy quickly became a privilege, not just a part of the British Cycling programme. It was a boot camp to turn those already committed to a career in cycling into the very best in the world.

Ellingworth cannily establishes the rules with input from the riders themselves. A jersey presentation at enrolment in front of your fellow riders and your family serves to re-enforce a rider's commitment but Ellingworth was also quick to dole out punishment when rules were broken.

'I wanted to be straight in - whack - and make bloody sure they know where the line was. We are not going to mess about.' Cav is 5 minutes late for a race? He gets to wash all the bikes afterwards before they leave the finish. Ben Swift late to travel to a Moscow race meet? He goes straight home again.

Running a boot camp for eager under 23 year olds is all very well but trying to build a team of hardened old pros to support Cav in the World's was a very different proposition and Ellingworth describes using more carrot than stick with the likes of David Millar and Bradley Wiggins.

Asking the riders what's been wrong with their involvement with British Cycling in the past (lack of communication mainly), showing them Simpson's jersey and keeping all the potential riders together via email newsletters worked a treat. Ellingworth is an honest soul and admits to finding Clive Woodward's autobiography, a British Lions training video and even Gordon Feckin' Ramsey's Kitchen Knightmares as useful guides on how to inspire a team - and they work.

Apart from Wiggins of course, who isn't a surly wash-up you can sack for taking too many fag breaks, and although Brad is happy to commit to the race he doesn't turn up to anything as irksome as regular training sessions or a motivational slide show. With Ellingworth still working with Wiggins at Team Sky any annoyance at Wiggins' 'McCavity' act is dismissed with the 'Brad is Brad' schtick. A good answer when a stick is out of the question.

Not that Ellingworth is shy to stick the boot in here and there. A few British Cycling coaches are castigated for their fluffiness and Max Sciandri gets a few whacks - especially for his Italiano habit of meeting the lads for a coffee at 10am and then doing the training ride. Ellingworth is quite right: you do the work then get the coffee. Our lottery money's paying for it lads - it's not a holiday.

Ellingworth is the other leg of the milking stool to Brailsford's marginal gains and Boardmans Secret Squirrel techniques. What he devised was nothing new. Focussing young minds to feel part of something special and concentrating their efforts is something you see in every TV advert for the Royal Marines but controlling squads under a regime as tight as Ellingworth's was something new for British Cycling.

At one point Ellingworth muses about whether or not his under-23s liked him. He then goes onto to admit he didn't care. 'I was going to get what I wanted with this programme. My goal was to provide a crack squad of bike riders, mentally drilled, trained like the SAS. On cycling terms they could go in and kill anyone at any moment.'

Crikey. You might have difficulty seeing sleepy G as a stone cold killer but looking at the current palmares of the riders through his academy and his subsequent work with Team Sky Ellingworth's methods certainly work.

A good read. Ellingworth is entitled to write a critical account of British Cycling's methods as the results of his own are so plain to see

Make and model: Project Rainbow - How British cycling reached the top of the world Rod Ellingworth