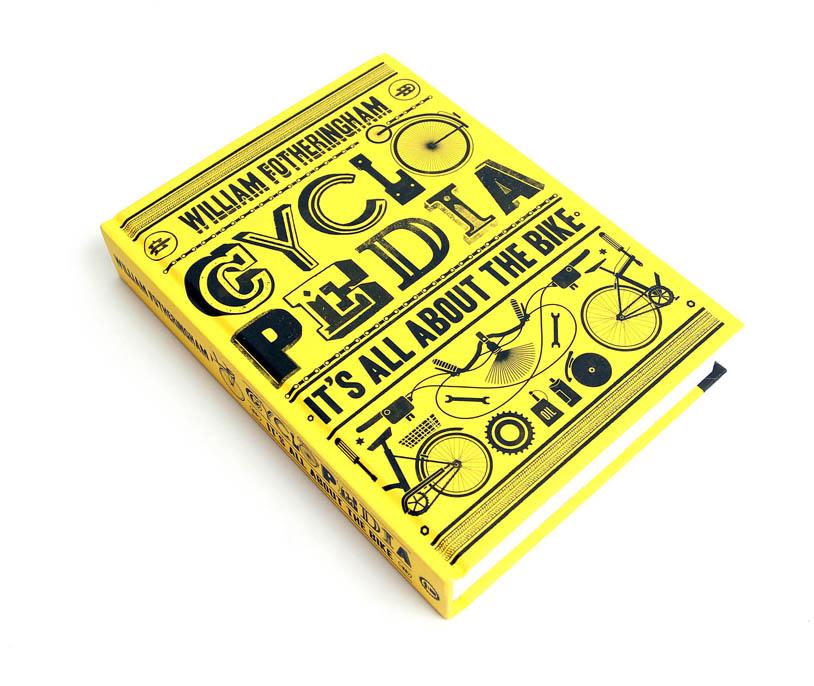 8
10
Informative and entertaining all you can eat buffet of cycling knowledge & trivia
Weight:
0g
Contact:
www.amazon.co.uk
How we test

Writing an encyclopedia by yourself is a herculean task especially on a subject as diverse as cycling but that's exactly what William Fotheringham has attempted with his Cyclopedia. Does he succeed in his task? Yes he does, this is a fact packed read that you can dip in to or just sit down and keep turning the pages. Does the Cyclopedia encompass everything you could possibly want/need to know about cycling between its yellow covers? No, that would impossible. William Fotheringham wisely sticks to what he knows (which is quite a lot) but is very much from the road-going side of things.

With three decades’ experience as a cycling journalist and writer, Fotheringham is better equipped than most to take on such an endeavour, and his knowledge of and love for cycling, whether addressing the history of the sport’s biggest races or the development of the parts that make up a bicycle in the first place, shine through.

Given the letters with which his surname starts, it’s the Uzbekh sprinter Djamolidin Abduzhaparov’s lot to be cycling’s equivalent of the aardvark, and from that first entry through to the pre-war American track star A.A. Zimmerman some 440 pages later, the book, perhaps best dipped in and out of as the whim takes you rather than read from cover to cover, is a delight.

The entries with which it opens and closes testify to the fact that the riders it covers goes beyond just those remembered for winning Grand Tours or World Championships, with personality and the story behind the person on the bike as important in determining whether or not they merit inclusion.

Those pen portraits are interspersed with entries covering everything from Critical Mass to Ghost Bikes, the bicycle’s place in Literature – an entry that references the likes of Ernest Hemingway and the French surrealist Alfred Jarry – plus an introduction to cycling Slang – French, however, gets its own entry given the number of words and phrases the language has given to cycling.

Along the way, there are some more reflective discussions, too. Catholicism gains attention – “Is cycling the religion’s official sport, or is Catholicism the semi-official religion of cycling?” – but so too does Sex, where the issue of whether or not cycling is a help or hindrance to mankind’s oldest form of exercise is addressed ahead of a look at some of the more salacious episodes involving certain star names.

Trivia fans who already have a deep knowledge of cycling will find a decent sprinkling of esoteric facts throughout the book to keep them engaged, while someone new to bikes who wants to gain an introduction to the history of the bicycle and its components, as well as the sport’s biggest personalities and races, will find plenty here to build their understanding.

Mountain Biking gets about three pages, and BMX two, both would warrant cyclopedias of their own, but this is by no means a book all about road racing, there's sections on frame design, materials, and gears sadlles and roughstuff- the British precursor to mountain biking. Interestingly Great Britain gets a bigger section than France although to be fair the Tour de France gets more space devoted to it than both.

There’s a temptation with a book such as this to set the picture editors to work, resulting in a photo-rich tome in which the text can be overwhelmed. However, Fotheringham and his editor have eschewed that approach, preferring instead to illustrate the book sparsely with line drawings and, where appropriate, simple graphs and diagrams, the effect being to focus the reader’s attention on the words.

If there is one minor complaint, it’s that the book’s colour scheme employs yellow lettering to denote new entries and highlight references to topics that appear elsewhere, which can make it difficult to pick out words, particularly if your reading it in poor light.

That slight issue aside, the book is well presented and it’s clear a lot of thought has gone into its design and layout, with a compact size and the fact it is printed on good quality paper adding to the satisfaction in flicking through it and helping make it a worthy addition to any collection of books on cycling.

Well written, informative and entertaining fact-packed all you can eat buffet of cycling knowledge & trivia