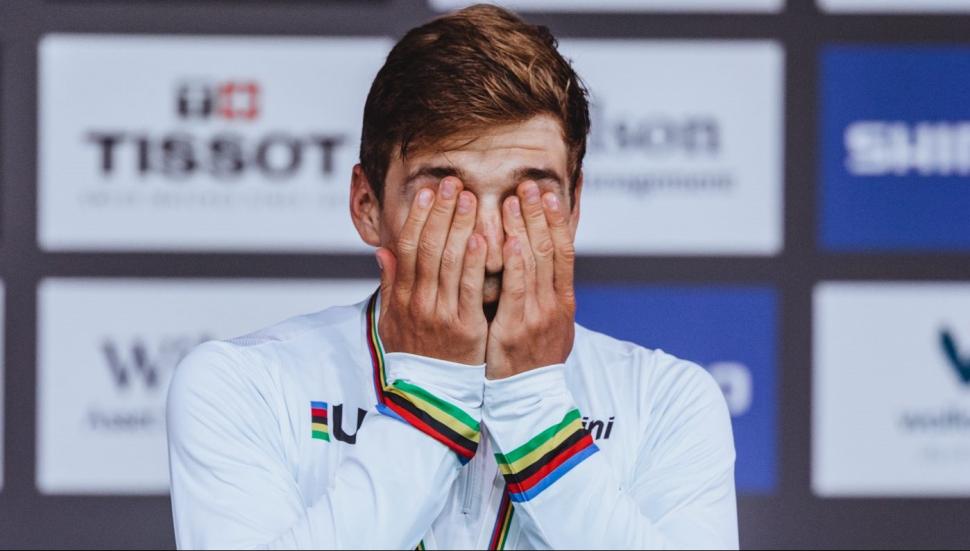 I’m sure the world road race champion, the youngest winner of the rainbow jersey since the controversial Texan in 1993, is delighted with that particular comparison from his own team…
by Ryan Mallon

As Belgium’s greatest stage race hope to emerge in the last half-century, Remco Evenepoel is certainly used to being compared to the most successful Tour de France riders of all time.

The world road race champion’s penchant for cannibalistic dominance and long-range attacks has ensured that the albatross-like ‘Next Eddy Merckx’ tag – the media-driven catalyst for the demise of many a precocious Belgian talent – has hung around the 22-year-old’s neck throughout his four-year professional career.

The ‘Next Merckx’ label, fixed on Evenepoel since his dominant junior days, and the relentless scrutiny from both the press and the public that comes with it, has appeared at times both a burden (such as at the tumultuous 2021 Giro d’Italia) and, more recently, like a soon-to-be-fulfilled prophecy (his solo escape to win the world title in Wollongong in September, two weeks after clinching his maiden grand tour at the Vuelta a España, has led many to believe that this time, folks, it’s for real). 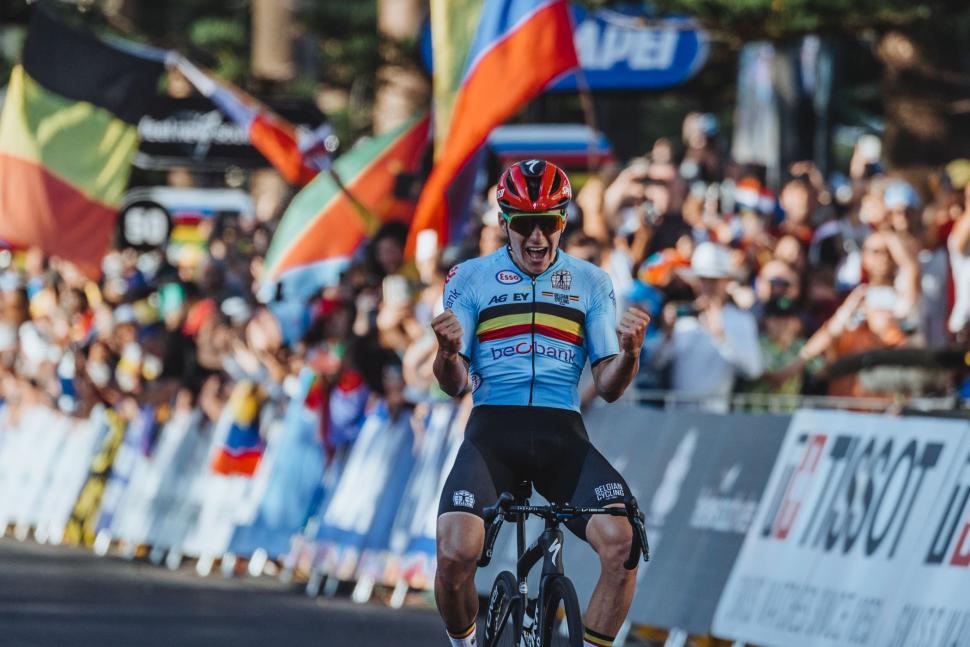 However, comparisons to another retired pro synonymous with cycling’s biggest race (as well as years of doping denials, despite overwhelming evidence to the contrary) have so far eluded the modern peloton’s fastest rising star.

“It may be a wrong comparison, but in terms of character I do see similarities between Remco and Lance,” Lodewyck told the Australian cycling magazine Ride in an interview due to be published this week.

The link isn’t as contrived as it may seem at first. By winning the rainbow jersey in Australia at the tender age of 22, Evenepoel became the youngest male world champion since Armstrong powered through the Oslo rain, showboating his way across the finish line, in 1993.

Oslo, Norway. 1993 World Champs. Armstrong, the kid from Texas stuns Indurain and Chiappucci. How much history in a single photo... pic.twitter.com/uNCfCcok58

(Though, it must be said, that mid-‘90s version of Armstrong could only have dreamed of adding the Vuelta and Liège-Bastogne-Liège to his palmares at such a young age, never mind in the same calendar year.)

However, Lodewyck – who turned pro the same season the then-seven-time Tour winner made his ill-advised comeback to the sport – says that, more than early successes and riding styles, it’s their shared hunger that connects the Belgian and the controversial Texan.

“Apart from everything that went wrong with Armstrong in the past, Lance was also someone who could never win enough,” the 34-year-old said. “If he was at the start somewhere, he wanted to be the best. Remco has always wanted to win like that too.

“On the last Sunday morning of the Vuelta a España in Madrid, he already started talking to us about the World Championships in Wollongong. It’s never enough. That also shows that he is always driven to be the best and to win races.” 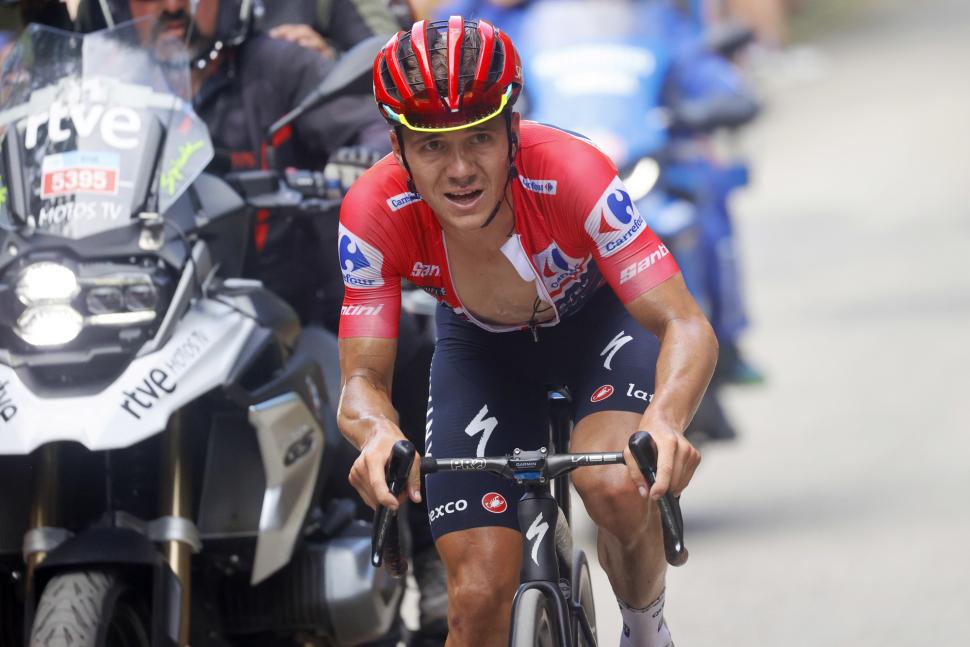 But there is one thing, Lodewyck notes, that separates the pair: their off-bike personas. Despite Evenepoel’s early reputation as a brash and somewhat cocky upstart, his director maintains that he is now “diplomatic” at the dinner table, a far cry from Armstrong’s infamous ‘I don’t check my mother at the door’ approach to conflict.

> Why was Mark Cavendish riding with Lance Armstrong this week?

“Lance was a killer. If you kicked his shin, he kicked back ten times harder,” Lodewyck points out, like a rider who was once on the receiving end of such a shin-kicking. “Usually he did this on a bicycle and sometimes also verbally.

“Remco also has that killer mentality. He also often answers with his performance on the bike. Although Remco is a lot more diplomatic in his comments.”

If his 2022 season is anything to go by, that killer mentality on the bike may prove to be enough for Evenepoel to stamp his authority on the men’s peloton for years to come, without the need for any zipped-lips gestures.