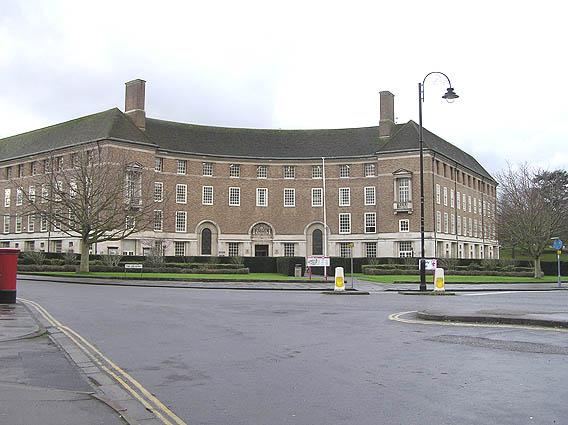 Somerset County Council deserves “gold medal” for its words on active travel – but “the wooden spoon” for its actions, says campaigner

A cycling campaigner says Somerset County Council deserves a “gold medal” for its words in support of active travel – but “the wooden spoon” when it comes to putting them in action. The council meanwhile insists that it wants to back active travel schemes in the county – but says funding is an issue.

Its defence of its ambitions for walking and cycling comes ahead of a planned ‘Wake Up Somerset County Highways’ protest from noon tomorrow (Wednesday) outside County Hall in Taunton, reports the Somerset County Gazette.

The rally, organised by the Taunton Area Cycling Campaign (TACC) will see a placard containing a list of nine requests to make conditions better for the county’s cyclists delivered to the county’s highways department.

TACC points out that the government is urging local authorities to bring in cycling and walking scheme, that lower motor traffic levels during lockdown last year encouraged people to walk and cycle more and that active travel has a key role to play in combating the climate emergency.

“But still progress in Somerset is painfully slow,” said a spokesperson. “There is a marked contrast with progress in Devon, for example. Devon has recognised the economic benefits of traffic free routes, which have become important visitor attractions.

“We are calling on the County, yet again, to show leadership, be innovative, work with communities and up the pace of change.”

TACC chair Pip Sheard said: "After four years of trying to work positively with Somerset County Highways , TACC members have come to the conclusion that as a department it is slow, stuck in the past (about the 1970s) producing poor old fashioned cycle route design and its attitude to working with local groups is an obstacle to positive change.

“We are not alone – cycling and walking groups all over Somerset feel frustrated at the lack of positive progress on developing these modes of transport which could be of great benefit to Somerset's economy, its environment, residents health and wellbeing and in reducing traffic to meet national climate change commitments.”

Meanwhile, Matt Gilson of the Wells Cycle Group, said: “When it comes to warm words and reports on active travel, Somerset County Council would get a gold medal. But for meaningful and sustained implementation, it gets the wooden spoon.”

A spokesperson for the council’s highway department said: “We are committed to making improvements to encourage cycling and would like to thank Taunton Area Cycling Campaign for sharing their latest ideas.

“We hope they understand that in designing and delivering schemes we have to balance the needs of all road users, including pedestrians, and sometimes there are funding or practical limitations which mean we cannot accommodate all requests.

“We are keen to continue our ongoing engagement with TACC, and other cycling groups, to both highlight the case to Government for further funding for cycling infrastructure in rural counties such as Somerset and work along our contractors to improve how cyclists can be accommodated during major road works,” the spokesperson added.

Somerset was awarded £120,000 under the first tranche of the Department for Transport’s emergency active travel fund last year, which it says enabled it to launch “a number of trial schemes.”

Under the second tranche of funding it received £457,900 which was spent on cycling and walking schemes in Bridgwater, Frome, Taunton and Yeovil.

In June this year, 10 organisations representing cyclists and pedestrians in Somerset wrote a joint letter to the council urging it to support plans from district councils in the county to improve cycling and walking routes.