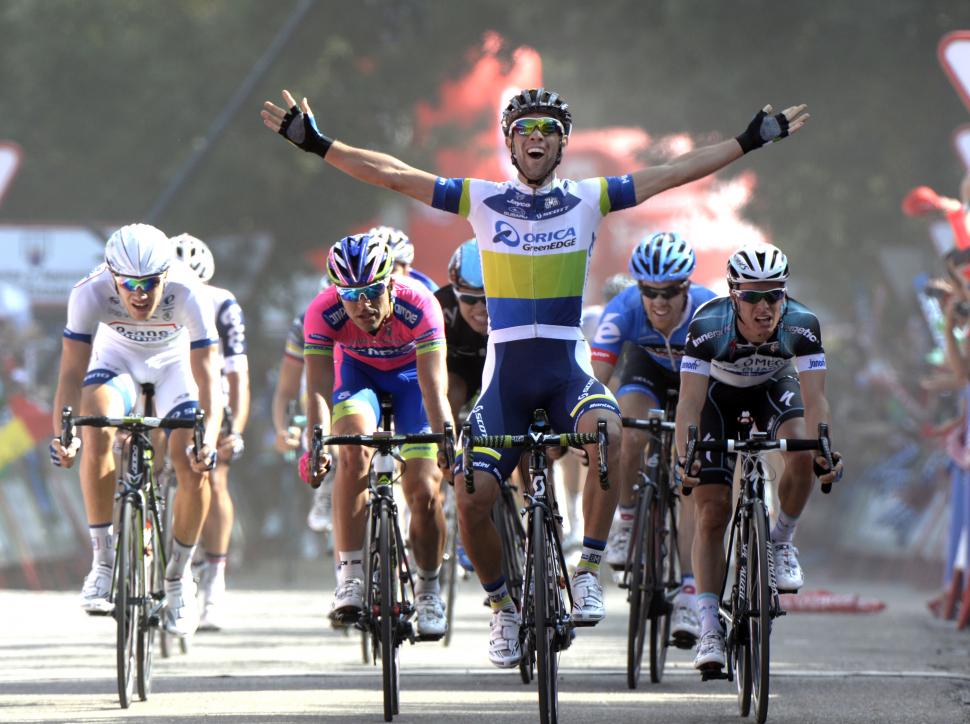 Michael Matthews of Orica-GreenEdge, World Under-23 Road Race champion in 2010, has taken the biggest win of his career this afternoon after prevailing in a hard-fought sprint over Lampre Merida's Maximiliano Richeze and Gianni Meersman of Omega Pharma-Quick Step to clinch Stage 5 of the 2013 Vuelta at Lago de Sanabria.

The 22-year-old Australian, nicknamed 'Bling' on account of his penchant for ostentatious jewellery, went shoulder to shoulder with Meersman in a finale to the 174.3km stage from Sober that had seen world champion Philippe Gilbert of BMC Racing attack with a little over 1 kilometre remaining, with Argos-Shimano also prrominent as they looked to set up their young South African sprinter, Reinardt Janse van Rensburg.

It was Matthews,making his Grand Tour debut, who proved strongest in the charge for the line, however, while Astana's Vincenzo Nibali retains the race lead.

Afterwards, Matthews reflected that preparation and teamwork had been key to his win: "Former rider Julian Dean now works for us. He went to see the last 20 kilometres so we knew exactly what to do. It took pressure off.

"We weren’t riding blind, otherwise I wouldn’t have had the win today. This one is for the team for sure. They were riding 100% for me." 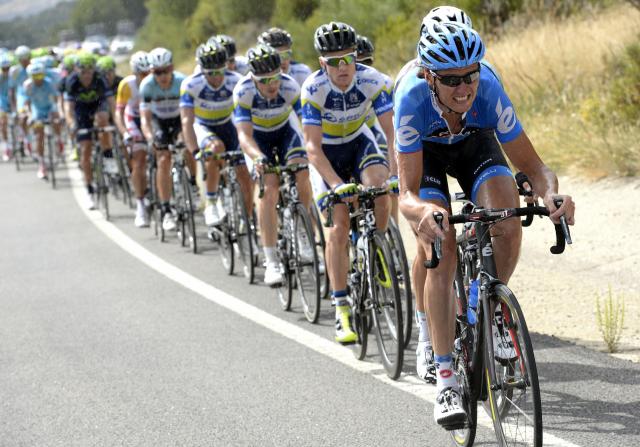 He went on: "It’s been a dream to race for an Australian team, but coming from Rabobank to a new team, I had to find my way into the team to be able to have the opportunity to win a race. In the first part of the season, I worked for the team, now they’re really backing me and I want to keep this momentum rolling.

"This is the first Grand Tour I’ve ever done, so I wasn’t expecting to win, I was hoping to win. There’s a difference between having good form and pulling off a victory. Twenty other guys could have won today. It took a lot of devotion from my team-mates to take me there.

Asked about his style of riding and where he saw his career going, he replied: "I can win uphill sprints. I can win flat sprints. I haven’t classified myself yet. I’m sort of floating between different specialties. I yet have to discover if I can have a go in the classics or not. Hopefully I can keep wins coming.

"I came to this world through the AIS (Australian Institute of Sport), which is a good stepping stone for young guys like me. It gave me the opportunity to come to Europe, race against the best riders in the world and step up a level."

And that 'Bling' nickname? "Aged 16 or 17, I rocked up to a race, I had three golden chains, tattoos, several jewels, so one of my good friends came up with this nickname. I have to keep it rolling I guess and get more jewels for myself."

Today’s stage saw the 68th edition of the race leave Galicia, which has hosted a spectacular opening few days, and head into Castilla y Leon.

Shortly afterwards, they were joined by Lampre-Merida’s Colombian rider, Winner Anacona, and the quintet would build a lead of more than ten minutes ahead of the day’s first significant climb, the Category 3 Alto do Covelo. 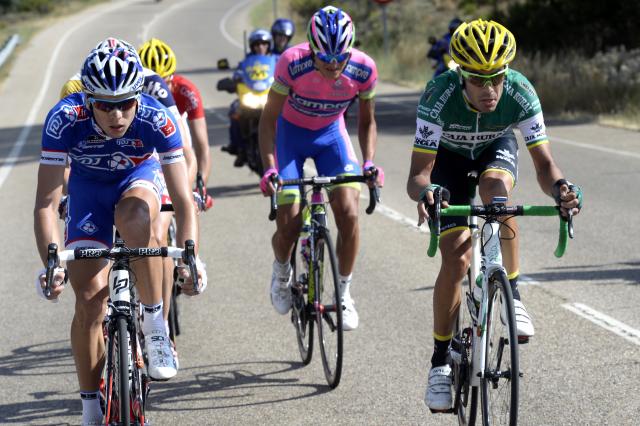 Courteille and Van De Walle would be the last riders to be caught late on in the day as Omega Pharma-Quick Step and Orica-GreenEdge led the chase on a day when the peloton was assisted by a strong tailwind, but rain later on made conditions tricky.

Ahead of that, Saxo-Tinkoff’s Nicolas Roche had led the main group over the Category 3 climb of the Alto de Padornelo to ensure that he would remain in the blue and white polka dot jersey of mountains classification leader for another day. 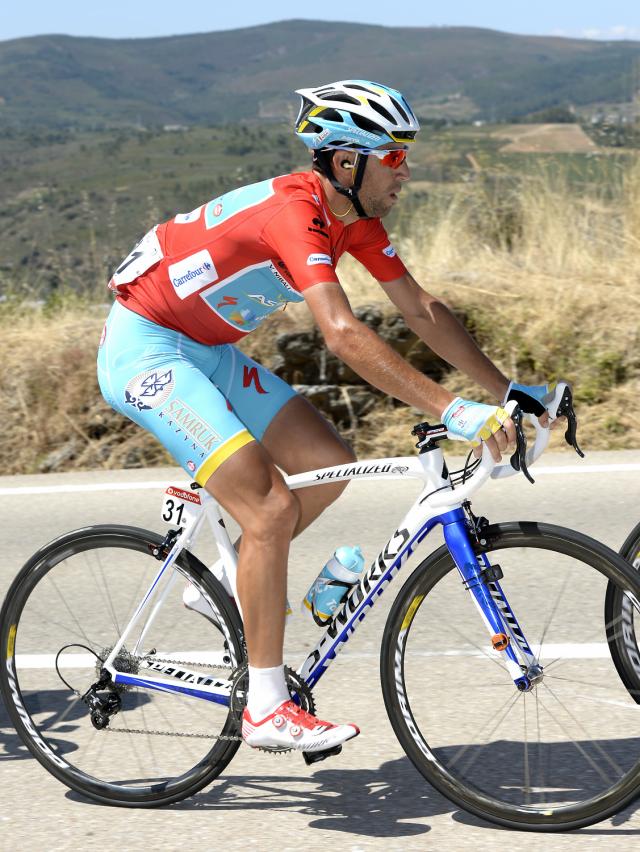