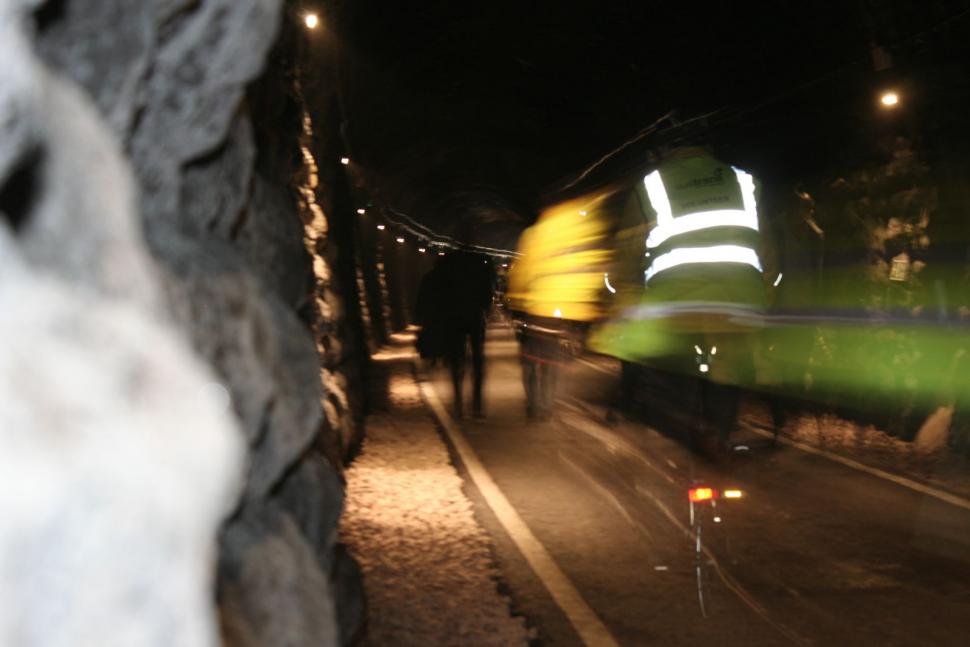 Slow down or else! Sustrans warns cyclists

Barriers will be placed on a popular cycling route to force cyclists to cut their speeds unless some of them start showing more consideration for walkers and children following a number of incidents in which people have reported feeling threatened by bike riders travelling riding at inappropriate speeds through Bristol's Ashton Court Estate.

The news reflects a wider issue regarding concern over inappropriate speeds on shared use facilities, with some cyclists on the Bristol-Bath bike path clocked riding at speeds of almost 30mph close to a school, according to Sustrans.

The sustainable transport charity says the problem is due to a minority of cyclists riding irresponsibly both at Ashton Court and elsewhere, with its Area Manager for the West of England, Jon Usher, telling road.cc that despite Bristol City Council erecting notices and signs at Ashton Court, the UK’s third busiest country park, urging riders to cut their speed, some cyclists are ignoring them.

He adds that there have been a number of reported near-misses, mostly involving children, and as a result the council is considering erecting gates that would force cyclists to dismount, which it says would mean all cyclists being put at a disadvantage due to the inconsiderate riding of a few riders.

Sustrans says that currently, there are three Strava segments that include parts of the Ashton Court Estate, something it describes as “wholly inappropriate on these roads used widely for recreation - walking and cycling.”

The problems at Ashton Court reflect something that Sustrans is seeing more widely in shared-used paths it operates in and around Bristol, the city where it is based, as well as in Bath, where some cyclists have been seen travelling too fast on the recently Two Tunnels route, for instance (although as we have pointed out previously, reports that the route is inherently unsafe are wide of the mark).

Issues highlighted by Sustrans include cyclists regularly being caught by speed sensing equipment travelling at speeds in excess of 28mph on the Bristol-Bath cycle path, close to a school – this at a time when the government is being urged to make it easier for councils to implement 20mph zones not only in and around schools but also residential areas as a whole.

Usher says: “Greenways (whilst great and convenient) are not for speeds in excess of 15-20mph especially in built up busy areas.

“Pedestrians on these paths regularly describe feeling threatened - exactly the same many people that cycle describe feeling around car traffic. We need to reverse this trend of resentment as we need to be seen by all as the solution.”

He added that Sustrans did not want to put cyclists off using the paths, but he did want riders to use them responsibly.

“The cycling average cycling speed in Copenhagen was recently reported to be somewhere round the 20kph mark (12.5mph),” he added.

“We need a slow bicycle movement in the UK to show everyone that cycling isn't just a sport, but that it can be a transport choice too.”