Cool new kit coming to a bike shop near you...
by Mat Brett

We're just back from iceBike, the inhouse show of bike, parts and accessories distributor Madison, and here are some of the highlights. There will be more to follow on road.cc shortly.

If you read Dave Arthur’s review of Shimano’s flagship R320 shoes on road.cc this week, you’ll know that he was very impressed with their comfort and stiffness. Their £299 price tag wasn’t such an easy pill to swallow though. Good news! Shimano have already trickled down some of the key features to more affordable prices. This is the £150 R170, half the price of the R320 but packing many of the same characteristics. The key difference is that the R170 doesn’t have the same clever custom fit, so none of the upper can be moulded to your feet. 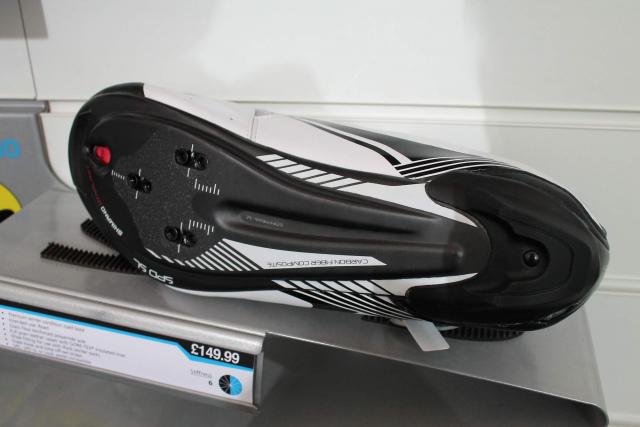 However, it does have the same Dynalast sole technology, one of the benefits being reduced heel lift. It has the same carbon-fibre sole too, with hollow channel technology to boost stiffness, and the same wide range of cleat adjustment. It really is the pick of the range if you want a high performance road shoe but can’t justify the R320’s price. It even looks the same. The R088, which Shimano class as a ‘sport level’ road shoe, is cheaper again at £79.99. You get a glass fibre reinforced polyamide sole, so it’s not going to offer the same stiffness-to-weight as the carbon soles, but for everything but high level racing it’s still going to be stiff enough.

The R088 even offers the same Dynalast sole technology as found on the expensive shoes, and has a similar twin Velcro strap and micro ratcheting buckle arrangement. The sole allows the fitting of two- or three-bolt cleats. 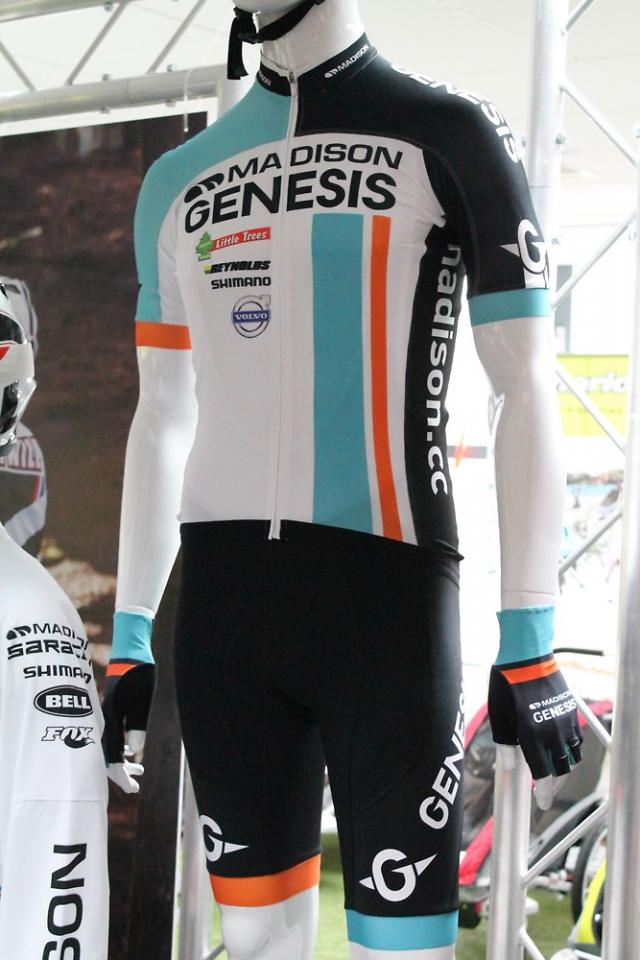 Team Madison Genesis kit should be on sale some time this year, although no one knows exactly when let alone potential prices. The short sleeve jersey (main pic and above) comes with a full-length front zip and mesh panels around the underside of the arms for increased ventilation. 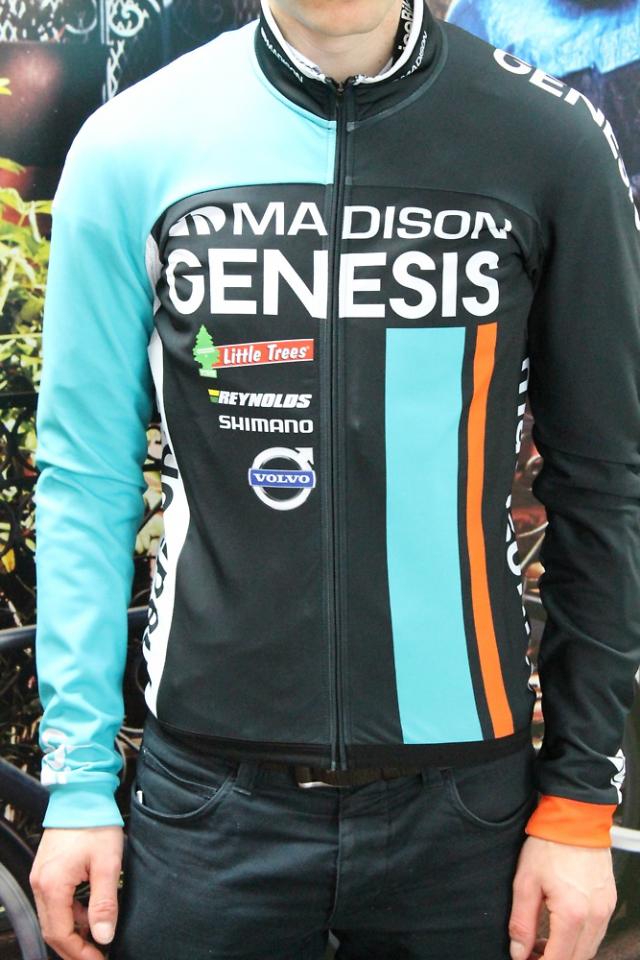 The long sleeve jersey gets those underarm mesh panels too and super-long arms – although this is a prototype so maybe they’ll be a touch shorter on the finished version. 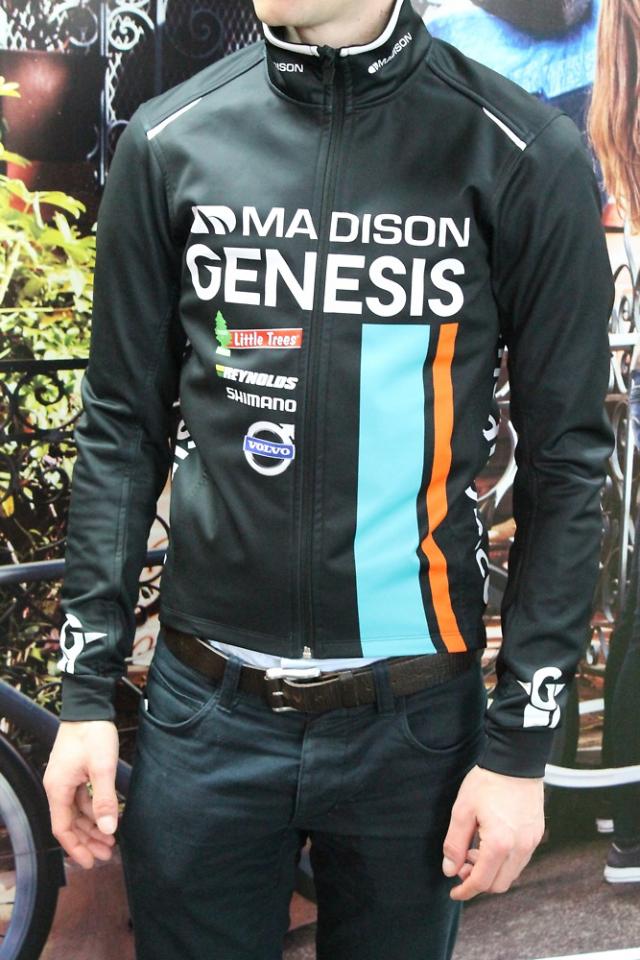 Our favourite Team Madison Genesis item is the soft shell jacket. It has a real high-quality feel to it and neat details like a chin guard at the top of the zip and reflective tabs on the shoulders, front and rear. 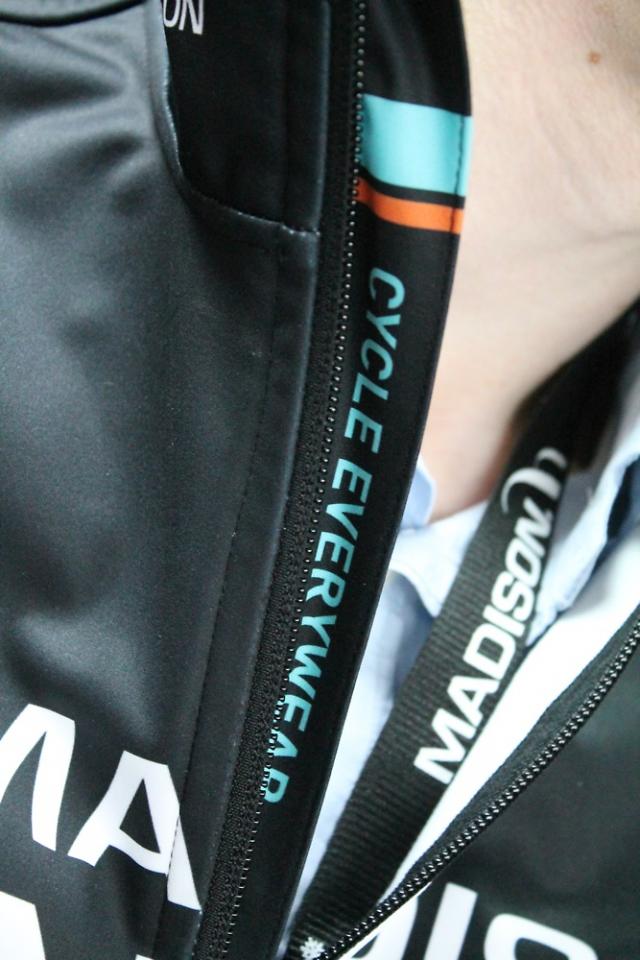 That says ‘cycle everywear’ on the baffle behind the zip. Wear. Clothing. Geddit? 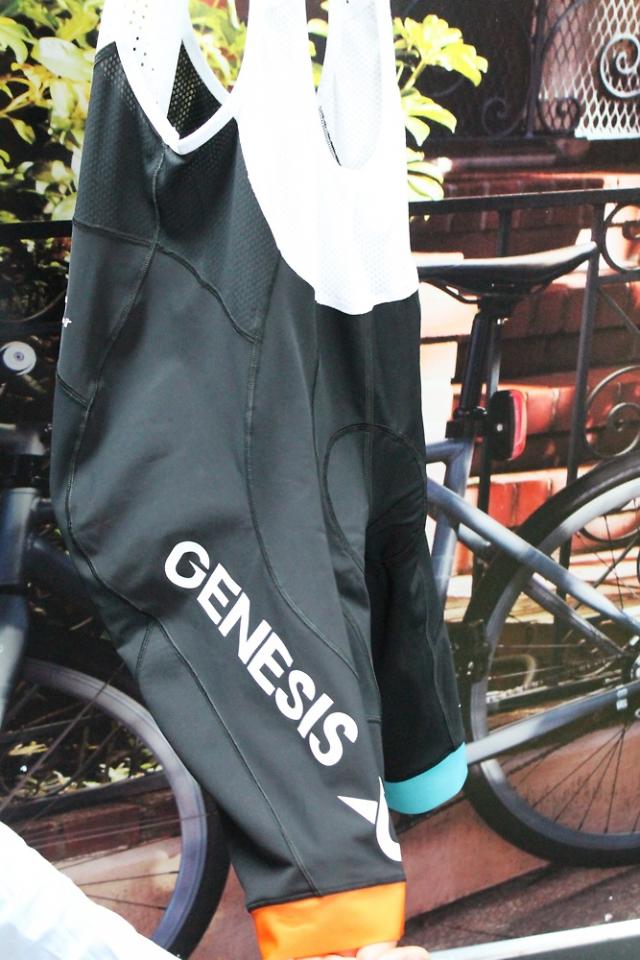 The shorts are a multi-paneled, flatlock stitched design with lots of mesh used in the uppers. 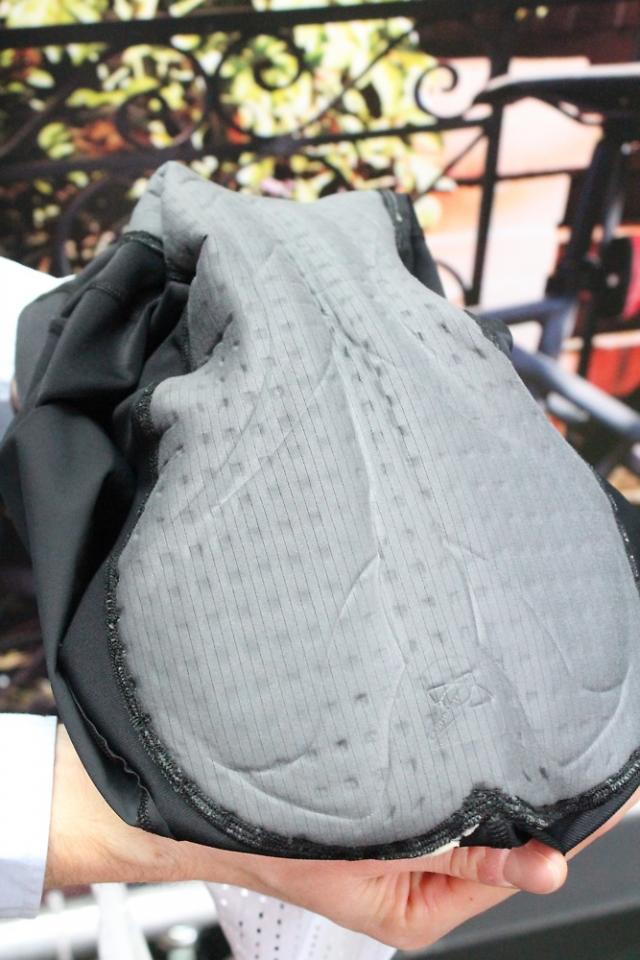 As you can see, the seatpad is perforated for extra airflow. Madison have their own range of eyewear – and it is their own rather than a generic line with their name slapped on there. These are the Team Madison Genesis Recon specs. These yellow ones are Recons too. They come with one-piece Carl Zeiss Vision lenses and you can easily swap between dark, amber and clear, depending on the light conditions.

The blue ones in there are Missions. You get the same three lens colours but here you get two separate lenses rather than a one-piece design. 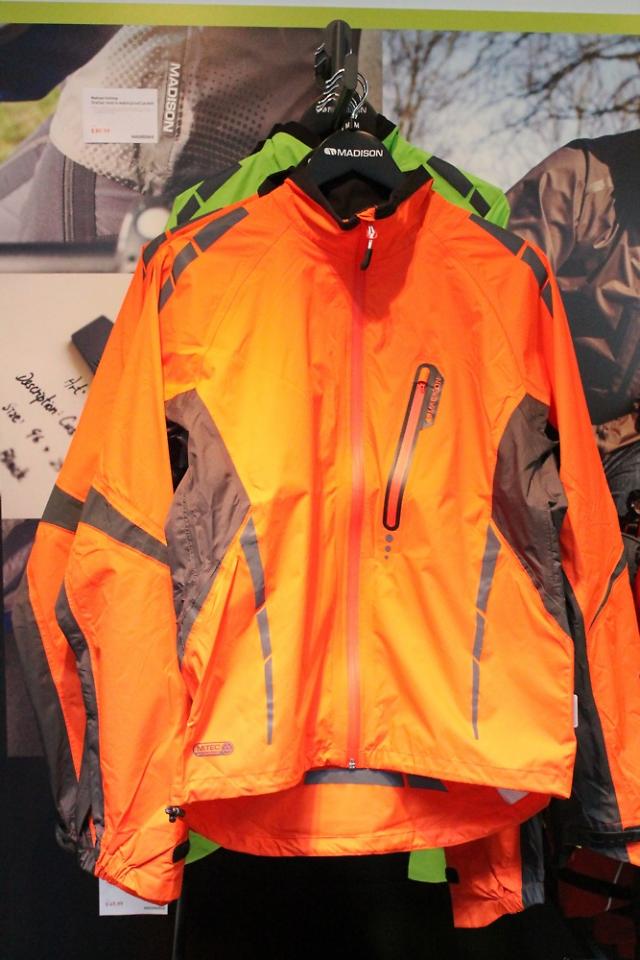 Madison are rejigging their range of waterproofs for next autumn/winter. The Stellar (£89.99) is a 2.5 layer construction with fully taped seams. 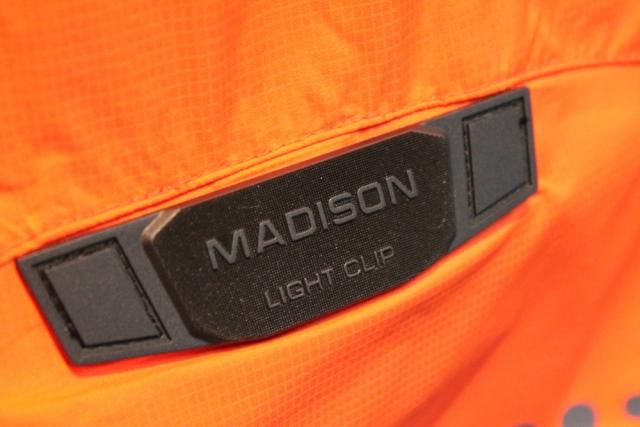 Madison do the details really well. There’s a little garage to protect the top of the pocket zip, for example, and the LED clip on the back looks like it’s sturdy enough to last, even if you catch your light on something. 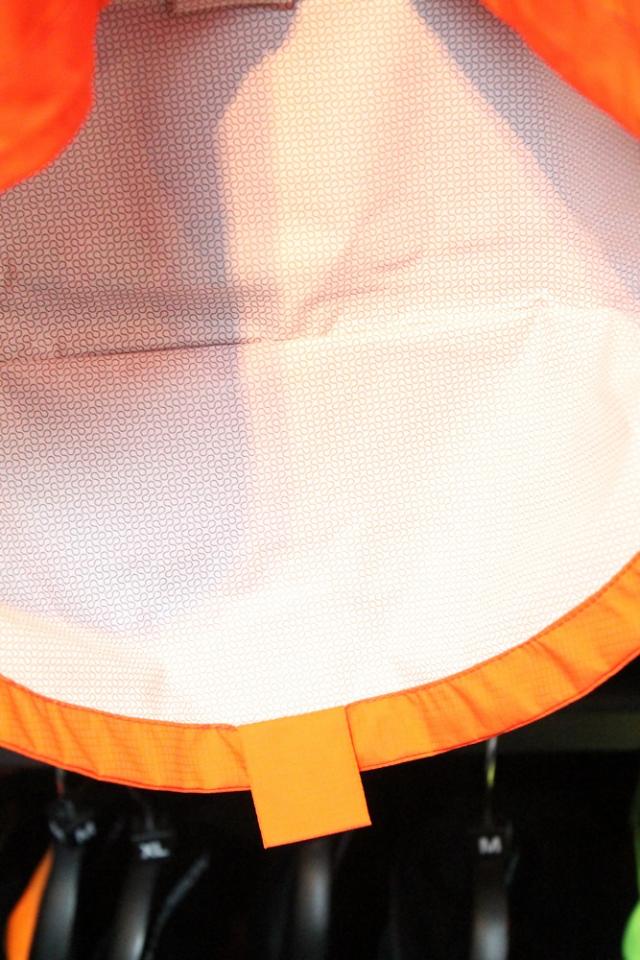 The dropped rear tail folds up inside the jacket when you don’t need it, held in place by a magnet. 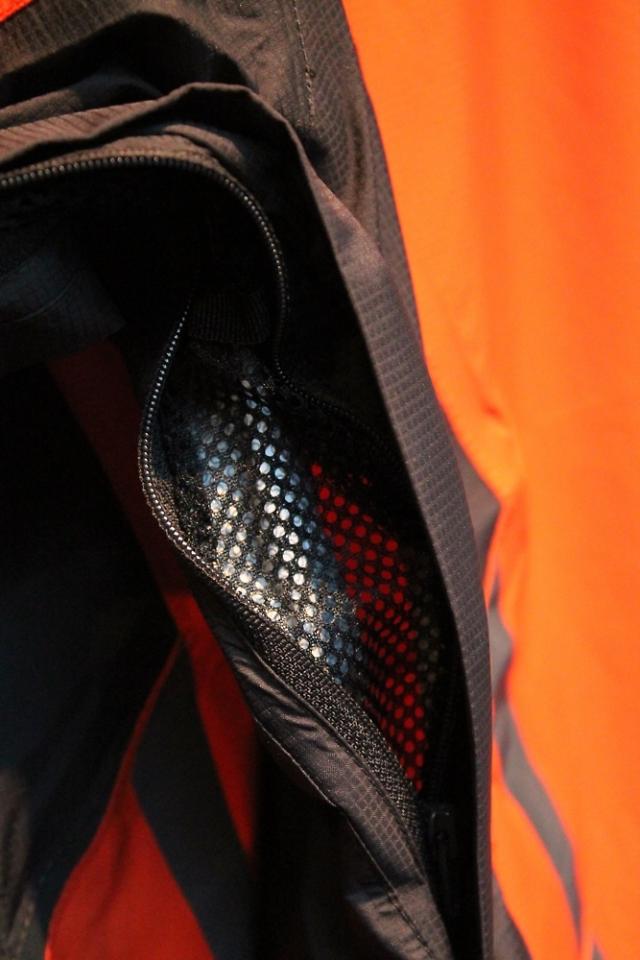 You get pit zips for adding ventilation when you start to overheat. 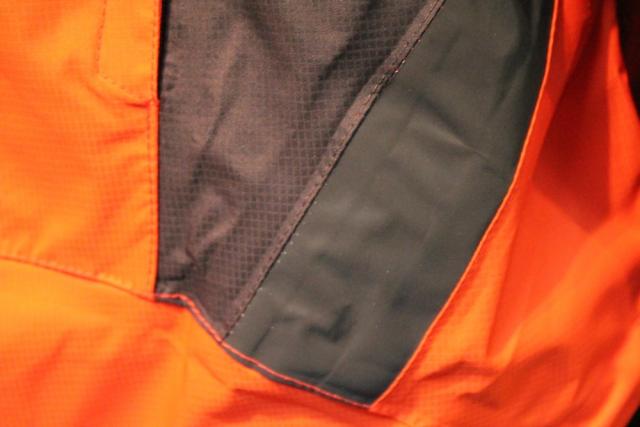 This jacket comes with tons of visibility thanks to extensive reflective panels. Although they don’t look reflective in daylight, they’ll shine out in headlights at night. The next-level-down waterproof is the £69.99 Prime. It’s mesh lined with reflective taping and print for visibility. The rear pocket doubles up as a vent. Leave it open to let fresh air in and moist air out. 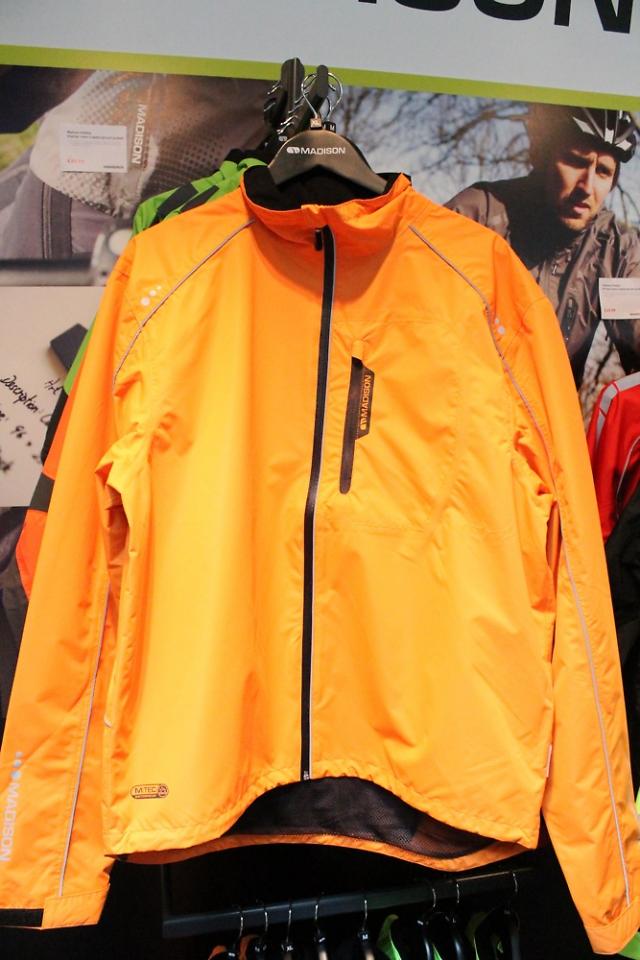 The most affordable option is the £49.99 Protec which, again, comes with a mesh lining. It has fewer features than the others but it still looks like a solid choice. 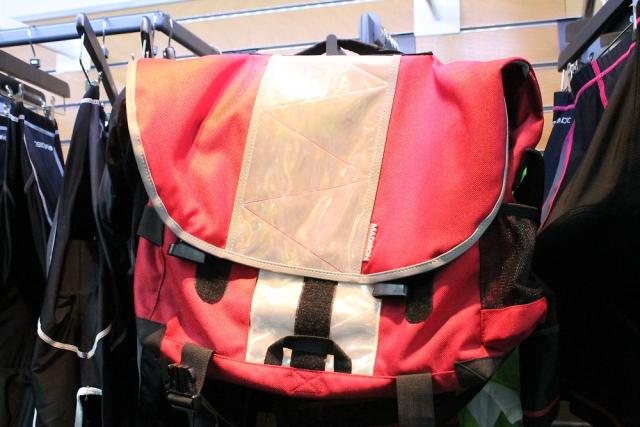 One last item from Madison is the new 9twofive messenger bag, priced at £60. You get a huge reflective stripe down the centre and that grey edging around the flap is reflective too. There’s a pocket inside for your laptop, a whole bunch of other pockets and compartments for the rest of your gubbins, and there’s a loop for hanging your LED on. As well as this red/white version, it’s available in black/white and black/yellow. Pearl Izumi will have redesigned their waterproof offerings too, using their WXB fabric, which is a lightweight, 4-way stretch material with a breathable metallic membrane. We reviewed their Elite Barrier WXB jacket a couple of years ago.

A new jacket coming this autumn/winter is the Pearl Izumi Pro Aero WXB that’ll be priced at £120. It’s a slim cut and the stretchiness of the fabric should mean that it won’t feel tight. That’s the idea, anyway. It’s light on features but the plus side to that is the lack of bulk – it’ll easily fit into a jersey pocket when you don’t need to wear it. 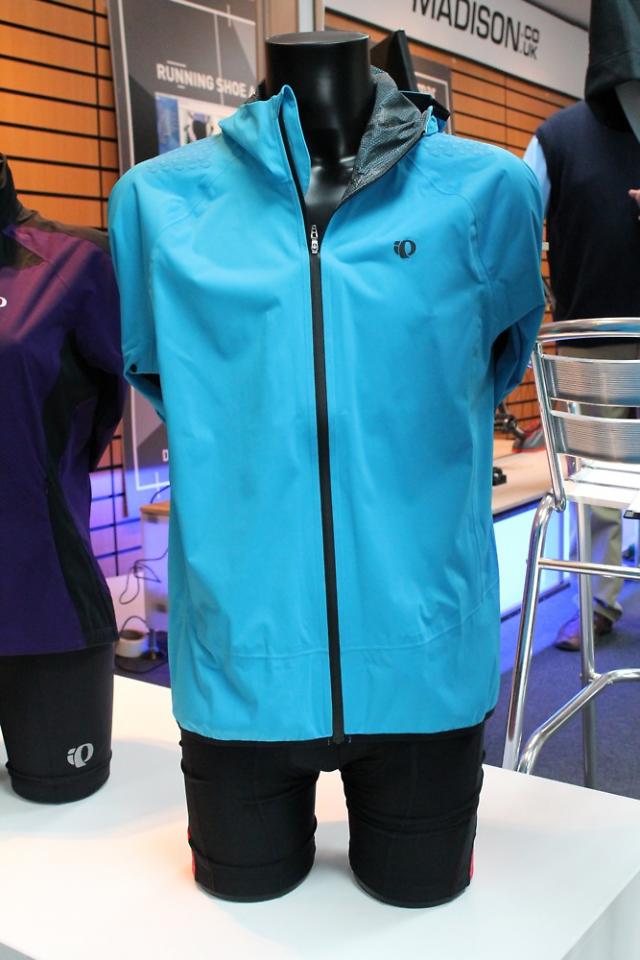 The Ultra Barrier WXB is a little more expensive at £150. You get a textured finish on the shoulders so you won’t damage the technical fabric if you wear a messenger bag or a backpack. 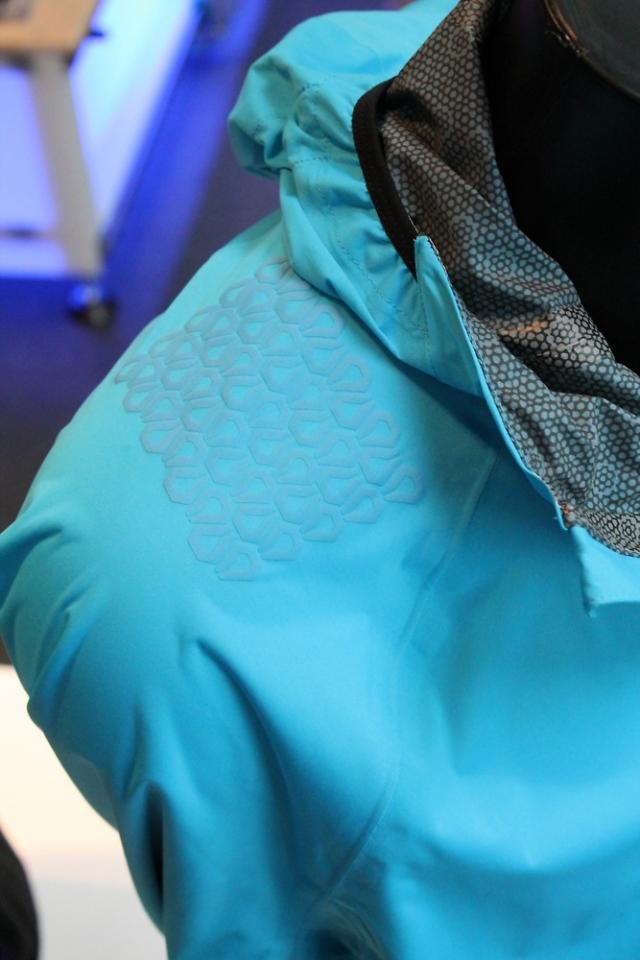 The hood won’t be to everyone’s taste, though; this one is more suited to running, mountain biking or urban use. 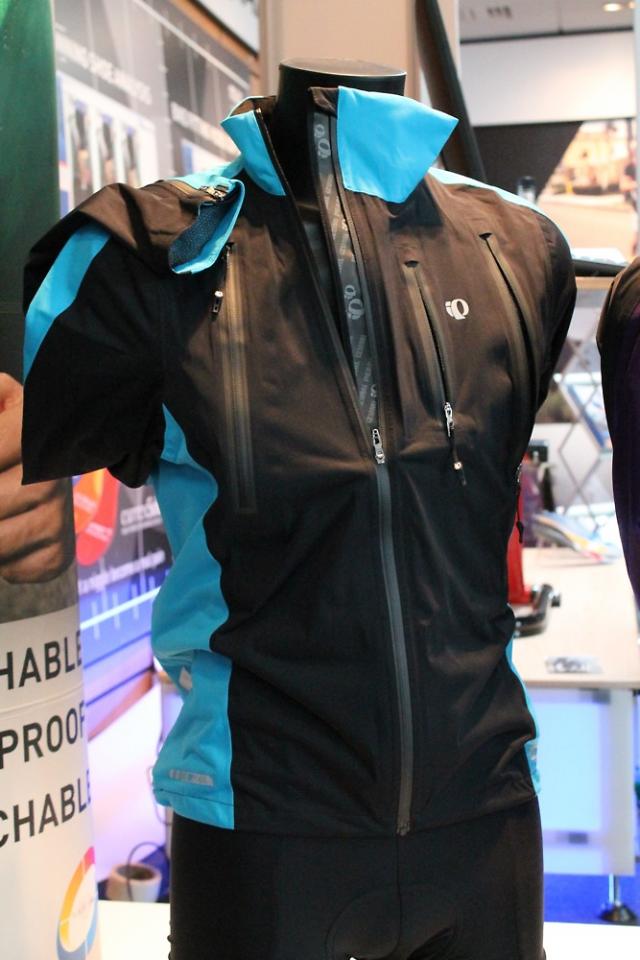 The top-level offering is the Pro Barrier WXB. It’s fairly similar to the Pro Aero WXB but with a load more features including an asymmetric front zip and vents on either side of the chest. 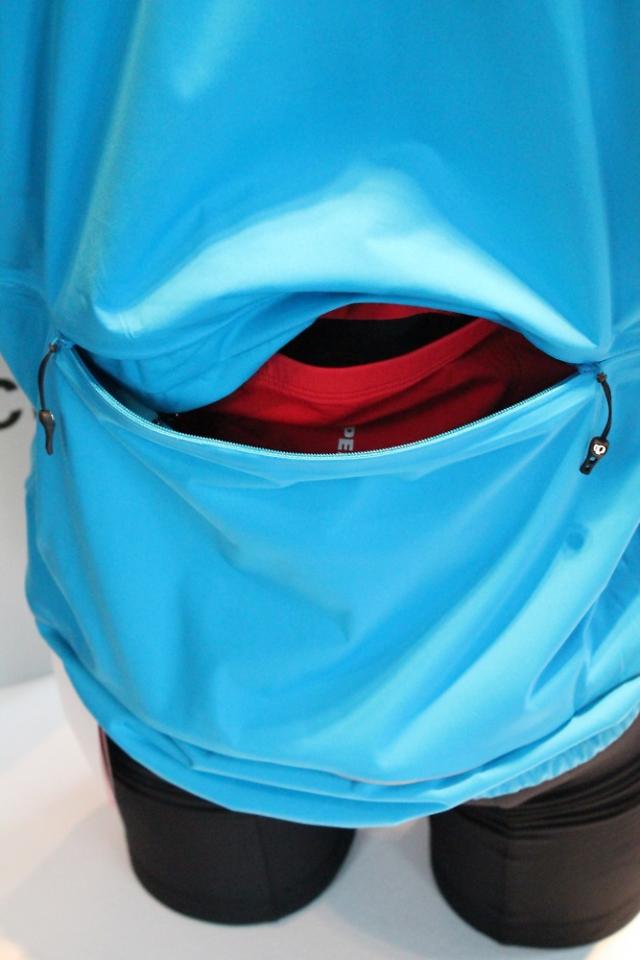 The large rear pocket has a divided lining to stop your stuff rattling around all over the shop, and you can open another zip in there to give you access right through to your jersey pockets. None of this comes cheap, though – you’re looking at £250 for this one. 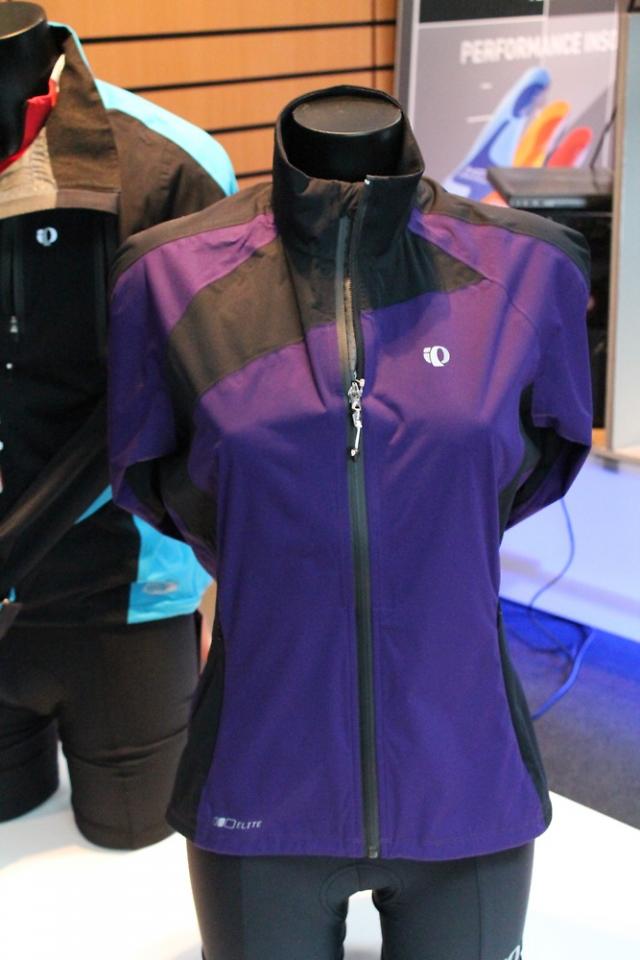 The Elite Barrier WXB is a women’s model that comes in at £150. It’s the same fabric but in a female-specific cut and a different design.

For more info on these products go to www.madison.co.uk.