Shimano show off 1,100g carbon tubular wheelset, plus the successor to the popular RS80

RS10 and RS30 get replaced too, and there's an entry level 700c disc wheel...
by dave atkinson 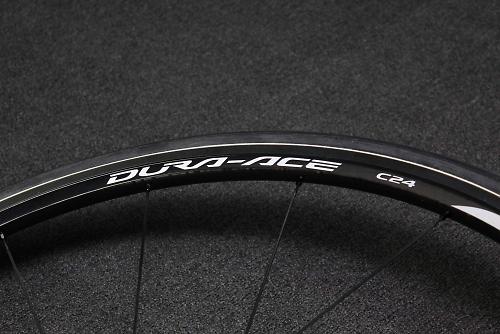 Let's do that first. The C-24 tubular is designed to be as light as possible, for professional racers looking to gain an advantage on a mountain stage for example, although obviously us mere mortals will have to make do with fitting them to knock a few seconds off our Dragon Ride time… The UCI rules state that any wheel that a team races on has to be commercially avaialable, so it's in the line-up mostly for that reason. Shimano were fairly up front in saying that the last incarnation of the C24 tubular didn't exactly fly off the shelves, but the weight weenies will certainly be perking their ears up.

It features Shimano's OptBal 2:1 spoke ratio at the back, a similar approach to some that which other manufacturers use to even out the tension in the spokes across the asymmetric rear wheel. The rear is a 21-spoke design (14 on the drive side and 7 on the non-drive), with two-cross lacing on the drive side and radial opposite that; the two flanges are different designs so that both can use straight-pull spokes. The front wheel is a 16-spoke radial design. In the hub there's an oversize alloy axle and angular contact bearings which are easy to adjust using Shimano's tool-free Digital Adjust system. 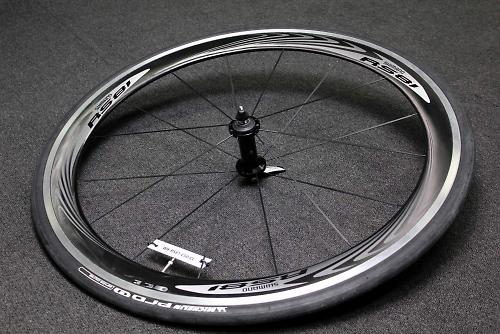 Shimano's RS80 wheels have been very popular wheels over the last few years, and they're due to be replace with the RS81 range. Complementing the 24mm and 50mm rim depths in the RS80 is a new 35mm profile, which looks like it'll be a good all-rounder. There's plenty of good stuff trickling down from the top-end wheels too. RS81s get the D2 aerodynamic profile and OptBal 2:1 spoke lacing from Dura Ace, as well as tool-free adjustment and angular contact bearings. The RS81 range is all 11-speed compatible. 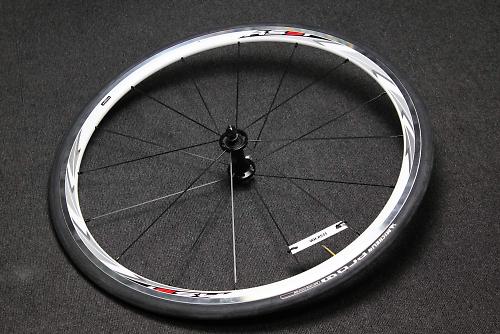 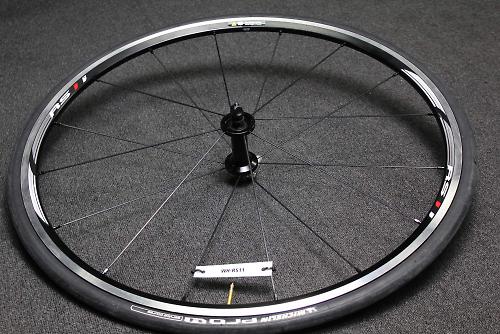 The RS30 and RS10 wheels have also run their course, and they will be replaced by – can you guess? That's right, RS31 and RS11. The main change is that the wheels have been made 11-speed compatible, which means that there's 11-speed wheels available all the way from the entry level RS11 to to the top-of-the-pile Dura Ace tubs. The RS31s and RS11s are both available in silver and black in five different colours of graphic – orange, red, green, blue and dark blue – so we'd expect to see them speeced as OEM wheels on quite a few bikes for 2014. 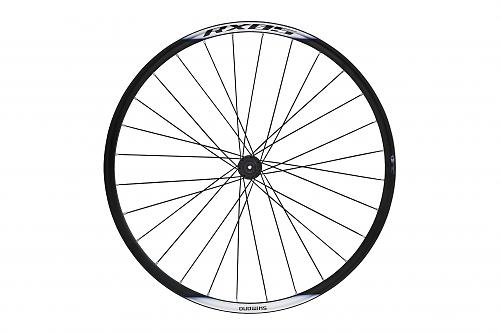 There's a new entry-level 700c disc wheel coming, too: the RX05. It's 135mm rear spacing, which seems to be the accepted standard now, and a 10-speed hub with a Center-Lock disc mount. They're built with 28 spokes to be nice and strong, so they're aimed at urban hybrids and disc tourers more than disc-equipped road bikes. Not that anyone's going to be making road discs or anything.