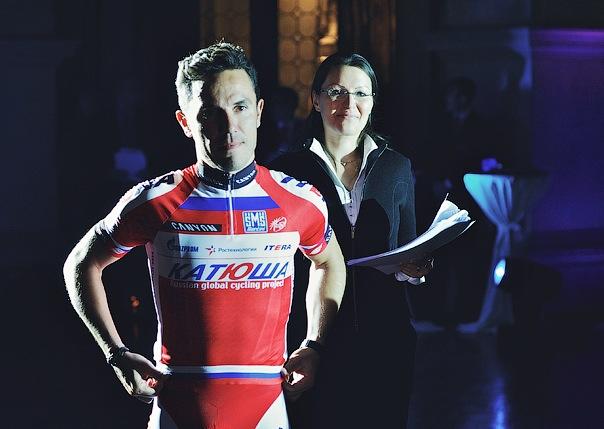 World number one Joaquim Rodriguez is set to make a sensational move to Argos Shimano, reports Italian sports daily La Gazzetta dello Sport. However the Dutch team has denied the rumour, which comes less than three weeks before the 2013 UCI WorldTour gets under way with the Tour Down Under. The report follows the UCI’s refusal to grant his existing team, Katusha, a WorldTour licence, which the Russian team is challenging through the Court of Arbitration for Sport.

Shortly before Christmas, at its team presentation in Brescia, the 33-year-old said he had no reason to leave Katusha, but in a subsequent interview with Spanish newspaper Marca he insisted that he wanted to ride the Tour de France and Vuelta this season at all costs, and that he would seek to change teams if he were not guaranteed that.

As things stand, Katusha has not yet even been granted even a UCI Professional Continental licence, which would at least allow it to apply for wild card entry to those races and others on the WorldTour calendar, such as the Giro d’Italia, where Rodriguez was runner-up to Ryder Hesjedal last May, and the Flèche Wallonne and Giro di Lombardia, both of which he won.

La Gazzetta dello Sport reports in its print edition today that according to reliable sources, Rodriguez has taken the initiative and has already signed an agreement with the Dutch team, Argos Shimano, which will race for the first time under a UCI ProTeam licence this season, having previously held a Professional Continental one.

The newspaper points out that while it has high-profile riders in the shape of the young German sprinters Marcel Kittel and John Degenkolb, it has no rider capable of challenging for the overall in Grand Tours, a gap that Rodriguez would clearly plug – moreover, it adds that the team isn’t short of money, and wouldn’t be afraid to splash the cash to bring the man who ended the 2012 season as the world’s top rider on board.

However, Dutch cycling journalist José Been told road.cc on Twitter that she had spoken to Argos-Shimano this morning and the team had denied the Gazzetta's report to her. What is certain, however, is that the longer the dispute between the UCI and Katusha over its licence drags on, the more speculation there is likely to be over who Rodriguez will be riding for in 2013.