A road bike, a hybrid, and a multi-surface bike... all at Cycle to Work scheme prices
by Mat Brett

Boardman Bikes have added three new entry-level models to their Performance Series line-up, all priced below £500. The immediate impression is that they offer outstanding value for money; they certainly don’t look like £500 bikes.

Boardman have come up with the new bikes primarily to cater for users of the government’s Cycle to Work Scheme – although, obviously, the new models are available to anyone. Most employers set the top retail value of a bike available through Cycle to Work at £1,000 but some set a different limit, often £500.

The new road bike (main pic) is the Boardman Road Sport which is built around a 7005 double-butted aluminium frame. The drivetrain is mostly Shimano 2300 with an FSA Tempo compact chainet. The shifters use a thumb-opertated lever rather than one tucked in behind the brake lever, and an optical display on the top of each one tells you which gear combo you’re in. The rims are from Mavic and the braking comes courtesy of Tektro dual-pivot brakes.

The Road Sport comes in a slightly more relaxed, sportive-friendly geometry than a full-on race bike; the top tube is a little shorter and the head tube is a little longer. You get mounts for mudguards – that’s the same on all the new bikes – and there’s enough clearance that you can fit them easily enough. The complete bike weighs 10.8kg (23.8lb) 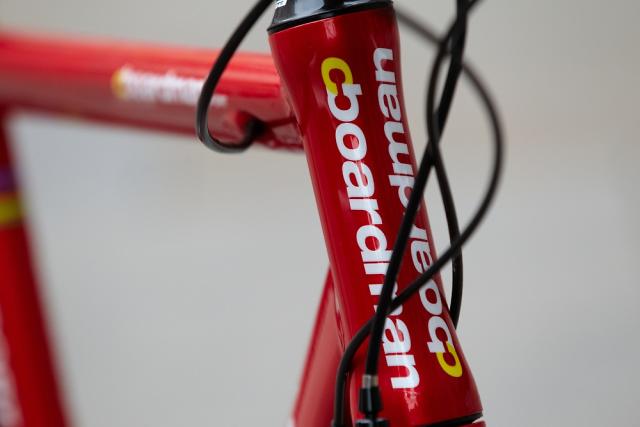 You get all this for £499.99 which seems like astonishing value to us – as long as the impressive spec sheet translates into an equally good ride. Although we had a look at all three of these bikes when we went down to Boardman’s unveiling in London last month, we’ve not actually ridden any of them.

Andy Smallwood, Operations Director at Boardman Bikes, said at the launch, “We’ve taken all the learning from our higher end models that have been so well received in the market and filtered it down to a product which we feel gives the consumer the best possible value and the best possible performance, but without any of the compromises usually associated with this price point. 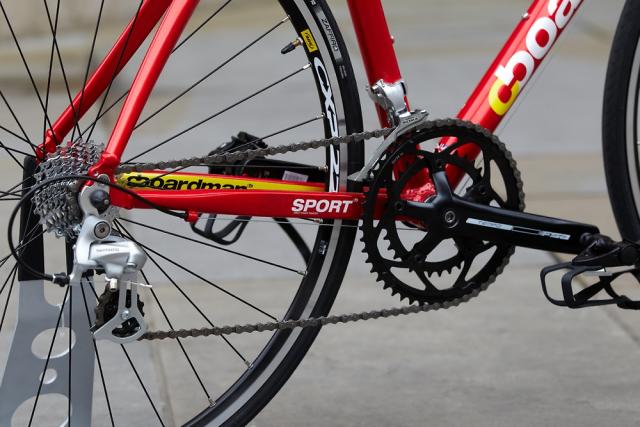 “The tube profiles have been very specifically designed for the intended purpose. So the down tube, for example, is semi-aero profile so you get a slight aero benefit and a stiffness benefit while also reducing weight. The rear stays are exactly the same as you’d see on our £1,000 bike.

“You’ve also got the mudguard eyes and increased clearance underneath both the front and rear brakes to make the bike versatile for all-round use. It’s a very credible, no-compromise package.” 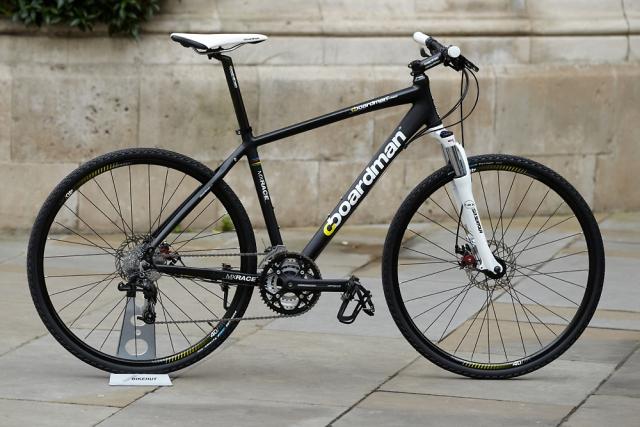 The Boardman MX Race is designed for both on and off-road riding. It comes with a lightweight double-butted aluminium frame, 700c wheels and Avid BB5 mechanical disc brakes for good stopping power in all kinds of weather. 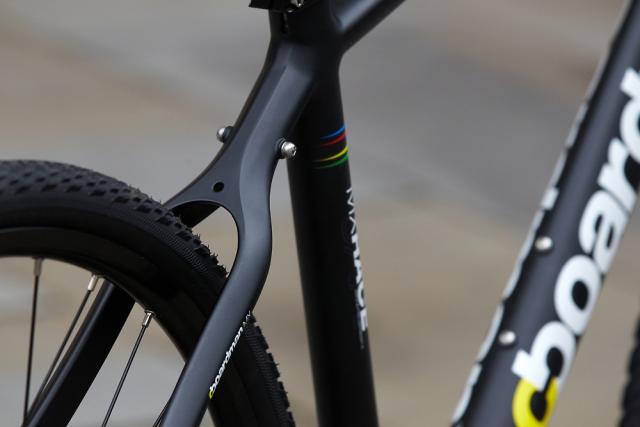 The shifters and mechs are SRAM X5 while the Suntour NEX HLO suspension fork offers 63mm of travel. You get a hydraulic lockout for when you’re on the road.

Like the Road Sport, the MX Race is priced at £499.99 – and that’s arguably even better value. “I think this is the most exciting of the three bikes,” said Andy Smallwood. “This is our first foray into the multicross, multisurface type of bike. It takes the key elements of a hybrid bike – a fast, aggressive urban road bike – but it also combines that with key elements of a mountain bike – so you have a more relaxed and controlled geometry and a suspension fork.

“It’s a bike designed for riding to work, riding for leisure, off-road, on-road… it’s a highly versatile do-anything bike, and it looks great.” 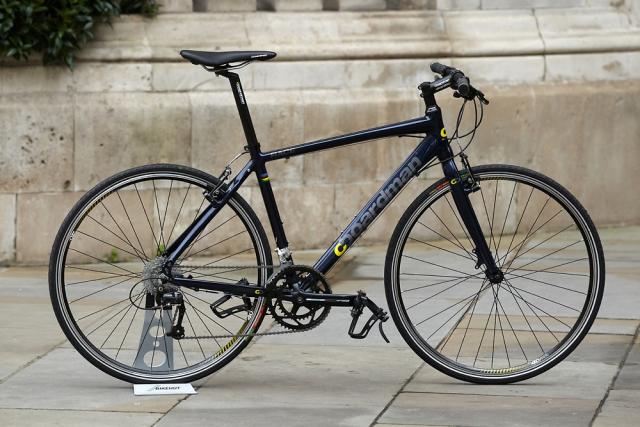 As well as commuting, the Boardman Hybrid Race is intended for leisure riding, and at £429.99 it’s £70 cheaper than the other two.

The Hybrid Race is built around a double-butted 7005 aluminium frame a rigid alloy fork. The drivetrain is 9-speed Shimano Acera with a compact chainset and Avid Single Digit 3 V-brakes take care of the stopping. Andy Smallwood said, “The tube profiles are more aggressively shaped than those of the road bike with more of a strength and stiffness angle to them, because this bike is likely to get thrown around a bit more. We wanted a more bombproof, urban-style bike, but with seatstays designed for comfort. It’s great for urban rides but if you wanted to venture out onto towpaths or get out into the hills it covers every eventuality.” None of the new models looks like an entry-level bike to us. You get lock-on grips on both the MX Race and the Hybrid Race, for example, and each of the bikes gets a saddle with cromo rails. Double-pass welds that are then filled give a smooth look and add to the air of quality. That’s not something that’ll affect the ride feel but it would clearly be cheaper for Boardman not to do it. “We wanted to offer bikes in the £500 range but we would’t do that until we were sure about the quality of the product,” said Chris Boardman at the launch. “The MX Race is a particular favourite of mine because you have the ability to go on tracks and paths and it’s a great bike to go to work on. It hits a perfect niche.”

These new Performance Series bikes will be available from over 200 selected Halfords superstores and at www.halfords.com from Wednesday 12 December. You can pre-order now.