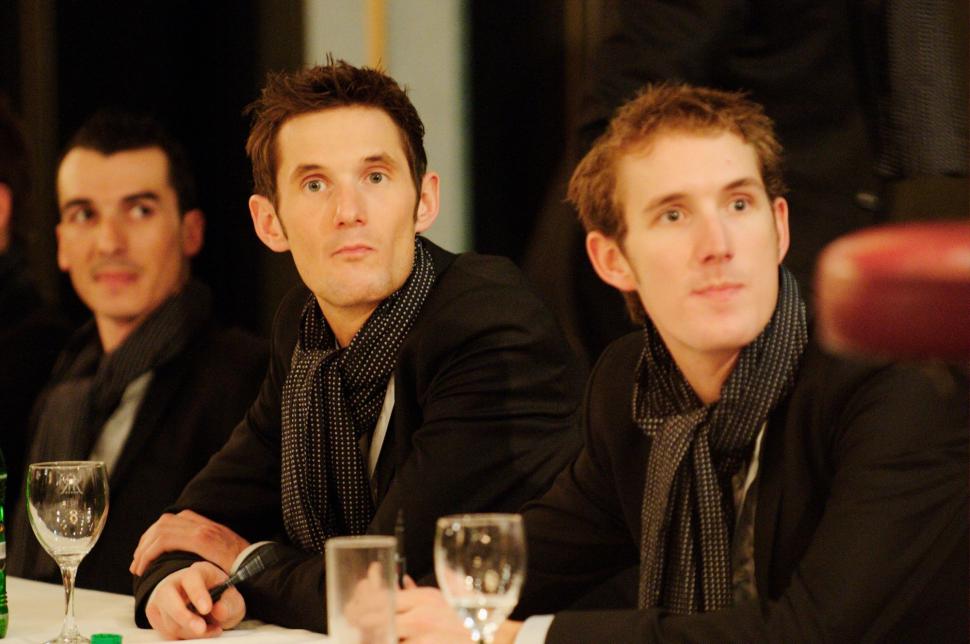 Outfit said to be set for 2013 debut and will be sponsored by 'doping for hair' shampoo firm endorsed by Jan Ullrich...
by Simon_MacMichael

Andy and Fränk Schleck are reportedly set to leave RadioShack-Nissan alongside team mates Jens Voigt and Linus Gerdemann and directeur sportif Kim Andersen to join a proposed Germany-based team for the 2013 season. Trek is said to have been lined up as bike sponsor.

Danish TV channel Sporten TV2 says that according to news agency DPA, the team will be sponsored by cosmetics business Alpecin, best known for its shampoo which is claimed to prevent baldness, and whose current ad campaign is fronted by former Tour de France winner (and now banned) Jan Ullrich under the couldn’t-make-it-up slogan of ‘Doping for Hair.’

The launch of that campaign took place the day before Ullrich was given a two-year ban in February by the Court of Arbitration for Sport in connection with the Spanish Operacion Puerto anti-doping investigation.

News of the Schleck brothers’ plans to leave RadioShack-Trek, if true, is the latest episode in what has become a farcical soap opera being played out at the team, with Fabian Cancellara’s current stint in the Tour de France’s maillot jaune likely to be just a brief diversion for some serious problems at the Luxembourg-based outfit.

The brothers’ relationship with manager Johan Bruyneel has deteriorated apparently beyond repair, and the Belgian ex-rider himself faces charges from the US Anti-Doping Agency alongside Lace Armstrong, whom he managed at US Postal and elsewhere.

Flavio Becca, the Italian born businessman who bankrolled Leopard Trek when it was set up at the start of the 2011 season and continues to invest heavily in the team, which merged with RadioShack ahead of the start of the current season, is reportedly under investigation in Luxembourg in connection with his financial affairs.

Last month, three employees of the team filed a complaint against it to the UCI alleging that they had not received their salaries, with auditors Ernst & Young now investigating the matter.

Andy Schleck, recently presented with the maillot jaune he was awarded for the 2010 Tour de France as a result of Alberto Contador’s disqualification, was last month forced to withdraw from the team’s squad for the Tour de France.

Meanwhile, brother Fränk pulled out of the Giro d’Italia early due to injury and after losing significant time in Saturday’s Tour de France Prologue is likely to struggle to repeat last year’s podium position given the amount of time trialling in this year’s race.

Jakob Fuglsang, the only member of the team besides Cancellara to have recorded a win this year – he took the overall in its home race, the Tour of Luxembourg – has stated his intention to leave at the end of the season after he was left out of the Tour de France line-up.

He had initially been due to lead the team in the Giro in May, but was replaced by Fränk Schleck after having to withdraw ahead of the start in his native Denmark due to a knee injury.

It’s likely that the departure of the Schleck brothers from RadioShack-Nissan, which races under the licence that Leopard Trek used in 2011, would spell the end of a team that was launched with high expectations but on the whole has failed to deliver on its promises, and more recently has risked descending into farce.