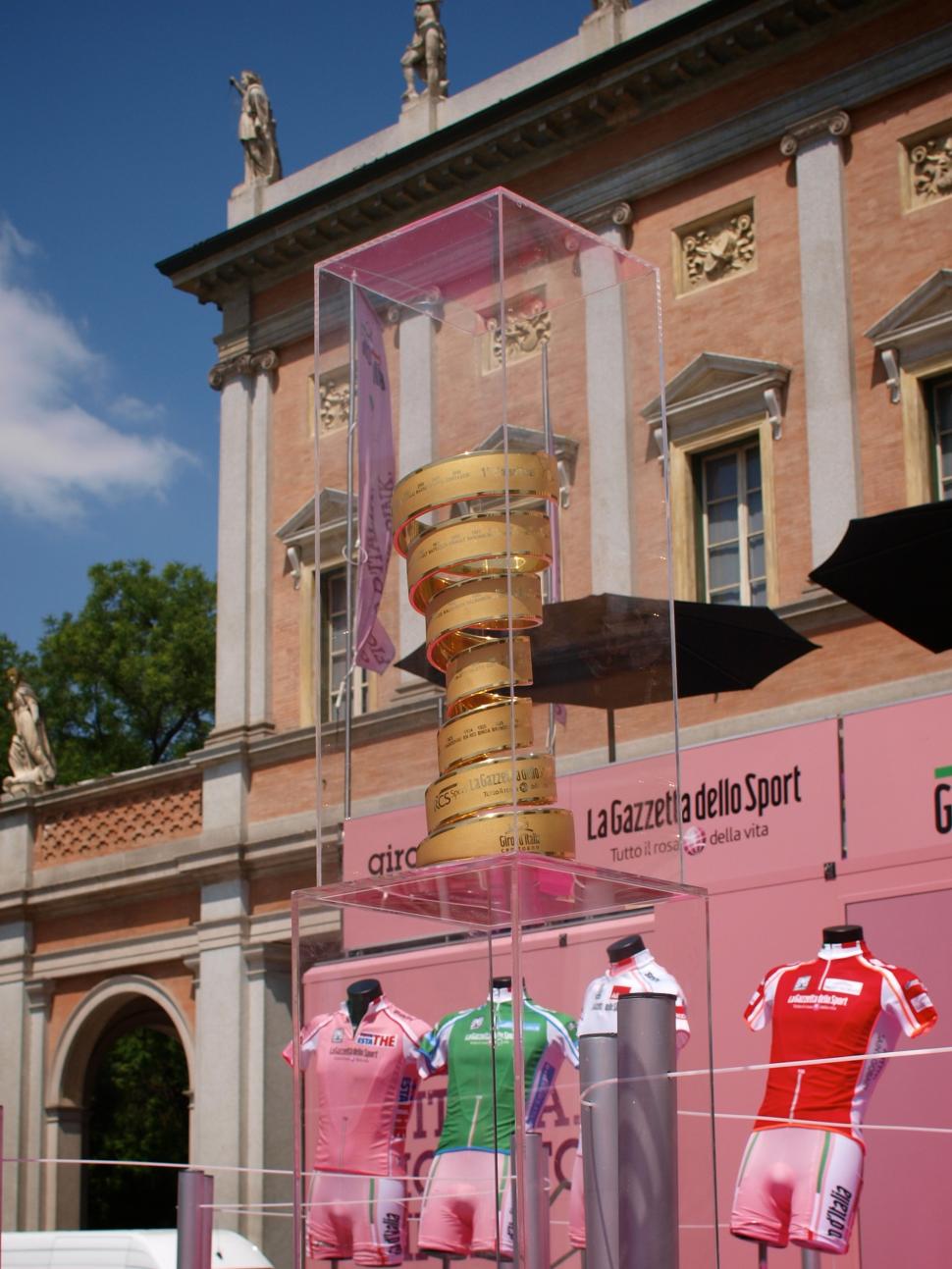 Britain's David Millar completed a hat-trick of Grand Tour individual time trial wins in Milan today, taking his first Giro stage to add to previous wins in the Vuelta and Tour de France, as  Alberto Contador this afternoon sealed his overall victory in the 2011 Giro d'Italia. Michele Scarponi of Lampre-ISD held onto second place in the general classification despite Liquigas Cannondale's Vincenzo Nibali taking 10 seconds back from him today.

Millar’s time put him 7 seconds ahead of second-placed Alex Rasmussen of HTC-Highroad, with Contador himself the third quickest rider on the 26km course, 36 seconds behind the winner. The Scot, a past team time trial winner in the Giro, had never before won an individual stage in it, whether on the road or against the clock, although he did wear the maglia rosa earlier in this year’s race.

After winning the sixth Grand Tour of his career, Contador will now head to France in July to attempt not only to claim his fourth Tour de France overall title in five years, but also become the first man to land the Giro-Tour double since Marco Pantani in 1998.

The Court of Arbitration for Sport (CAS) had been due to rule in a fortnight’s time on the appeal brought by the World Anti-doping Agency and the UCI against Contador being cleared of doping charges by the Spanish national federation, the RFEC, following his positive test for clenbuterol in last year’s Tour de France.

That appeal has now been postponed, however, and is not now likely to take place till after July’s race. Should the appeal go against Contador and the Saxo Bank-Sungard rider be banned, he is likely to be stripped of his 2010 Tour de France win.

It is less clear what would happen to his 2011 Giro d’Italia victory plus any other results achieved since he returned to racing. Some expect that he would be stripped of all results subsequent to last year’s Tour de France, but there have been reports that his results this year would stand, since Contador has been cleared to race by his national federation.

Today, as wearer of the maglia rosa, Contador was the final rider off at two minutes before 5pm local time, and straight from the start ramp he was pedalling with purpose in pursuit of the time set my Millar, silver medallist behind Fabian Cancellara in the World Championships in Geelong last year.

The 34-year-old Scot had started the day in 104th position on the general classification, three and a quarter hours down on Contador, and zipped round the course, which had been shortened as a result of local elections being held in Milan, in a time of 30 minutes and 30 seconds at an average speed of 51.6kph.

Contador was the only rider to get inside Millar’s time of 10 minutes 21 seconds at the first intermediate check, and then only by 1 second. However, by the second time check, the Spaniard had lost ten seconds on the Garmin-Cervélo rider as his pace eased up on the second half of the course.

Logistical and personnel issues caused by local elections being held today in Milan had caused the length of the course to be shortened and that, as well as the margin of the lead Contador held this morning, perhaps added to a sense of anti-climax today.

Also contributing to that was the fact much of the course was based around the car parks and approach roads surounding the huge trade fair area to the north west of the city centre.

The riders then headed past what, by the standards of the Giro, perhaps the most picturesque of cycling’s three Grand Tours to the television viewer, was a drab suburban backdrop on its way to the finish in front of the city’s vast Gothic cathedral, the third largest church in the world.

There too there was little hint of the majestic setting for those watching TV, with both the cathedral itself and the neighbouring Galleria Vittorio Emanuele II obscured by a mass of signage and poor use of camera angles.

That was a minor detail though at the end of a three week race that was overshadowed by the death in a crash on Stage 3 of Wouter Weylandt’s, the riders today passing over a finish line that bore the Leopard Trek rider’s race number, 108, as well as his initials.

Never far from the thoughts of anyone connected to the race over the past fortnight, the 26-year-old Belgian, ‘sempre con noi’ – ‘always with us’ – as countless banners and the presentation stage proclaimed, made it to the end of the 2011 Giro d’Italia after all.