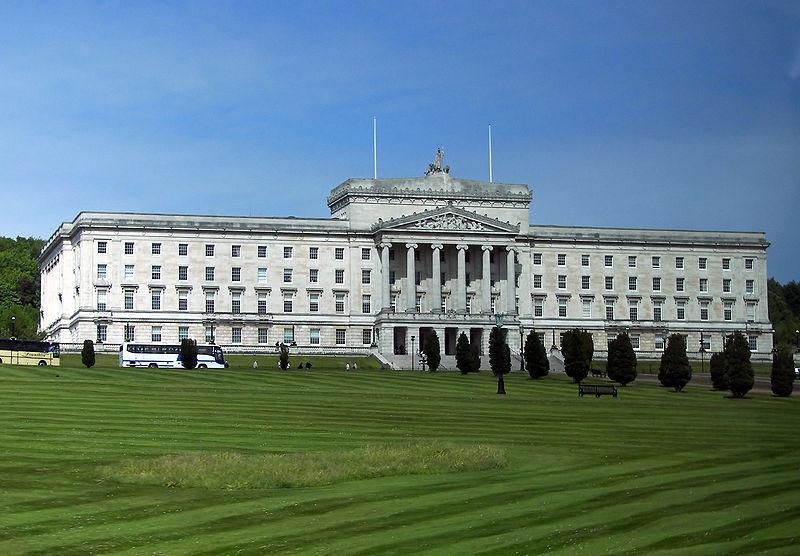 Opponents of compulsion highlight experience of Netherlands and Denmark
by Simon_MacMichael

The compulsory helmet law being proposed by Northern Ireland Assembly Member Pat Ramsey, who earlier this week saw the second reading of his private member’s bill passed by two votes, has been welcomed by doctors in the province, but  opponents say it will deter people from cycling and ignores wider aspects of the road safety debate.

Under the proposed legislation, cyclists would be fined £50 for not wearing a helmet, although on first offence they would have the option of going to a shop and purchasing one, producing the receipt to have the fine waived.

As reported on road.cc earlier this week, national cyclists’ organisation CTC and the sustainable transport charity Sustrans joined forces in expressing their opposition to Mr Ramsey’s bill, but in a debate lasting more than two hours on Monday evening which you can watch on the BBC Democracy Live website or read on Hansard, the SDLP politician claimed to have the support of the medical profession.

In presenting his bill, the SDLP politician claimed to have the support of the medical profession, and following the outcome of the vote, Dr Paul Darragh, Chairman of the British Medical Association’s Council in Northern Ireland, quoted on the 4NI website,  said: "BMA welcomes that the Cyclists (Protective Headgear) Bill - sponsored by Mr Pat Ramsey - has been passed by the Assembly.

"As part of a range of measures to improve cycling safety, BMA has advocated that cycle helmet wearing should be made compulsory.

"It is doctors who witness and treat the range of cycle related injuries after they occur and see first hand the devastating impacts cycling injuries can have."

Dr Darragh added: "Best evidence supports the use of cycle helmets. They have been shown to reduce the risk of head injury and its severity should it occur in non-fatal collisions.

"The consequences of traumatic brain injury are significant not only to the individual involved, but to their families and to society as a whole.”

Mr Ramsey himself acknowledged that concerns expressed by CTC, Sustrans and others that his proposed law might lead to a reduction in the number of people cycling were valid, and said that as a result he envisaged the ban coming into full force only after a three-year introductory period.

“I am not for one minute dismissing claims that cycling incidence reduces after the introduction of helmet legislation,” he explained. “In fact, it is out of concern for any negative impact that I have proposed a three-year introductory period, if the legislation were approved, during which there would be a publicity campaign and time for schools, the Department and other parties to enter into a full awareness campaign. That full three years would allow ample opportunity for those groups and other cycling groups to come on board and to become aware of the regulations.”

Mr Ramsey, a former Mayor of Derry, added: “It surprised me that some cycling organisations are opposed to the Bill. The reason why it surprises me is that in organised cycling events, even informal rides out, cyclists are invariably helmeted. It also surprised me because the main governing body for cycling racing, the Union Cycliste Internationale (UCI), has made helmets compulsory in all racing events.

“It is, therefore, surprising that some cycling organisations argue against the same level of protection for children and adults as they insist on for themselves. Let us face it: most cyclists are not professional; they cycle on roads that are shared by motorised traffic, with the obvious accompanying risks.”

Speaking against Mr Ramsey’s Bill, Alistair Ross of the Democratic Unionist Party, highlighted that he believed that enforcement of a ban and fines would be a waste of police and court resources, as well as the fact that he believed it would lead to fewer people cycling, and underlined that the issue of cyclists’ safety needed to be viewed within the context of the wider road safety debate.

“Denmark and the Netherlands have many cyclists and among the best road safety statistics and the fewest injuries for cyclists,” said Mr Ross. “Importantly, they also have among the lowest numbers of cyclists who wear helmets. We have to ask ourselves why that is,” he continued.

“If people in the Netherlands and Denmark are not wearing helmets, why do they still have a better road safety record? It is down to issues such as public awareness and the fact that the number of cyclists changes drivers’ attitudes. Drivers are more aware of cyclists and the dangers for them, and they adapt their driving accordingly. In some towns in the Netherlands, cycling traffic is separated from motorised traffic, which is also important.”

Mr Ross claimed that “It is slightly disingenuous to argue that this legislation will prevent tragedies. There is evidence from around the world that in many tragedies involving cyclists — each one is a tragedy — the wearing of a cycle helmet would have made no difference. In accidents involving lorries or larger cars, cycle helmets make minimal difference. I listened to the arguments about seat belts and motorcycles, but the situation with bicycles and cycle helmets is different because protection is afforded only to the head. It is important to bear in mind those arguments.”

"We know that motorbikes travel at considerable speeds and accelerate very fast, and cars are much the same. Likewise, seatbelts are different because they protect the whole body and other passengers in a car. If those in the back seat are shunted forward in an accident, the people in front of them are protected. There is a wider issue there.

“Mr Ramsey talked about the smoking ban. In that case, the personal choice of someone to smoke has a direct effect on other people. Again, it is a different argument to make.

“Many Governments around the world have debated the issue of cycling helmets and have ultimately decided against implementing legislation, with the exception of Australia and some states in the United States. It is my understanding that the Executive have discussed the issue but could not agree on it and will not support the Bill,” he continued.

Mr Ross added: “I have considered the issue and have looked at the evidence from many places around the world. I have listened to the concerns of cyclists and cycling organisations, and I have decided that I will not support the Bill. “

However, he said that he hoped that Mr Ramsey would continue his efforts “to ensure that there is greater understanding and awareness of cycling issues in an overall road safety strategy, perhaps to improve cycling standards or, speaking as someone who did his cycling proficiency test in primary school a long time ago, to ensure that children are taught safe techniques when they are learning to ride their bicycles.”

The bill now proceeds to the committee stage, and there is still a long way for it to go – and many potential hurdles – before it becomes law, and we will of course keep you updated on developments here on road.cc.