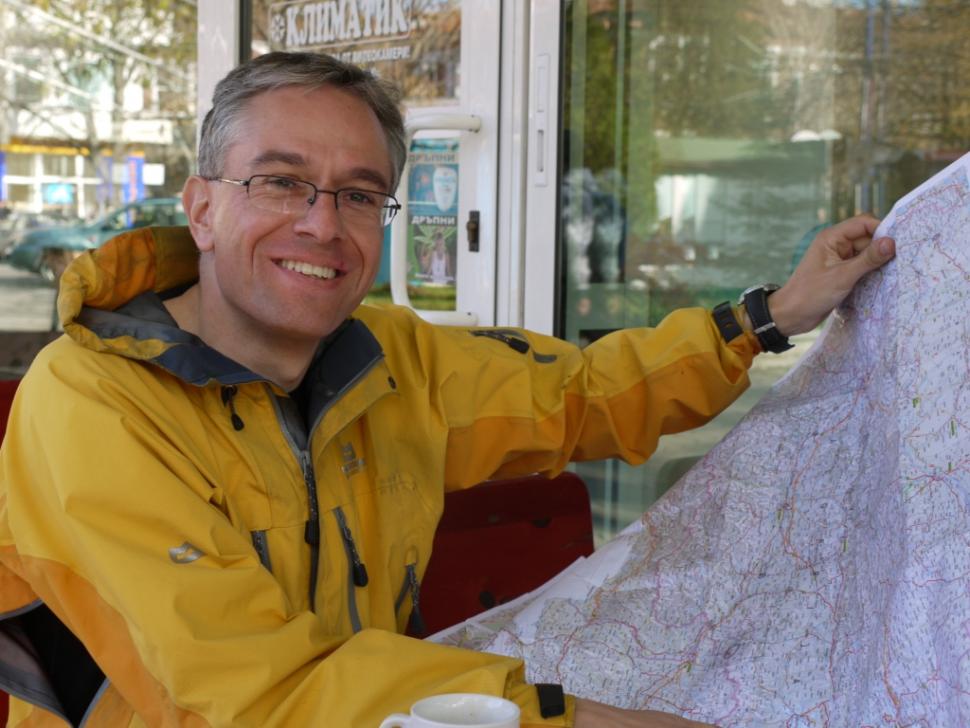 500 days in, Ken has had seven punctures but no wedding proposals
by Mark Appleton

Five hundred days after globe-pedalling cyclist Ken Roberts set off from Somerset on a four year round-the-world trip to raise funds for the Outward Bound Trust, he has reached the Australian town of Cairns.

In September 2009 Ken began his journey on a Thorn eXp touring bike, hoping to raise £45,000 for the charity that works with young people to help them develop to their full potential.

After crossing Europe, northern Turkey, through Russian-occupied Georgia and Causcasus, Ken spent most of 2010 crossing Asia. From the arid plains of eastern Kazakhstan through the mountains of western China and into the Gobi desert, he had to contend with treacherous roads, temperatures of over 40 degrees C and unrelenting gale-force winds.

Ken arrived in Hong Kong at Christmas having crossed two continents and covered over 9,000 miles. He enjoyed celebrating with traditional British food including Christmas pudding on Christmas Day.

Having arrived in Cairns he recovered from a bout of flu before getting underway again on January 15, the 500th day of his challenge. As three quarters of Queensland has been declared a natural disaster area, he is expecting to see a lot of the flooding devastation once he heads south. Read more about Ken's trip here.

Some facts and figures from Ken's 500 days on the road: