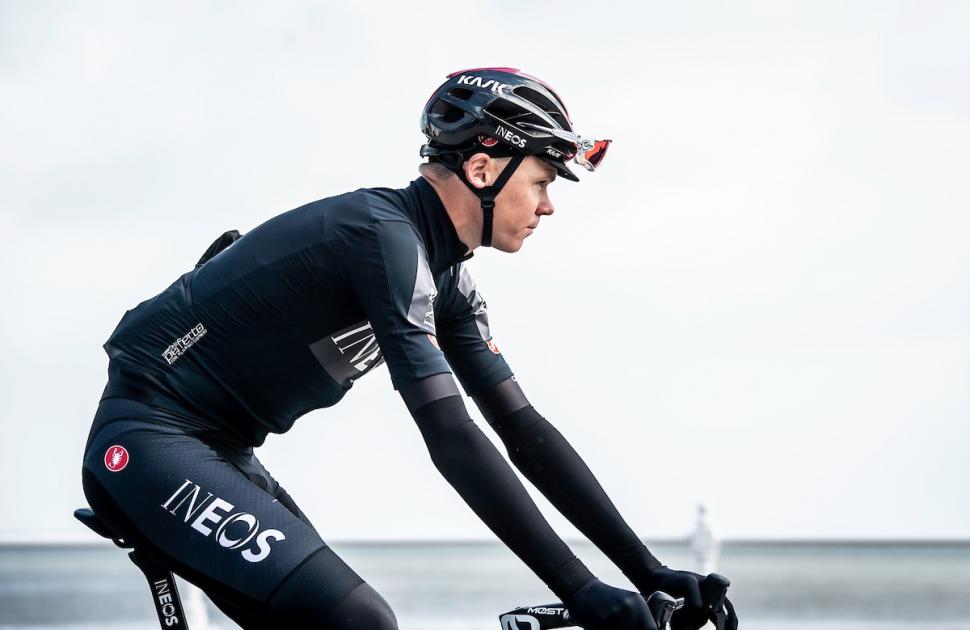 Four-time Tour de France winner Chris Froome insists that his recovery from injury "is going well" following reports in Italy that he had left a Team Ineos training camp early, putting into doubt when he would return to racing.

A report in the print edition of the Italian magazine Bicisport quoted Team Ineos sports director Dario Cioni as saying, "“He is not well and who knows if he will recover?”

The Bicisport article, which was not published on its website was reported upon by the Italian website Spaziociclismo and subsequently picked up by the mainstream press and specialist cycling publications, including road.cc (see below).

However, Froome, who is still battling to get back to full fitness after his crash while undertaking a recce of the individual time trial course at the Criterium du Dauphiné last June, said on Twitter this evening that he had not attended a training camp since early December and insisted that his recovery "is going well."

Hope that I can set this straight, I was last at a training camp at the beginning of December. My recovery is going well and I will be heading to my next training camp on Thursday. Onward

He added that he heads to his next training camp this Thursday,

New concerns have been raised over Chris Froome’s recovery from his horrific crash at the Criterium di Dauphiné last year, with the Team Ineos rider reported to have left its training camp earlier than expected.

According to a report in the Italian cycling magazine Bicisport, the 34-year-old was struggling to keep pace with team-mates during rides in the camp on Majorca, and team staff are now said to be very concerned over the length of time it is taking him to recuperate.

The magazine quoted Team Ineos sports director Dario Cioni as saying: “He is not well and who knows if he will recover?”

Due to the concerns over Froome, Team Ineos is said to have blocked Egan Bernal from targeting the Giro d’Italia ahead of defending his Tour de France title.

With Geraint Thomas determined to prioritise the Tour de France over the Giro d’Italia, Team Ineos is now reported to be planning for he and Bernal to line up at the Gran Depart in Nice.

Froome crashed into a wall while undertaking a recce of the individual time trial course at the Criterium di Dauphiné in June, sustaining injuries including a broken femur, elbow and ribs.

In November, he underwent an operation to remove metal plates and screws that had been inserted to aid his recovery.

Last month he told his team-mates Luke Rowe and Geraint Thomas, in an interview for their Watts Occurring podcast, that he had been cleared to resume full training and was targeting returning to racing in February, with the Tour de France his main goal for the season as he seeks a record-equalling fifth yellow jersey.

He told Rowe and Thomas: “I've been working really hard to keep the form and the way I ride, not getting into any bad habits.

“The first thing is just getting back on the bike and then trying to work on some of the weaknesses.”

“That right leg now hasn’t been working properly for six months, so it’s quite weak and needs a lot of work.”

Froome had a noticeable limp in his right leg at the Tour de France Saitama Criterium in October, where he missed the main race but rode an exhibition time trial, saying at the time that the balance of his legs was around 65:35 in favour of the left one.