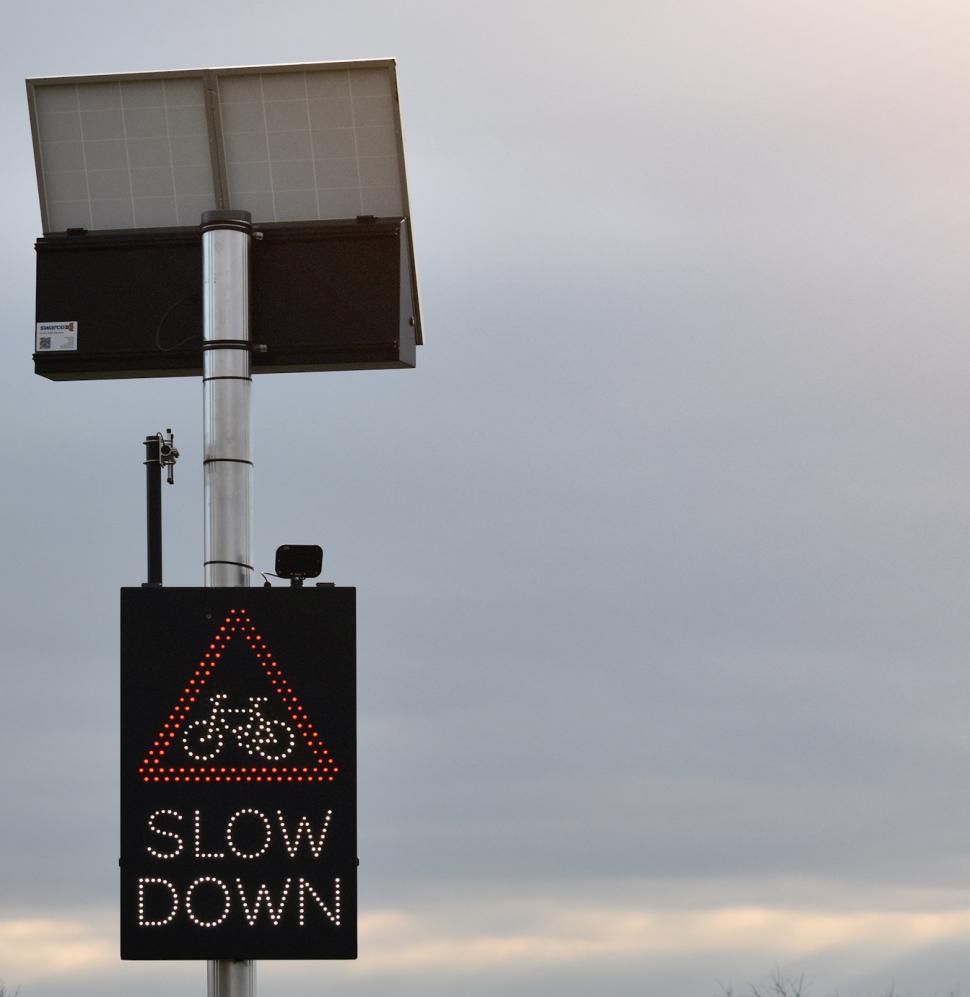 Central ​Bedfordshire Council is rolling out new high-tech signs that detect cyclists on country lanes and warn motorists of their presence.

The council, which is seeking to encourage cycling, was looking for a way to help protect riders on country roads, where bends and hedgerows often result in limited visibility.

The result, developed by the UK subsidiary of Austria-based traffic technology company SWARCO on behalf of Jacobs Engineering, is a vehicle activated sign (VAS) which aims to make drivers aware of cyclists on the road ahead.

The solar powered signs will be deployed on defined detection zones of approximately 750 metres.

When radar sensors detect a cyclist entering the zone, the signs at either end flash up a warning to motorists who are driving at a speed in excess of a pre-defined threshold that a rider is ahead of them and they should slow down.

Paul Wright, technical estimator at SWARCO, said: “Jacobs asked us to design a scheme that would detect a cyclist in the lanes and alert motorists to their presence.

“The lanes leave both cyclists and motorists blind to one another, with high hedges that make it difficult to see the road ahead.”

He continued: “This project involved creating a bespoke solution tailored to the needs of Central Bedfordshire Council.

“Using our suite of best-in-class products and traffic technologies, we have created a reliable solution that will help improve driver awareness of vulnerable road users and increase safety for cyclists.”

According to a Pedal Cycling Road Safety Factsheet published last year by the Department for Transport, “55 per cent of fatalities, but only 31 per cent of pedal cycle traffic, takes place on rural roads.”

Besides the issues related to visibility mentioned above, another factor behind the higher-than-average fatality rate is that such roads typically have higher speed limits than those in urban areas, and with many drivers failing to tailor their speed to account for the conditions.