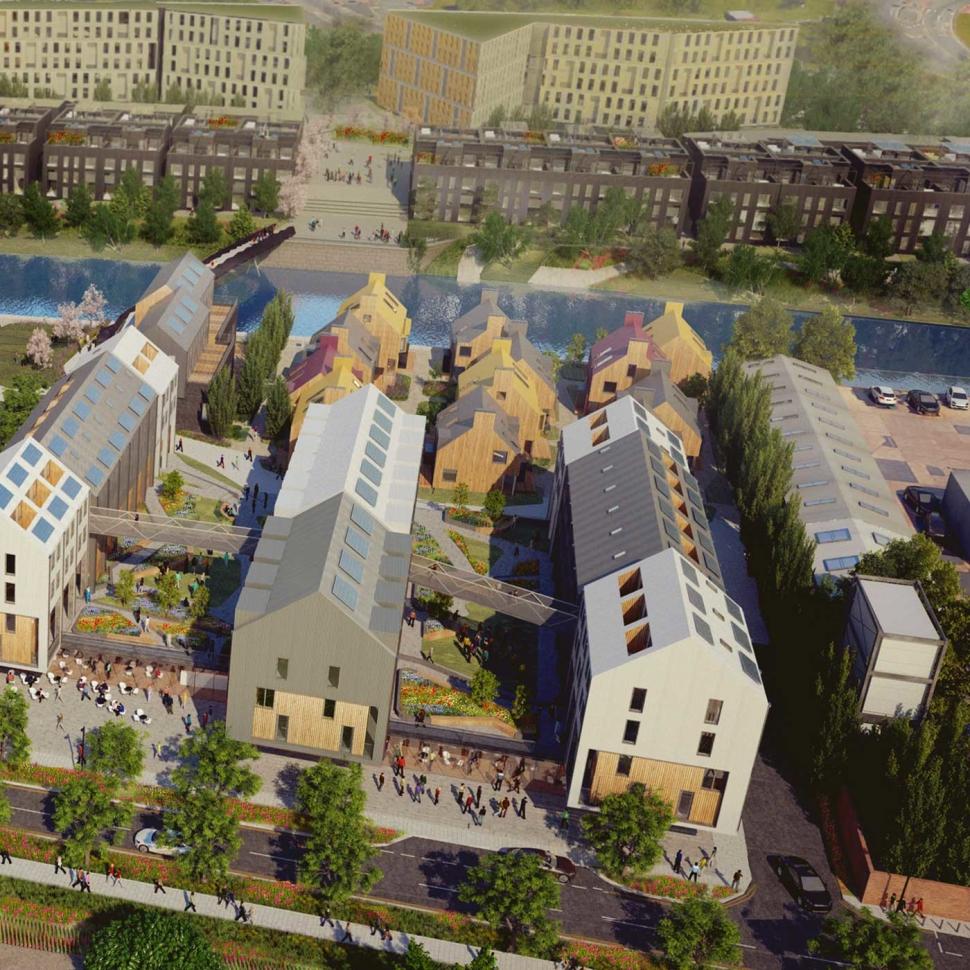 New car-free school in Leeds will have no parking spaces

A new 420-place primary school in Leeds will have no parking spaces for staff or visitors if it is approved by planners this autumn. The project is part of a new zero-carbon neighbourhood called the Climate Innovation District that is already under development by the River Aire.

The Guardian reports that the developer, Citu, has already completed homes north of the river. Car access is limited within the area to encourage safe walking and cycling. Homes are instead surrounded by open, green, space connected by paths.

There is less than one parking space for each property with spaces in underground car parks costing buyers an extra £12,500.

“The Climate Innovation District is your ticket to an extra hour in bed when you used to be stuck in traffic,” says Citu in the blurb. “It means you’ve got more time to spend with your family. When you’re just a relaxing stroll away from everything Leeds has to offer, there’s suddenly a whole lot more fun to be had.”

The school will be part of a four-storey building which will also house a 70-room care home and a number of one- and two-bedroom flats.

Pupils will have access to a courtyard, which will become available for local residents during evening, weekends and holidays.

Council planners initially tried to push for parking at the school, but Citu didn’t budge.

Rob Allen said: “We want to change things and bring in walking and cycling routes to connect the school with housing and the river path, which will take residents all the way to Leeds central station in 20 minutes on foot, all without crossing a single road.”

Joe Irvin, the chief executive of Living Streets, commented: “We know that many parents are put off walking their child to school because there are too many cars around the school gates – a car-free school would certainly solve that.

“Cars round the school gate can create a dangerous environment, through unsafe manoeuvring and parking, speeding traffic and toxic air pollution. It’s fantastic to see these plans prioritise walking and cycling. Other local authorities should be making sure these healthier forms of travel are their priority, too.”

Earlier this year, a Sustrans survey found that almost two thirds (63 per cent) of teachers want a ban on parents dropping off and picking up their children by car outside school gates to help reduce air pollution.

The Mayor of London, Sadiq Khan, has been among those to advocate a ban on cars near schools.