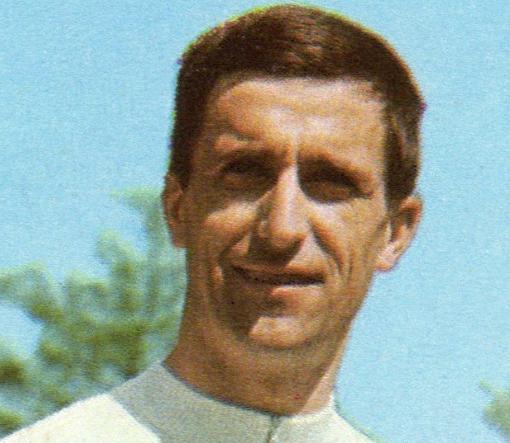 Haswell, County Durham, now has permanent tribute to its most famous son
by Simon_MacMichael

Sir Bradley Wiggins has unveiled a memorial to Tom Simpson in the County Durham village where the rider many consider to be Great Britain's greatest ever male cyclist was born.

While there is a memorial to Simpson on Mont Ventoux, where he died after collapsing on the climb during the 1967 Tour de France, it's the first memorial to him in his birthplace, Haswell.

In July, Wiggins joined Simpson's family and friends on Mont Ventoux as that memorial was officially reopened on the 50th anniversary of his death.

This weekend they gathered again in Haswell for the unveiling of the new memorial which hasd been championed by Simpson's nephew, the cycling writer Chris Sidwells, reports the Northern Echo.

Simpson was the first British rider to wear the leader's yellow jersey at the Tour de France and also won Milan-San Remo, the Tour of Flanders, the Giro di Lombardia and Paris-Nice as well as the road world championship.

His achievements are marked by an inscription on the new memorial which reads:  'Olympic Medallist, World Champion, Classics Winner and Pioneer of British Cycling'.

After unveiling it, Wiggins said:  "He is one of my heroes, probably the ultimate hero really.

"In the same way kids of my age when we were younger probably looked up to Bobby Moore like that.

"He had the kind of legend, iconic status. People's deaths increase that as well, like Bobby Moore when he died in '93.

"Their status almost goes up a level when they die, because they are not around anymore, you are left with iconic vision and the pictures.

"That only increased the fascination for me," Wiggins continued. "The fact he died doing something we are all trying to do every day and in the prime of his career as well."

Many believe that the memorial in the mining village where Simpson spent the first 12 years of his life was overdue, inccluding Pete Riddell, who runs the Sunderland cycling cafe, Fausto Coffee, with his wife.

He said: "It's important for me to be here. I have been cycling for probably 30 years and as a kid I grew up on stories of Tom Simpson," he said. "The fact he was born locally meant a lot. My uncle raced in the 60s, so he was a bit of a hero in our house.

"I always used to get quite disappointed as I trained as a youngster that I would ride through Haswell and there was not a marker to say that Tom was even from here.

"But in those days I suppose it was a minority sport and it was never really a consideration. So it's great that today something has finally happened and Chris Sidwells needs to be given a lot of credit for the fact that it has happened. It's a permanent nod to the fact that one of the best cyclists from this country ever is a local lad - it means a lot."

Among those present was Simpson's daughter, Joanne, who said: "I think it is fantastic that the continent knows who Tom Simpson is.

"But a lot of people in England don't know. I think it is fantastic that my cousins, Judith and Chris, were able to do this for dad.

Asked how her father would have reacted to the memorial, she replied: "He would have laughed, he would have found it really amazing."