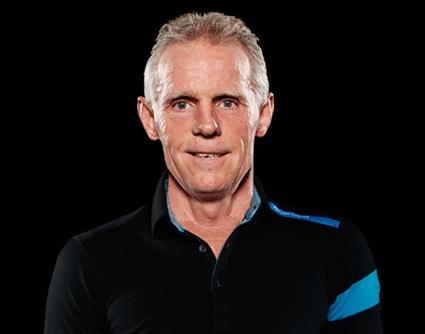 Former GB Cycling Team technical director found to have used the word "bitches," absolved of all other charges...
by Simon_MacMichael

Varnish, who competed at the London 2012 Olympics in the team sprint with Victoria Pendleton – the pair won world championship silver in the event in 2011 – has said she is “shocked and upset” at the news, which she has described as “heart breaking,”

In October, the governing body upheld Varnish’s complaint against the Australian, saying he had “used inappropriate and discriminatory language,” and expressed its “sincere regret that this happened.”

But according to a letter obtained by BBC Sport’s Dan Roan, just one of the nine charges laid against Sutton – namely, that he used the word “bitches” – was upheld.

The charges against the 59-year-old, who has previously said he plans to appeal against the decision, fall under two broad headings – allegations of discriminatory conduct, and bullying.

The letter obtained by BBC Sport, reveals he faced three charges of having used “derogatory and offensive language” – namely, “bitches,” “Sheilas,” and “use of the c word’.” Only the first was upheld.

Two other charges fell under that heading – that equipment was not distributed equally among male and female riders, and that there was discrimination in terms of careers after a rider left the Olympic Podium Programme. Again, Sutton was cleared on both.

The other two charges related to alleged bullying by Sutton, one in relation to Varnish’s body weight, the other to the decision to end her participation in the Olympic Podium Programme. Neither was upheld.

All of which begs the question why British Cycling announced last month, without qualification, that it had upheld Varnish’s complaint, especially since the separate UK Sport-ordered investigation which was due to report in October is still ongoing.

Certainly, Varnish, who turned 26 last month but is no longer on the Great Britain Cycling Team squad of funded athletes, was taken aback by the news that Sutton had been cleared of all but one of the charges.

The Worcestershire-born rider told BBC Sport: “I am shocked and upset by this latest news and have instructed my solicitors to appeal the findings of the internal investigation on my behalf.

“Having provided substantial evidence to back up my complaints, to now learn that the majority were not upheld, is heart breaking. I know what was said, and I know I’ve told the truth.”

She added: “I have requested from British Cycling the full investigation report to understand why the weight of evidence presented by me and others wasn’t sufficient for the board to uphold my complaints.”

Her lawyer, Simon Fenton, insisted that the way British Cycling had conducted its investigation had harmed both parties.

He said: “Jess Varnish is demanding to see the report produced by British Cycling which they are releasing in dribs and drabs.

"They have managed to satisfy neither Jess nor Shane Sutton and to embarrass themselves in the process.

"Everyone needs to see the full report to understand how they came to their conclusions and to challenge them if appropriate."

While some of Team GB’s gold-medal winning cyclists at the Rio Olympics, including Ed Clancy and Joanna Rowsell-Shand, have backed Sutton, British Cycling’s decision in October suggested there was no way back for him.

Sutton is understood to be on a shortlist of seven people for the vacant role of High Performance Director at Cycling Australia.