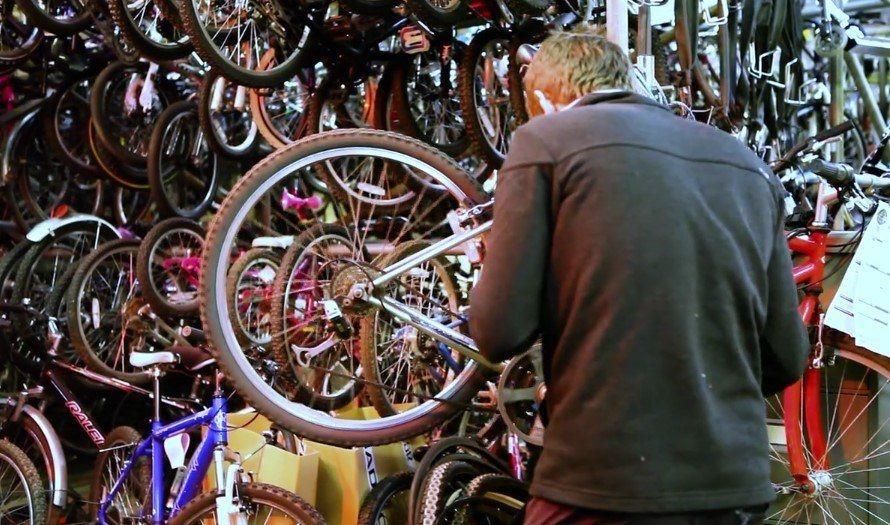 Edinburgh’s Bike Station is looking to raise £10,000 via Crowdfunder after suffering a destructive and, as yet, unexplained fire on its premises in October. The bike recycling charity has so far raised almost £8,000 with 12 days of the campaign remaining.

Bike Station takes old, unwanted bikes off people and fixes them up so that people can get an affordable form of transport.

BikeBiz reports that the fire devastated the charity’s shop floor, workshop and office space, and left a large hole in the roof. With the building now inaccessible, Bike Station has been forced to operate at reduced capacity out of a nearby warehouse.

Although the premises were insured, the insurance isn’t enough to cover all the damage caused by the fire.

Manager Steve Hynd said: “We would like to ask for help from members of the public. This could take the form of sharing our cause on social media with your family and friends or anyone you may think might be interested in helping. Any cash donations through our Crowdfunder appeal would also be of great help, however small – even a few pounds will go a long way to helping us back on our feet."

Backers are being offered services such as bike maintenance sessions as rewards. You can make a donation here.

Donations will go towards rebuilding the training workshop; replacing office equipment; replacing educational and training materials; and on the tools and work stands used in the training sessions offered to the public.