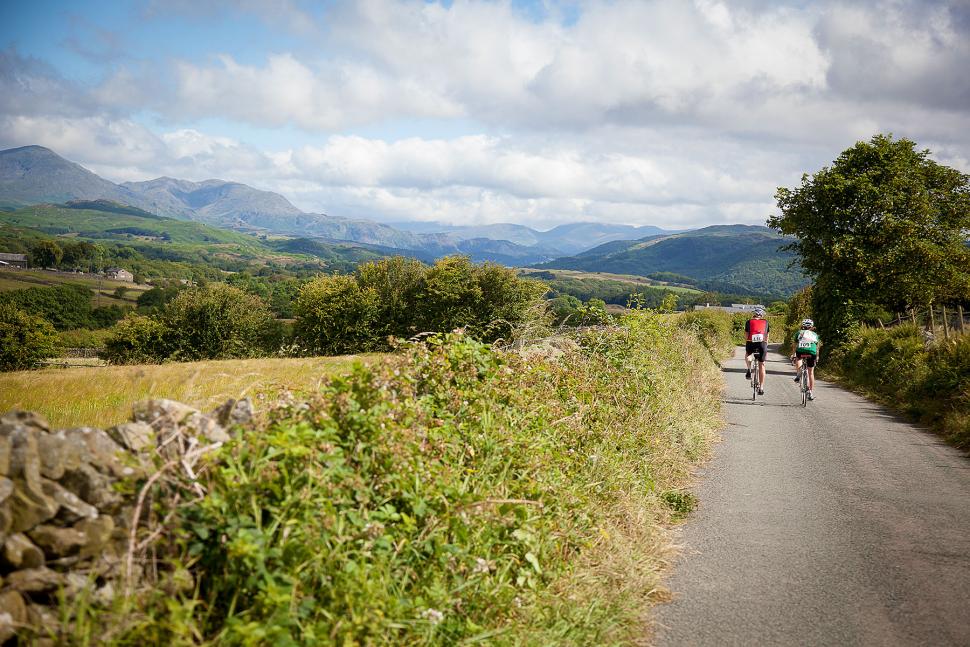 The Mighty Corinthian - follow road.cc's Team of One tomorrow on Instagram as he tackles 'The longest retro bike event in the world'

At 301 kilometres the Mighty Corinthian  has to be one of the longest single days out on a bike. Throw in the fact it’s in the Lake District, then consider you have to ride a pre-1987 almost-certainly steel bike without indexed gears.

This is very likely a world-exclusive proposition, to which most people will fall into one of two camps: ‘Where do I sign up?’, or (more likely) ‘Not in a month of <expletive> Sundays’. It's actually on a Saturday - June 25th (tomorrow even), to maximise the daylight available close to the summer solstice. 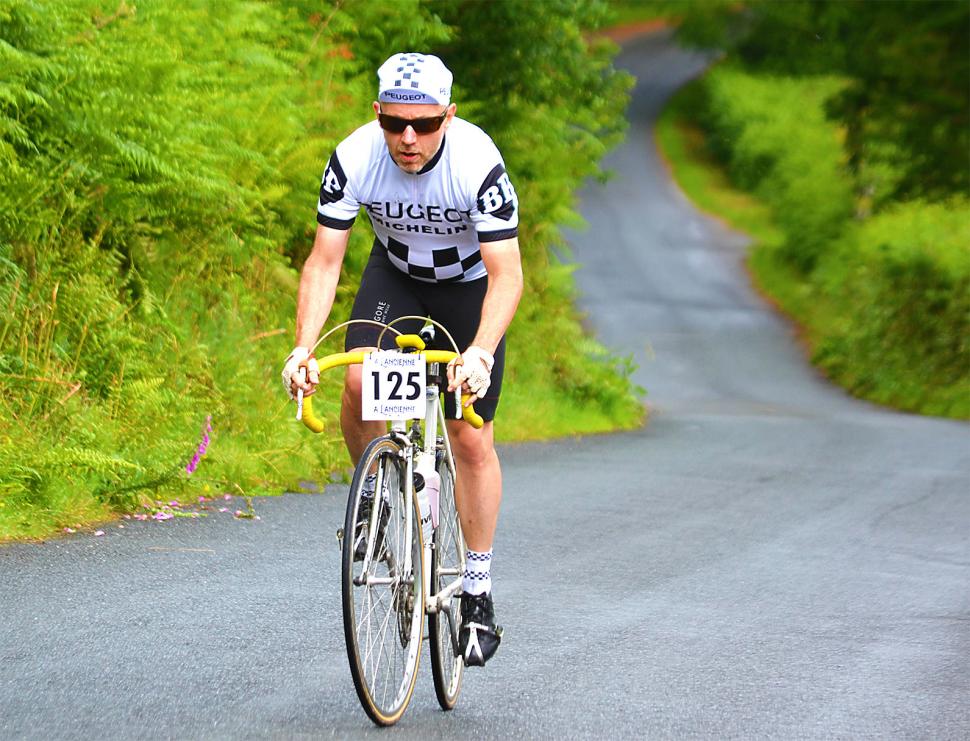 Event director Alan Brenton from Sportive Lakes found the genesis for the Mighty Corinthian in Tim Moore’s seminal work on epic vintage cycling, ‘Gironimo’ . Moore retraces the hardest, longest Giro d’Italia ever, on a bike with wooden rims and cork brakes, dressed in woollen shorts and wearing welding goggles. Not your average day out, then. Alan had done the original vintage Eroica ride on Tuscany’s famed strade bianche, and sensed a growing desire for rides that were less tweedy-festival, more genuinely hard re-creations of cycling’s historic epic battles. 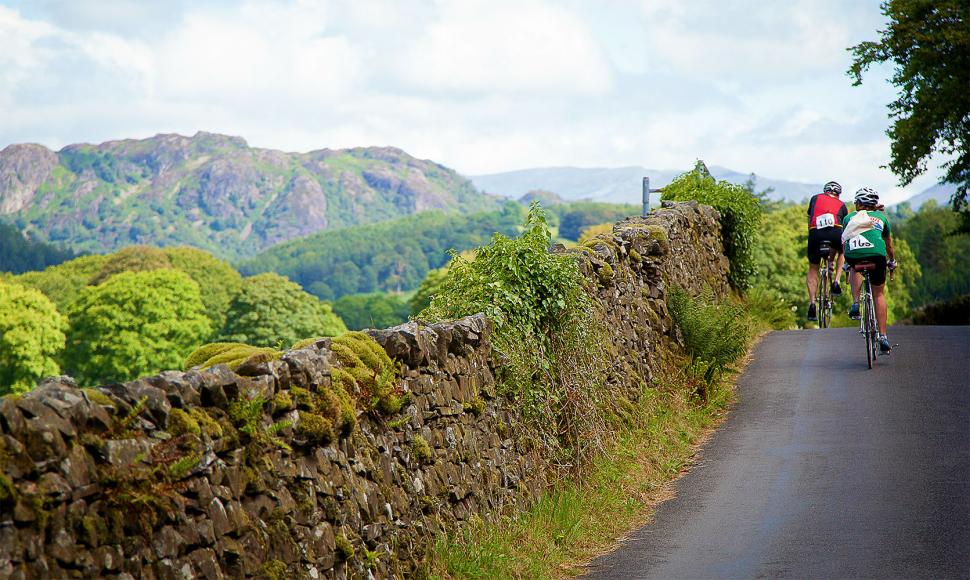 Raised in the northern Lake District, Alan knows a thing or five about teasing out the nicest bits of the northern countryside to delight and challenge vintage cyclists. No slope on the Mighty Corinthian route exceeds 8% for anything more than the briefest of stretches, so despite nearly 5km of vertical ascent it’s less grimpeur, more rouleur. He hopes the Corinthian will be more a rolling band of brothers/sisters by the end, and the achievement will certainly be well-earned with over 4,100m of climbing under your belt including Hartside (500m climbing) and Kirkstone (300m climbing) passes. One thing it’s certainly not is a race. If you aren’t riding your own sub-threshold pace then a dark place beckons, as over 301km your store of matches will well and truly be tested - Sportive Lakes will be putting on loads of fat and protein-rich foods on the day. The hope is that over the opening reaches riders will clump into groups of ability and make sharing the wind much easier. Alan’s ridden the route as a three-day tour and adjusted it to make finishing highly achievable for the well-prepared cyclist. He sees two types of cyclist setting off - once-a-year challenge seekers, plus dyed-in-the-(literal)-wool vintage velo enthusiasts. There’s a number of Belgians and Dutch coming over, staying on having ridden Eroica Britannia the week before, alongside  Australia and Germans too. This being the first time round and with word-of-mouth not yet a marketing tool, it’s unlikely to sell out - and that’s fine with him.

As you’d expect the signage of a 301km route is a major feat of logistics, with advance teams out from 2am on the day and follow-ons recovering the not-inexpensive signs to re-use on latter stages. Starts are between 3 and 5am (sunrise at 4:40), with many not expected back until the early evening (yours truly included). Befitting a professional event there are multiple first-aid and mechanical support staff as well as no fewer than five food stops. Staff will be keeping an eye on participants and will have no hesitation in removing someone likely to get themselves into a state.

Alan sees the future of the Mighty Corinthian as a few hundred riders - he wants it small enough to remain personally involved in the planning and on the day, with the participants. It’s likely to retain the same route year-on-year, part-nostalgia, part-returning challenge, part-logistics, and significantly that there’s only so many flattish roads through the Lakes. The camaraderie of finishing such an epic will be celebrated in a Finisher’s Breakfast the next day and possibly a bespoke souvenir jersey, which due to the nature of the challenge will remain rare as the proverbial.

The Road.CC Team Of One

For the last month I’ve been training for the Mighty Corinthian, riding a donated 1964 Ellis-Briggs from Glorydays Bikes  near Bakewell - the heart of Eroica Britannia. Replete with Brooks B17 saddle, ARS leather-clad toeclip pedals with Christophe straps and Shimano 600 10-speed downtube shifters, the Ellis-Briggs looks exactly the thing for the Mighty Corinthian. A Carradice saddlebag and a relatively merciful gear ratio round out the package, and I’ve become strangely attached to having nothing in my jersey pockets - The Rules be damned. At just over 10kg all-up the Shipley, Yorkshire-born Ellis-Briggs is proof that ‘old’ doesn’t have to mean ‘heavy’ - and with 28mm Gatorskins on the rather tricky-to-provision-for 27” wheels, it’s pretty comfy too - the fifty-two year old frame having no problems at all with tyre clearance. A recent 200km foray through the Hampshire Downs averaging a 24km/hr moving speed (sans Cake time) ended with no aches/pains, so the final 100k on the day should be perfectly do-able with another month’s training under the casquette.

If I finish the Mighty Corinthian it’s likely I’ll be back for more. If I fail, probably the same but with different motivation and probably more than a few months preparation. Either way, this greatest of single-day vintage rides looks destined to become an enduring fixture on the UK cycling calendar.