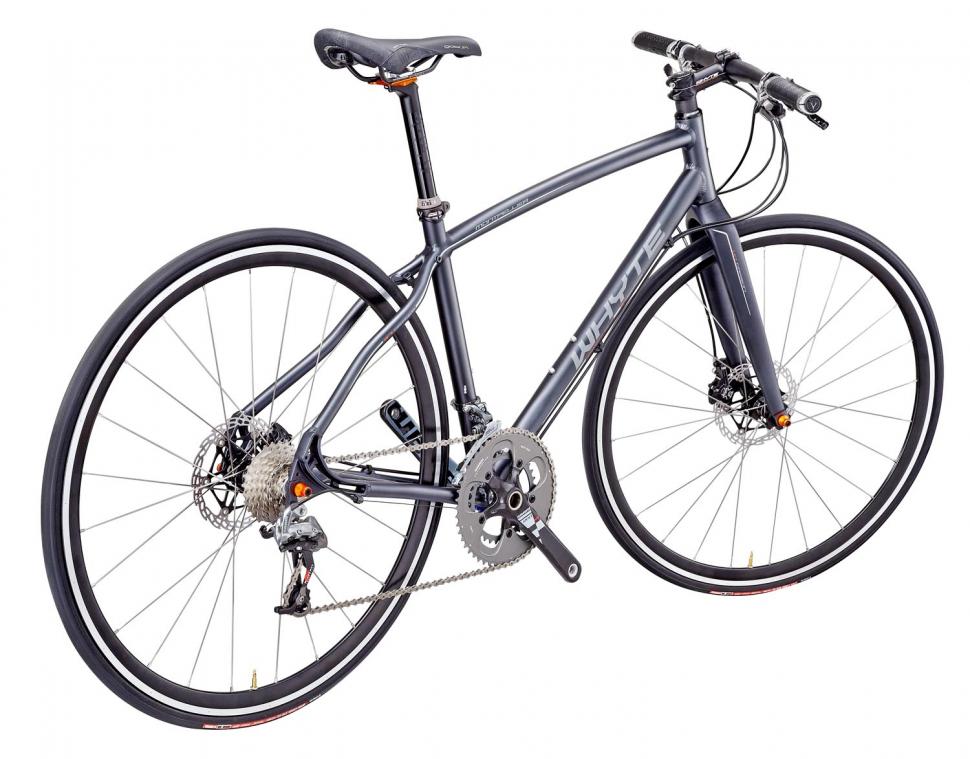 Here are the first proper pics of Whyte’s new R-7 commuter bikes that will be launched for 2011. A few weeks ago we reported that the British mountain bike brand was branching out into the urban market, and now we’ve managed to get some more information along with a sneek peek of a couple of the models.

Details are still sparse, but here’s what we’ve managed to prise out of our Whyte contacts so far…

There are four bikes in the R-7 range – the Portobello, Cambridge, Stirling, and Montpellier – all built around 6061 hydroformed aluminium frames, custom drawn, multi-butted, and with custom Whyte dropouts. You’ll get mudguard clearance and bosses for both ’guards and racks.

The Montpellier is clearly going to be the top model. It’ll feature SRAM’s 10-speed XX mountain bike shifters and SRAM road mechs – Force at the front, top-level Red at the back. Yep, SRAM Red on a commuting bike. The compact chainset (50/34T chainrings) is from the Red groupset too. Prices have yet to be confirmed but we’re guessing it’s not going to be cheap.

In fact, we know it’s not going to be cheap: you’ll get Hope’s lovely X2 hydraulic disc brakes, Hope Pro III hubs laced up to DT deep-section rims, and a bladed full-carbon carbon fork. Like that of the other bikes in the range, this will come with double eyelets and low-rider bosses.

The tyres will be Vittoria Open Corsa 700 x 23s – this is clearly a bike built with speed in mind – the saddle is a high-quality Fizik Gobi XM, and Whyte themselves provide the bar and stem. Oh, and you get Fizik lock-on leather grips… all of which is pretty darn sexy kit for getting around town.

Tthe entry-level Portobello comes with essentially the same frame but with a standard bottom bracket instead of the Montpellier’s oversized BB30 – we didn’t mention the BB30 bit before, did we? Consider it mentioned now. 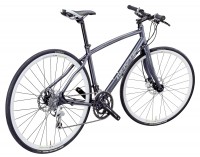 The Portobello will come with a 6061 alloy T6 fork and Shimano 9-speed shifters and mechs – a combination of R440 and Sora. Like all the other bikes in the Whyte commuting range, it’ll have a compact chainset – an FSA Tempo, in this case – and you’ll get Tektro Draco disc brakes.

Okay, so that’s a quick overview of a couple of the new bikes. The range has been a long time in the making, having begun development in an impromptu way when employee Kevin Izzard decided to build up a Whyte 19 mountain bike frame into a winter commuter four years ago. He fitted rigid forks and 700c wheels with disc hubs and Shimano’s top-level XTR mountain bike parts.

“The next major stage came when SRAM introduced the XX (mountain bike) groupset,” said Andy Jeffries, Product Director of ATB Sales, the company that owns Whyte. “It turned out that the cable pull on the mountain bike shifters was the same as the road, so the pimped up bike got SRAM Red cranks and mechs with XX disc brakes and MatchMaker shifters.

“This all worked pretty well but it was time to really deal with the geometry. We had a bottom bracket height that was designed for a mountain bike and the overall geometry wasn’t perfect. We liked the shorter stem and slacker angles of the mountain bike frame but it needed tweaking. We also wanted to use a BB30 Red crank to save weight and add stiffness.”

To cut a long story short, the Montpellier gradually developed into a 16lb (7.3kg) super-commuter, but it was also going to be expensive.

“Last winter we looked at how to make three more specs with similar core design values but at an affordable price,” said Andy Jeffries. “The results were the R-7 line, all with compact road gearing, hydraulic disc brakes, and a slacker, more stable geometry than a flat barred road bike.

“We added a semi-integrated head tube and a new custom rear dropout to mount the disc brake on the chainstay. This also allows the easy fitting of racks and mudguards – a must on a true commuter.”

We'll have more details and more pictures after the R-7 range's official launch in early July.