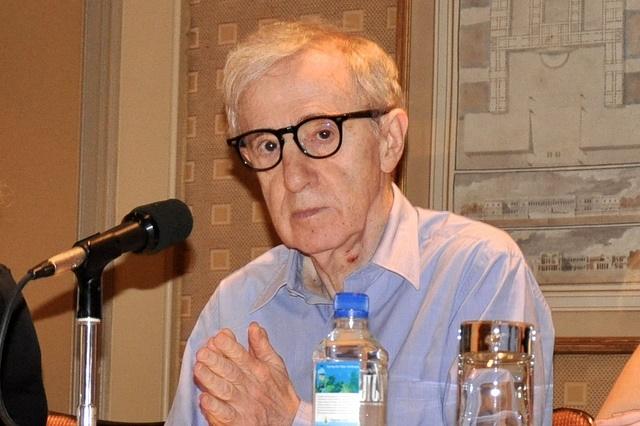 The Telegraph reports that the 80-year-old director has lived on New York’s Upper East Side since 2006 and has issues with the proposed cycle path on East 70th Street. He says the road’s too narrow for a bike lane and already busy with school and hospital traffic.

“It is home to many elderly people who comprise most of the residents, and a bike lane for these people is definitely an accident waiting at some point,” he said.

The plan to use East 70th Street only came about after a proposal to add three pairs of bike lanes on one-way streets between Central Park and the East River Esplanade was abandoned following pressure from local residents.

Channelling Nimbies the world over, Allen says that the extension of the city’s cycle paths is “out of control,” and seems to be of the opinion that cyclists don’t deserve them.

“The great amount of cyclists do not obey any safety laws and ride freely at varying speeds on the sidewalks, through stop lights, the wrong way on one-way streets, sometimes lethally.”

Allen has history when it comes to his distaste for those who opt for two wheels. Speaking to Interviewer Magazine in 2011, he said:

“New York has changed for the better in some obvious ways, like the dropping of the crime rate and people don't squeegee my windshield when I come to a stoplight. On the other hand, uncontrolled bike riders are a great hazard, and the wonderful idea of more and more people having bikes in New York will turn sour as people become alienated because so much of it is out of control. That will be a pity.”

At a recent meeting of his local community association, Allen described the proposed bike lane as "unacceptable," adding: "None of the streets can accommodate a bike lane in a graceful way. Every street has a good argument why it shouldn't have a lane."

Cycling has been on the rise in New York in recent years. Neverthless, 75 per cent of residents say they never ride a bike.