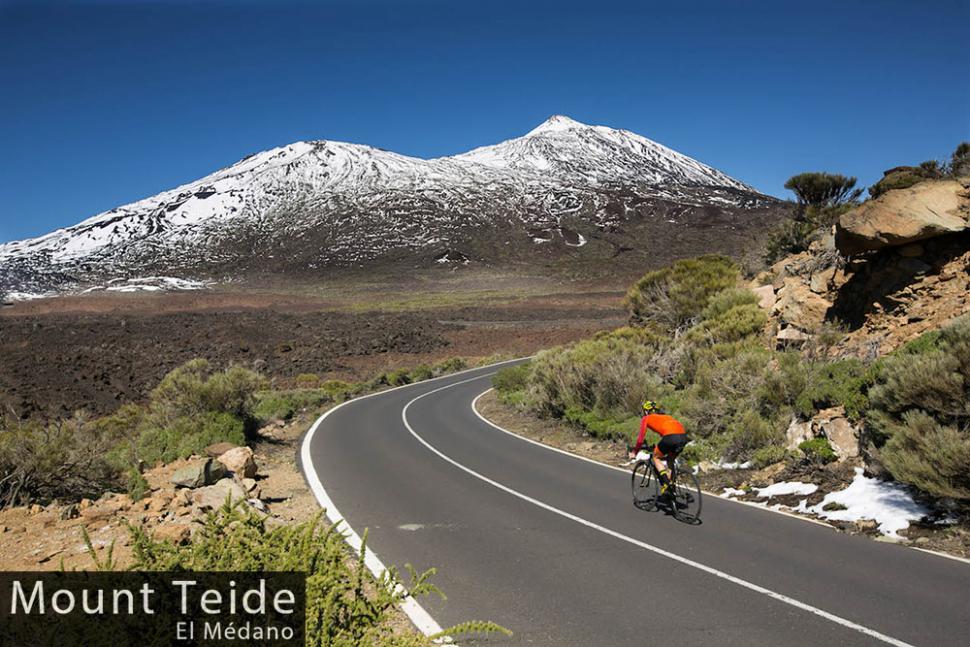 Tenerife’s Mount Teide has become the go-to destination for Tour de France contenders to undertake altitude training in the winter and spring – the reason Geraint Thomas missed Paris-Roubaix earlier this month was that he, Chris Froome and other members of Team Sky were on Tenerife for a training block there.

Whilst the island lies 300km off the northwest African coast and is around 1,000km distant from the Iberian peninsula, it forms part of the Canary Islands which are a province of Spain – and at 3,718 metres, the volcanic Mount Teide isn’t just the highest point on Tenerife, but in the country as a whole.

Mike Cotty was there in February for the latest Col Collective film, and underneath the video he shares his thoughts on the climb, also used for training by Tinkoff with Alberto Contador and Vincenzo Nibali’s Astama team, among others.

Just off the north-west coast of Africa, Tenerife is the largest and most popular of the seven Canary Islands, a magnet for tourists in search of winter sun and sangria. Of course, if lying by the pool isn’t your thing then you may wish to turn your attention towards the mighty Mount Teide, its snowy volcanic peak rising up to 3,718 metres above sea level making it the highest point in Spain.

Cycling from El Médano you actually face one of the shorter of the six main routes, just 51km(!) up to the Teide plateau. Most comparable in terms of average gradient and length to the magnificent Col de L’Iseran from Bourg Saint Maurice in the French Alps, Teide is the only place in Europe where you can climb continuously from sea level to 2,100 metres in one go. It’s not the gradient, it’s the length that really takes its toll on this one. More than a climb, it feels like a full on bike ride as you trace your way out of town and towards Las Cañadas, a collapsed crater measuring 48km in circumference that El Teide sits within.

As the glistening Atlantic coastline and old fishing hamlet of El Médano fade away, the aroma of eucalyptus fills the air as the road gently twists and turns ahead. From Granadilla the gradient continues to hold its form around 4-6% allowing you to really enjoy your surrounds.

Take some time to recover and refuel at the halfway point in Vilaflor, things are about to be turned up a notch as the gradient hits 11% before you rise above the clouds and enter the Teide National Park, a UNESCO world heritage site no less. There’s little wonder why over three million tourists are drawn towards Teide’s mystique. The sheer scale and beauty is hard to comprehend (especially after over 50km on the bike!)

Although the road continues up to the foot of the volcano at 2,325 metres elevation (where you can then take a cable car to the top) it’s the Parador de las Cañadas hotel (famously used by Bradley Wiggins and Team Sky in his build up to the Tour de France) at 2,152 metres where the pros choose to recover and soak up the view. What a climb. What a ride!