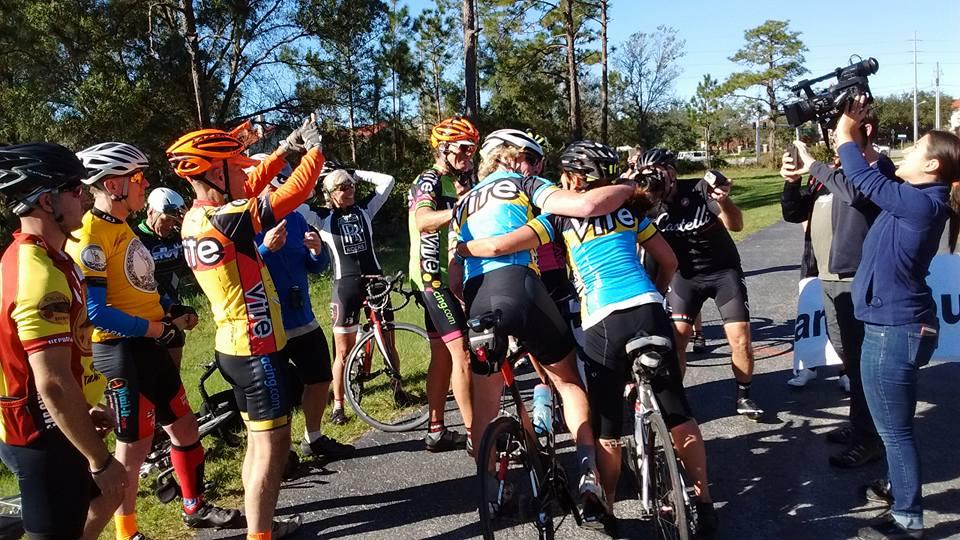 On Saturday, Kurt Searvogel finished what he set out to do exactly 12 months earlier, setting a new Year record which now stands at 76, 076 miles – bettering the record set by Great Britain’s Tommy Godwin in 1939 by 1,011 miles.

The American ultracyclist, aged 53, went beyond the 75,065 miles ridden by Godwin last Monday, celebrating with a few beers, but has been back on the bike in the days since to push the benchmark further.

Talking to Boston radio station WBUR after surpassing Godwin’s distance last week, he said: “A lot of my fans are like, ‘Ride, ride, ride! Make it really hard, make it impossible to break.

“It’s like, ‘OK, whatever. When the weather’s nice, I’ll ride. When not, I’ll do something else. Like a sane person'.”

Searvogel set off on his ride on 10 January last year, a week after British rider Steve Abraham launched his own attempt on the record on New Year’s Day.

In March, however, Abraham was knocked from his bike by a moped rider and broke his ankle.

Although, after just 10 days’ recuperation, he tried to revive his record attempt initially by riding laps of the Milton Keynes Bowl riding a recumbent using only his uninjured leg, he fell more and more off the pace.

Once he regained full fitness in August, however, he started his assault on the record afresh, and at the turn of the year was ahead of Searvogel’s pace.

Meanwhile, at the start of this month, London-based bike mechanic Bruce Berkeley began his own attempt on the Year record, starting in Australia although he plans to head back to the UK later this year to carry on with it.

The new record holder isn’t stressed by the prospect of either of them beating his distance, however.

Yesterday was the first day in a year that Searvogel – who took the briefest of breaks from riding to marry his one-woman crew, Alicia, in August – was able to wake up without having to worry about getting some serious miles in.

> Kurt Searvogel takes time out of Year attempt to get married

Looking ahead to that prospect, he told WBUR: “I don’t know that I’ll step away from the bike.

According to unofficial stats of his riding on the website of the Ultra Marathon Cycling Association (which shows a slightly higher total distance than the 76,076 he claims), Searvogel averaged 208.65 miles a day with an average speed of 8.69mph across the year and a moving annual speed of 18.2mph.

Some – mainly from the UK, it has to be said – have questioned whether Godwin and Searvogel’s records are truly comparable, pointing out differences in the bikes they used, the terrain, the weather, that Godwin was a vegeterian, and claiming that Searvogel sought whenever possible to ride with a tailwind.

Records set decades apart will always attract debate – is Sir Bradley Wiggins’ UCI Hour Record at sea level in London last year on a state-of-the-art time trial bike more or less valid than the one Eddy Merckx set at altitude in Mexico in 1972? – but it’s easy to overlook that Searvogel is twice the age Godwin was in 1939.

Dave Barter, author of the recently published book The Year Record, pointed out to WBUR that whichever way you look at it, riding that distance in a year – which no-one bar Searvogel has done since World War II – is a phenomenal achievement.

While researching his book, he even undertook a couple of 200-mile rides himself to get a feel for what it entailed.

“Well, I’ve done it a couple of times, and it has destroyed me both times,” he said.

“It’s a very long day. You’re looking at 12 to 14 hours in the saddle continuously turning the pedals out there in the elements.”

It wasn’t something he wished to do again, let alone every day for a year.