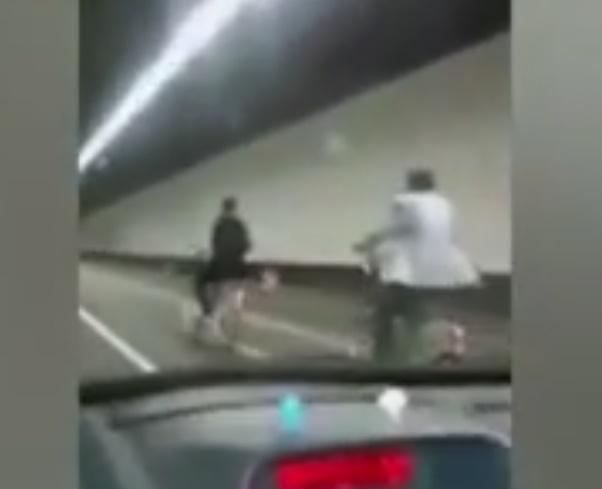 A video of ‘drunk’ young men riding CityBikes in the Queensway tunnel has spurred a Merseytravel committee member to call for a review of cycling rules reports the Liverpool Echo. The video shows one of the cyclists veering into the opposite lane while riding home on one of the city’s hire bikes during the early hours of Sunday December 27.

“Merseytravel needs to look into the rules around cycling in the tunnel and promote them more, as there are so many people using CityBikes now.

“You can cycle at certain times, but people are probably going to think automatically they can cycle through at any time on the bikes. We need to review the rules, and maybe make them more explicit.”

The four cyclists reportedly took the decision to cycle home to Wallasey after a Boxing Day night out because they were unable to get a cab.

One of the cyclists, Jonny Ward, explained:

“We were out for my brother’s leaving party before he went to Australia. We couldn’t get a taxi so thought we should the get the bikes. We had to take them back the next day. It was a bit stupid and dangerous, and we’d had a few drinks – it wouldn’t have happened if we were sober – but it is legal to cycle at that time.”

The video was shot from a car by James Taylor. His brother Andy, who was also in the car, said: “I thought it was hilarious they were on rental bikes in the tunnel. It’s living on the edge, but it was all safe. There was not much traffic, and any cars would have seen them clearly.”

CityBike is the UK’s largest public bike hire scheme outside London with over 130 rental locations. Record numbers used the bikes in October this year, with 10,851 rentals over the course of the month. More than 9,000 bikes have been used each month since April.