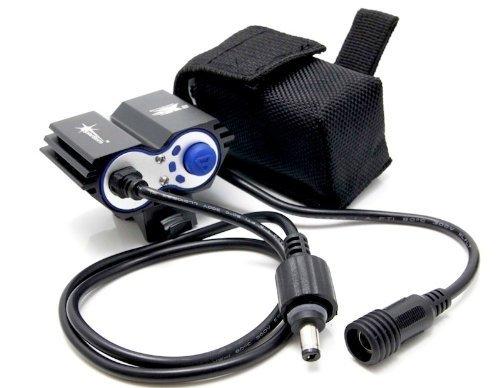 The cheap bike lights, made in China, caught fire while charging, destroying half of the cyclist's home...
by Laura Laker

A cheap bike light has nearly burned down a cyclist’s home.

The 5,000 lumen SolarStorm bike light, which had only been used a couple of times, was left charging in Adam Creager’s home in Florida, earlier this year. He returned hours later to an exploding battery and flames that eventually destroyed everything in his master bedroom and required the entire house to be redecorated.

Singletrack Magazine had earlier warned of corrosion in the batteries of the Chinese-made SolarStorm and discontinued a product test as a result.

Creager told Singletrack magazine he returned home to the sound of the alarm going off and a smell of burning.

After an initial panic he ran downstairs for a bowl of water and threw it on the fire, but this was, perhaps unsurprisingly, unsuccessful.

He said: “I thought I honestly could put the fire out, I really did. I ran downstairs and—can’t really remember how many times I ran up and down, I know it was at least twice. But the last time, I remember I threw the water and I was just like, ‘I have to start getting stuff out. I’m never going to put out this fire.’”

He said the battery pack was “really, really, really big” and wrapped in plastic, “like a stick of dynamite”. He said the whole thing was bouncing around and exploding with a bright light.

Thick black smoke soon formed and he and the neighbours evacuated until the fire services arrived.

He said: “The fire had burned one room—but the heat and the smoke was so bad that it basically destroyed everything that we had on the second floor. We had stuff that was just covered in black soot.”

The entire house will be redecorated, and everything in the master bedroom is destroyed, according to Creager. Images of the destruction are on the Singletrack site.

He urged readers to research carefully any electrical products they buy and not simply opt for the cheapest one. A similar-looking light - the Cree LED XML-T6 cycle lights – has also been reported to catch fire.