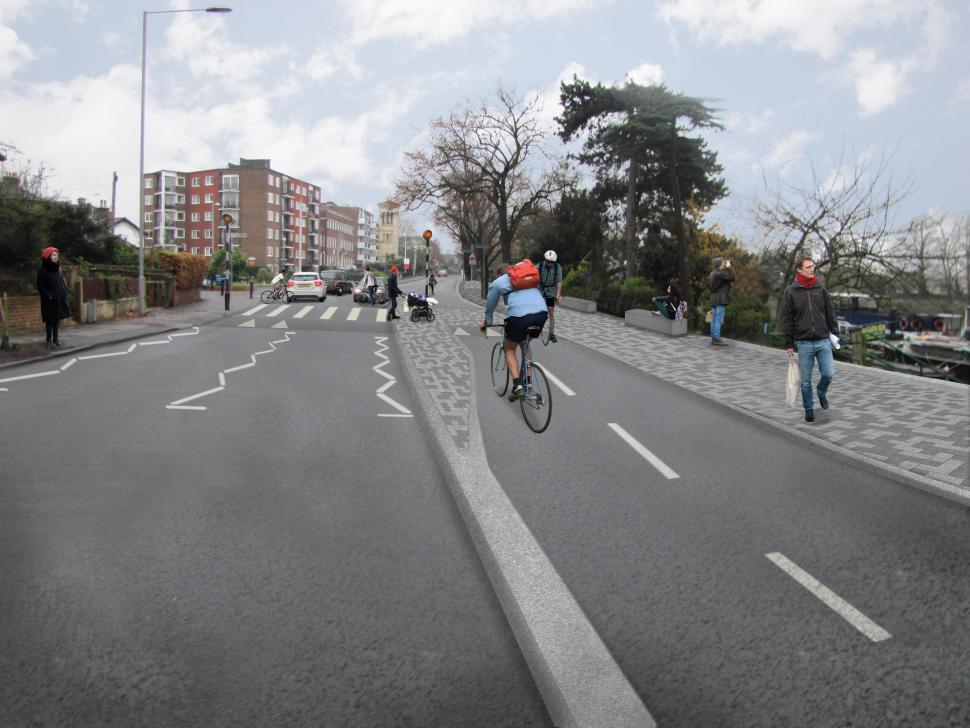 The latest objection to Kingston’s £33m Mini Holland scheme is that it could prove a target for terrorists. The claim comes in a report penned by retired medical professor David Allison, a member of an environmental group comprising residents of New Malden and Raynes Park who object to the project.

“Open public access to this area must increase the risk of damage to these pipes from a terrorist attack by disaffected groups or individuals. Even more ominously, the pipes would be more vulnerable to criminal interference with a view to chemical or biological pollution.”

He also argues that with the area having been a major target during the Second World War, it is “probable” that unexploded bombs lie underground. More prosaic concerns revolve around the destruction of habitats for rabbits, bats, grass snakes, hedgehogs and badgers.

Allison defended his report, saying: “It is ridiculous to call part of the report absurd in the world we are living in. We are now more than 1,000 people who have raised concerns about the track and the effect it will have on the environment. We live here and I suspect that many of the cycling campaign do not.”

Wimbledon Conservative MP Stephen Hammond met the group to hear their concerns last month and said: “I am not picking up on the terrorism point, but it would be perfectly possible to dictate where the pipe runs if the track was opened up. At the moment resident concerns have not been addressed.”

Kingston and Surbiton Conservative MP James Berry said: “I would have thought the risk of terrorism in Kingston is highly unlikely, particularly on a cycle path.”

A spokeswoman for Thames Water said: “The vast majority of water pipes run under public spaces and footpaths so the one under the proposed cycle track is no different. Security is high at the sites where we treat the water and pump it into the wider pipe network but it would be impossible for supply pipes to not be under land accessed by the public."

Earlier this month, opponents of Waltham Forest’s Mini Holland initiative had their attempt to block the initiative thrown out of court. The group E17 Streets for All, which had claimed that the borough had not followed the consultation process correctly, was also ordered to pay the council costs of £12,000.