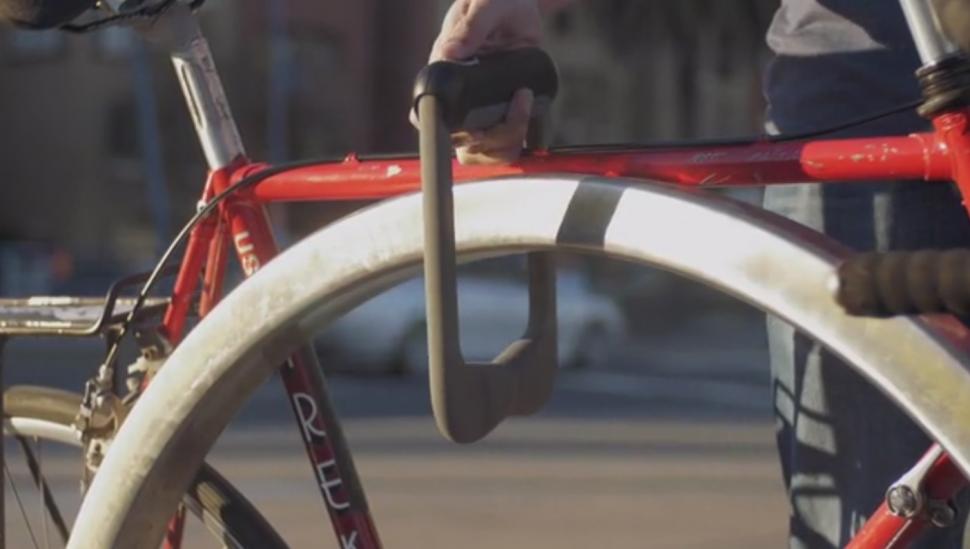 The designers of a biometric bike lock which can only be unlocked with the user’s thumbprint are looking for funding via Kickstarter. The Grasp Lock has so far attracted over $22,000 of a $75,000 goal with 21 days to go.

The main selling point of the lock appears to be that it is ridiculously quick to use – as you can see in the video on the Kickstarter page. The Canadian team who have come up with it appear to have been inspired by ‘the pain’ of locking and unlocking their bikes. “Why does security need to be so unpleasant?” they ask.

Writing on their Kickstarter page, they say:

“The gear and tech we use while riding is meant to improve our experience, but for as long as they’ve existed our bike locks have done the opposite. They’re clumsy, awkward to use and take forever to simply lock up your bike. The Grasp Lock changes all of that. Designed to be faster, easier and smarter, it is the first bike lock that actually improves your cycling experience.”

They claim the lock makes use of the world's smallest optical fingerprint sensor, allowing it to read your fingerprint and unlock in less than a second.

You can also add additional users via the obligatory mobile app. The first time you open it, it will link your phone to your lock using a special code and you can then add up to 20 additional fingerprints.

The Grasp Lock uses three AAA batteries and the designers say they will last over a year. The battery compartment is isolated from the rest of the lock inside a protective steel chamber.

But how secure is it? Obviously the main benefit is that the lock cannot be picked, but this isn’t generally how thieves steal bikes. It’s far more common for them to simply break the lock or cut through it.

The designers say that the Grasp Lock is made using ‘the same hardened steel alloys as some of the strongest locks on the market’, while the lock hinges are protected by a reinforced steel shell.

They say that the square shackle means the force of bolt cutters is more evenly distributed across a surface, instead of at a single point, reducing the stress experienced and allowing it to withstand higher forces. The greater cross-sectional area also means there is more metal to cut through, while the hardened steel locking bolt is also engineered to withstand leverage attacks.

The Grasp Lock will be priced at $159, but there is an option to purchase one by contributing $99 to the Kickstarter campaign.