Storck has revealed a new Durnario endurance bike that's designed for both comfort and perfomance, with complete bikes starting at £2,549. The first thing that comes to mind when you think about endurance bikes is an upright riding position, right? Designers usually lop a bit off the top tube, add a bit on to the head tube, and you get a more head-up geometry. Markus Storck, the main man at Storck Bicycles, hasn’t done that. 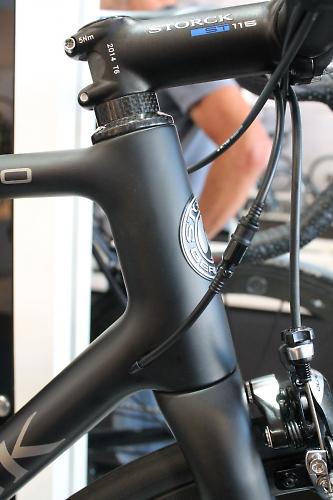 The Durnario’s frame dimensions have been adjusted very slightly from those of a standard road bike, but the main ways in which Storck has sought to add comfort are through the use of wider tyres - up to 32mm - and what it calls ’Directional Depending Stiffness’. 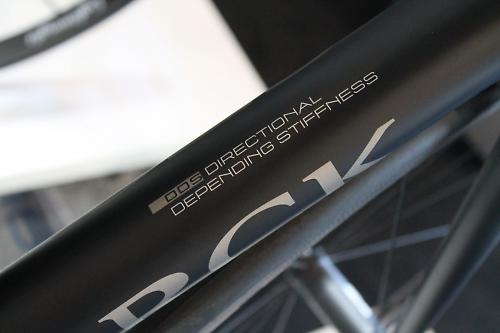 Directional Depending Stiffness is a concept that Storck has used on other bikes in the past, but if you’re not up to speed with it, here’s an explanation.

“Directional depending stiffness is the ability of a frame or component to optimally respond with high stiffness to the forces acting in the load direction while ensuring high comfort,” says Storck.

Do you want a second to mull that over?

“In other words, it is the synergy between intended stiffness and desired comfort. In the case of frames, this is achieved by designing transverse-oval tube shapes, the targeted selection of materials (eg carbon fibres) and their application (eg special layups for carbon fibre reinforced plastics).”

Okay. Basically, the idea is that Storck does smart stuff in the design to allow various sections of the bike to give a little while maintaining lateral stiffness in the down tube.

The cynical among you might think that sounds suspiciously like our old friend ‘vertically compliant, laterally stiff’, the favourite phrase of bike designers down through the ages. That's largely right, although Markus says that he has used sound engineering principles to add Directional Depending Stiffness to the Durnario’s stays, seatpost, handlebar and fork. 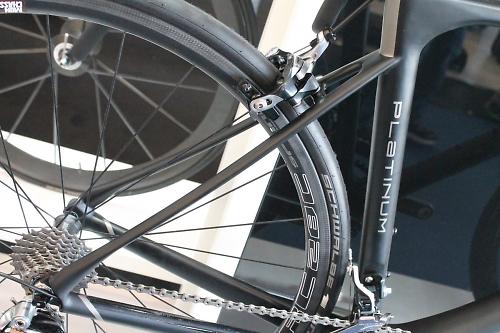 Out back, for example, the Durnario has what are called ‘Infinity Loop Seatstays’ that are flattened and slightly curved to encourage up/down movement. Other brands do something similar but Markus says there’s another secret feature that’s key the success of his design, although he’s keeping shtum on exactly what that is for fear of it being copied. 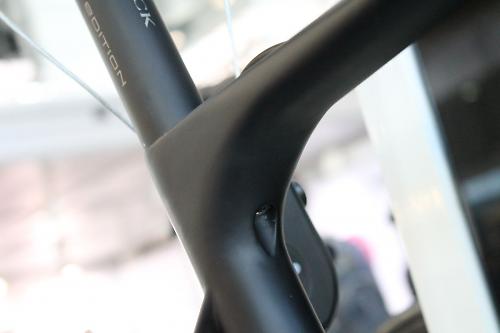 The top tube slopes downwards and the seatpost clamp is integrated into the seat tube, the bolt positioned on the underside of the top tube junction. This allows a higher extension of the seatpost from the clamp for more comfort. 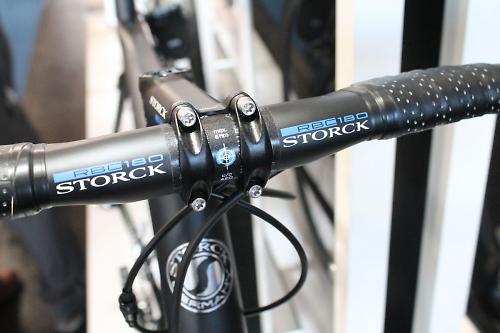 The fork and handlebar are each designed specifically to damp vibration from rough roads.

As mentioned earlier, the Durnario can take tyres up to 32mm, the idea being, of course, that you can get more comfort by fitting wider rubber. 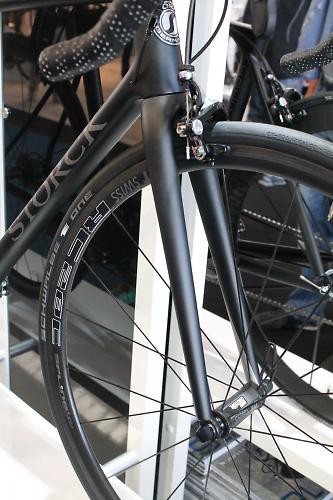 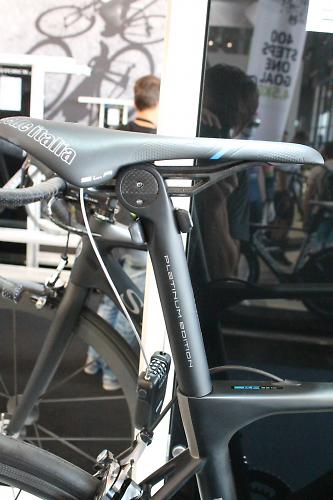 What’s that three tier system all about, then? Well, each Durnario comes out of the same mould but Storck varies the grade of carbon and the layup used.

They all come with tapered head tubes (1 1/8in to 1 1/4in), internal cable routing, and Press Fit bottom brackets.

The six different frame sizes feature proportional tubing, meaning that rather than just extending the tube length to make a bigger frame, Storck alters the wall thicknesses and carbon lay-up to keep the performance characteristics consistent. 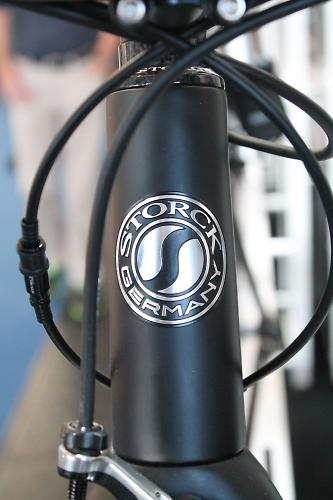 Storck’s bike builder program allows you to alter the groupset and have the price adjusted accordingly.

Storck is simplifying its range for 2016 so it's much easier to navigate, and is extending the Platinum, Pro, Comp structure (above) out to the rest of the road bike, time trial bike, and cyclocross range. So, for example, you can now buy a Storck Aernario Comp or an Aerfast Comp in a Shimano 105 build for £2,549, the same price as the corresponding Durnario model. 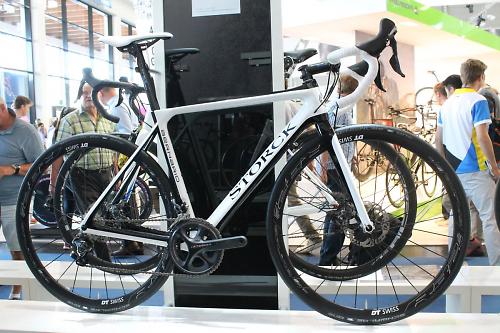 Oh, one other thing from Storck while we’re here. This is the Aernario Disc G1 and slotted into the front wheel axle you’ll find a Torx wrench that fits important bolts on the bike. Two rubber rings hold it in place and prevent rattling. Cool idea, huh? 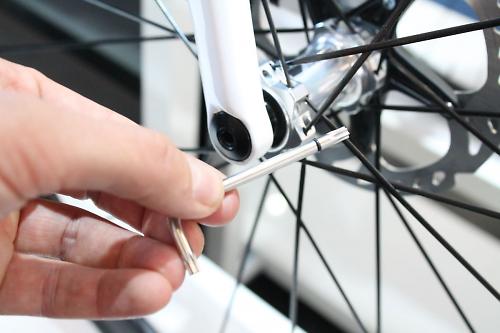