Initial designs include a performance steel frame with convertible routing for disc brakes and Di2, and clearance for mudguards and 28mm tyres
by Mat Brett

Here are the sneakiest of sneaky snaps of the first frames from Mason Cycles, the brand that’s just been set up by Dom Mason, formerly of Kinesis UK.

Dom is playing his cards close to his chest ahead of a full launch planned for February 2015 – hence the lack of pictures of the entire frames – but he has been willing to share a couple of pics and a few details with road.cc. Here’s what we know.

Mason Cycles – or Mason Progressive Cycles, if you want to be formal – are launching two metal frames: one alloy, called the Definition, and one steel, called the Resolution.

Both bikes have been designed by Dom for disc brakes, they come with internal cable routing, and they are made in Italy.

“If I was just making alloy frames in Taiwan, I’d be up and running by now, but I needed a change and wanted to be in touch with the makers and get my fingernails dirty,” says Dom.

“I wanted to make something really different and I wanted to do it within Europe, and I’ve always really admired Italian frames. It has been a hard process and like starting from scratch again in many ways, but it has been really interesting and the bikes look great.”

“They have just arrived today and I’m really pleased. Usually I focus on the things that aren’t quite as I intended, but I am very happy this time.” 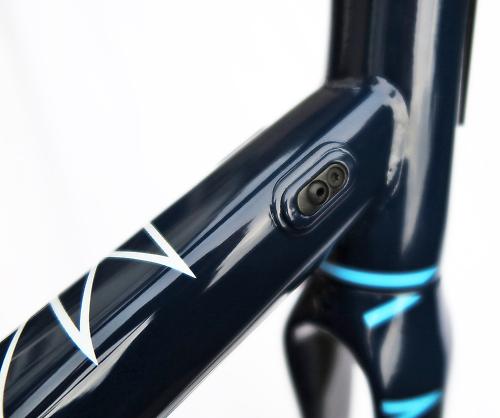 This detail here is unique, as far as we know. It’s a convertible hose routing port that Dom developed with the frame makers for the steel Resolution frame.

“It uses existing parts for a carbon frame but we’ve developed this little oval stainless steel part in conjunction with the makers, that brazes to the frame. This allows us to bring proper adaptable cable routing to steel frames of this type. Also the way it adapts and blanks-off is very neat and a bit different. I call it MultiPort.”

An alloy part is bonded into that, and there’s a flip/flop alloy insert that can be changed to work with all gear/brake options. So, you can run a wire through there for a Di2 electronic gear change system, run a split outer mech cable, a full outer cable/hose, or blank ports off when running electronic shifting. 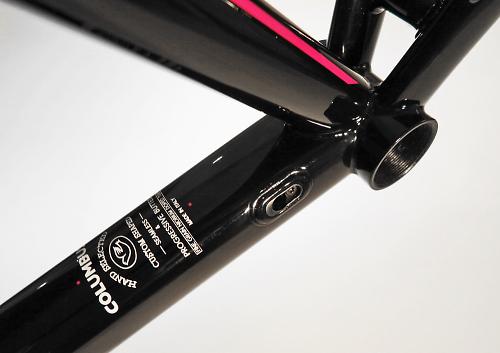 Both the Resolution and Definition frames have clearance for 28mm tyres and full mudguards, and they also have rack mounts. All the eyelets are discrete.

“A performance steel frame with disc brakes, convertible routing, Di2, mudguards, and clearance for 28s is unique,” says Dom. “I’ve spent a lot of time on the cable runs to ensure the best shifting quality and also the avoidance of any ‘sumps’ where moisture collects. Options for full outer and hydro brakes make a lot of sense on this type of bike.”

The Definition frame is made from Dedacciai triple butted alloy, with custom stays and a post mount made especially for Mason. It also uses the MultiPort system. The bottom bracket shell is also custom made and unique, allowing a threaded bottom bracket to be used with clearance for internal routing. 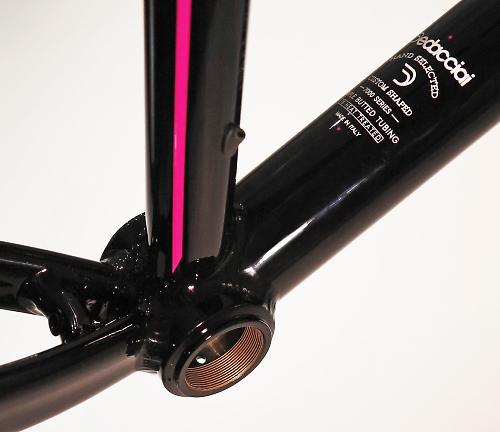 The 365g ‘Aperture’ carbon fork – Dom is using a photography/camera-themed naming convention that he intends to continue as the brand develops – with a tapered steerer, post disc-mount attachment, internal routing, discrete eyelets and proper clearance for a mudguard has been made especially for these frames. Dom has invested in his own tooling here so no other brand has this fork.

“We’ve been through three versions of the steel frame and two-and-a-half versions of the alloy one,” says Dom. “These are final production versions with all the tubing, the features and the paint correct. We’ve done a great deal of test riding with many riders and have refined the geometry, which I’m now very happy with.

“We are also collaborating with a new company to make wheels especially for these bikes, because I didn't feel there was anything available that was suitable performance-wise.” 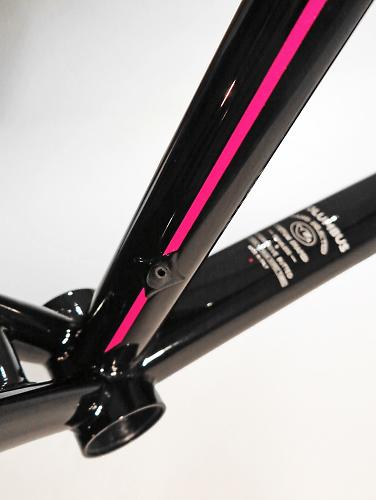 The bikes will be available in six standard sizes: 50cm, 52cm, 54cm, 56cm, 58cm and 60cm. And eventually, as the brand gets established, there will also be two special order sizes available at either end of the scale: 48cm and 62cm.

Both the Resolution and the Definition will be available as frame and forks as well as in five complete builds. The most affordable option will be the Definition (the alloy frame) in a Shimano 105 build with TRP Spyre cable-operated disc brakes.

The top model in the range will be Resolution in a Shimano Dura-Ace Di2 build with hydraulic disc brakes. Prices have yet to be finalised. Each bike will be built up to order.

“I’m pushing the button on production this week and the plan is to have everything up and running by February, which is ambitious because I’m doing this thing on my own, but that’s the goal!”

The Mason Cycles website has just been updated and we’ll have more details, including a first look at the completed frame and full bike build, on road.cc after Christmas.