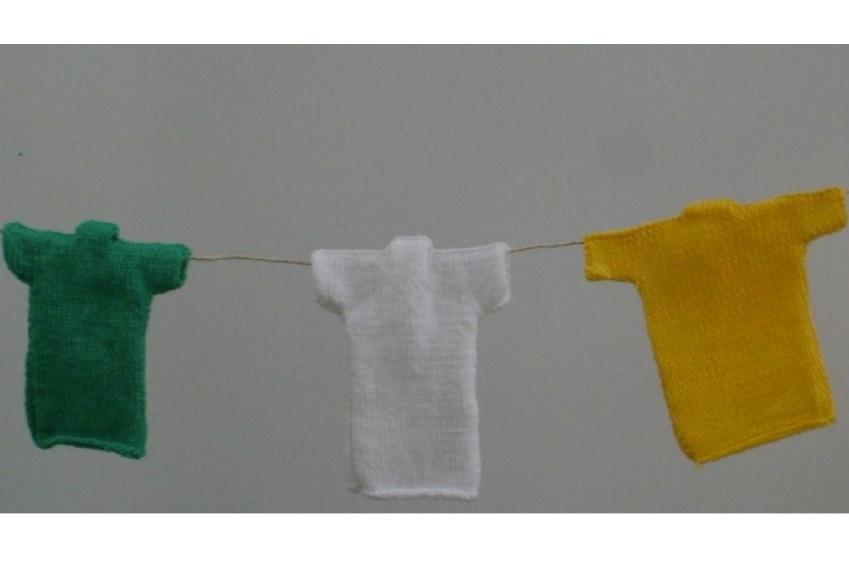 Residents of a small market town in North Yorkshire have been ordered to take down Tour de France bunting – because council officials think it poses a health and safety risk.

Like people in many other towns and villages along the route of this year’s Grand Départ, residents of Masham have decked their town out to welcome the world’s biggest annual sporting event.

They put up 20,000 knitted miniature yellow, green, white and polka-dot jerseys, with the bunting stretching for hundreds of yards, reports the Harrogate Advertiser.

But yesterday it was taken down on the orders of North Yorkshire County Council, who were worried about what might happen if it rained and the bunting became heavy, putting too much weight on the posts supporting it.

A council spokesperson said: “We noticed that the lighting columns were leaning and in the interest of safety we asked for it to be taken down and not to be hung from lighting columns. We are happy for bunting to be put up elsewhere in the town.”

Locals have now rehung the bunting in places where it is deemed safer, the newspaper adds.

Tessa Klemz, who is manager of Masham community office, commented: “We are all trying to make it a great event.

“There were 20,000 of these jumpers around the district and it seemed such a shame to see them taken down and forgotten about so we thought we ought to get them back up again quick.”

Twitter user Viv Taylor posted a picture with the hashtag #healthandsafetygonemad which presumably sounded a very loud klaxon at the offices of the Daily Mail, who were quickly on the case and used the story to highlight previous examples of 'jobsworthness.'

Here’s a picture of the bunting back in place.