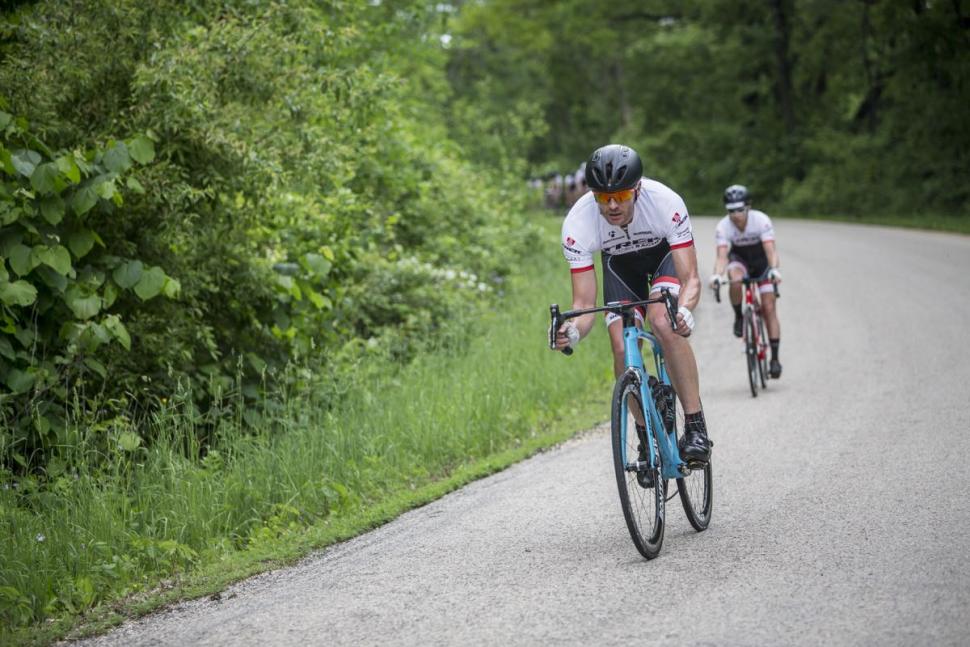 Should you buy an aero road helmet? How much faster could you be?

Will swapping your lid make you faster?
by Mat Brett

Is it worth spending your hard-earned cash on an aero road helmet? We're going to check out everything that might influence your decision.

It’s all about the aggregation of marginal gains in cycling these days. You know the theory: make a small gain in everything you do and all those small gains could add up to become a winning margin. 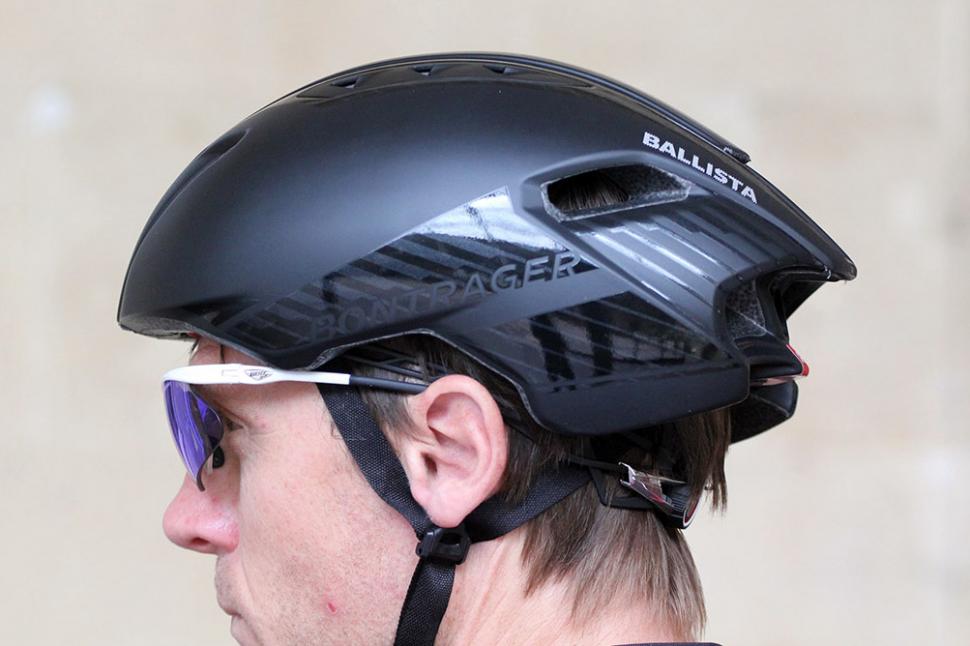 But just how marginal is the gain you can get by swapping from a standard bike helmet to an aero road helmet?

Brands often make claims about the amount of time you’ll save by switching to their aero helmet.

Smith, for example, says that its Overtake helmet will save you about 25 seconds compared to a non-aero Giro Aeon over 40km (25 miles) at 40km/h (25mph) (Smith presumably means that a rider wearing the Giro Aeon would be going slightly slower than 40km/h at the same power output as an identical rider in an Overtake doing 40km/h).

Louis Garneau, on the other hand, released a paper when it launched its Course helmet in which it said that if a 70kg rider on a 9.1kg bike covered 40km in 53:20mins wearing a regular road helmet (stick with us!), the same rider would cover the distance in 51:22mins in an (unnamed) aero road helmet (presumably at the same power output), and in 50:40mins in the Louis Garneau Course. 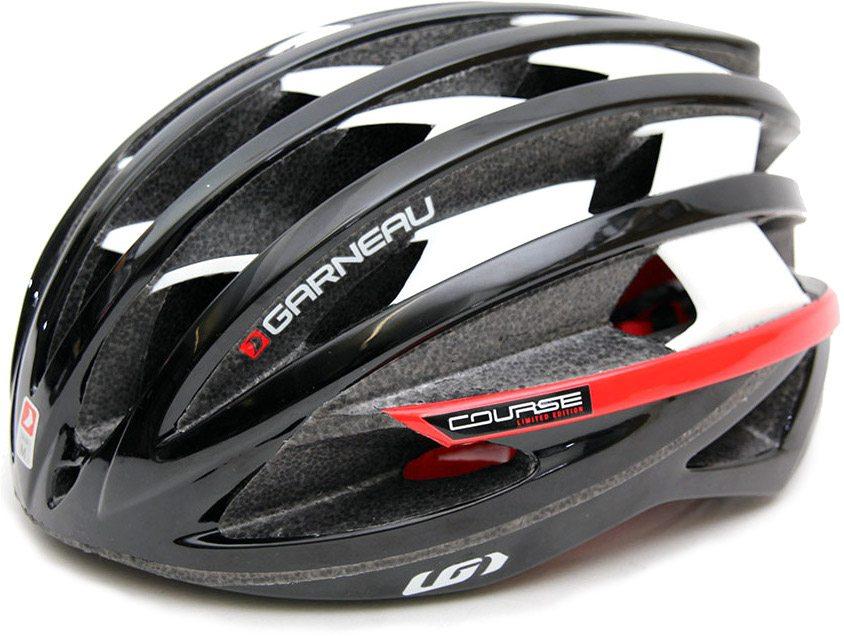 In other words, according to Louis Garneau, swapping from a regular road helmet to the Course would save that rider 2:40mins in that scenario. That’s a huge chunk of time!

Specialized has what it calls its Win Tunnel – the company’s own wind tunnel at its California HQ. You might have seen its short videos that cover things like whether having a beard or shaved arms has an aero effect.

Specialized compared the performance of its Prevail standard road helmet, Evade aero road helmet (below) and S-Works TT helmet in the Win Tunnel and concluded that switching from the Prevail to the Evade would save you 40 seconds over 40km (25 miles).

Switching from the Evade to the S-Works TT helmet would save you another 20secs, but you’re not going to be using one of those for standard road riding/racing. 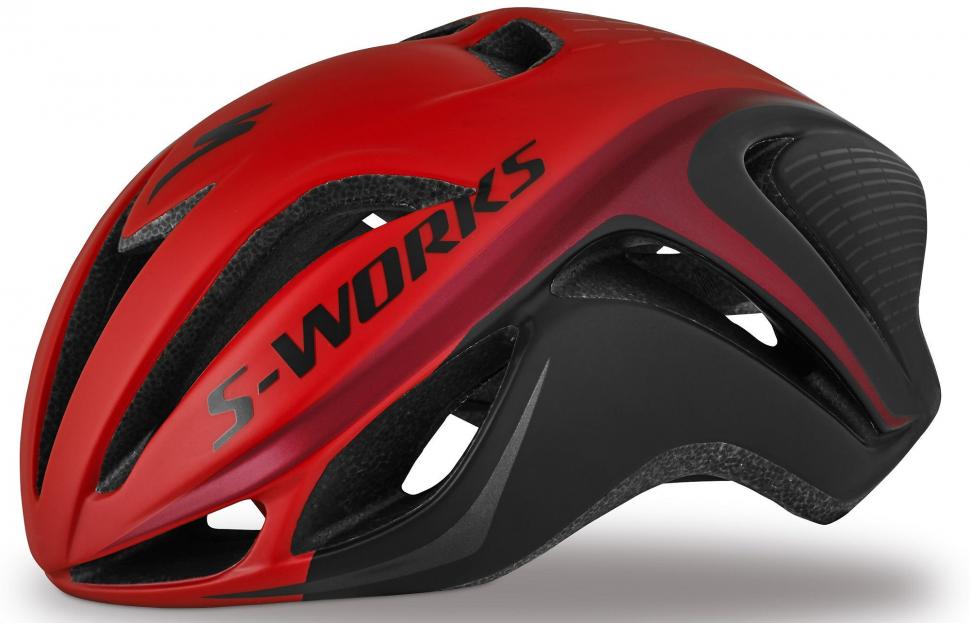 This testing was done on a time trial bike. The results would probably have been a little different on a road bike. In its sales literature, Specialized actually claims that the Evade would save you 46secs over 40km compared to a standard road helmet.

At what speed? Watch this video to find our why Specialized believes that the time will be more or less the same whatever the rider’s speed.

Specialized also says that a pro putting out 1,000 watts in a 200m sprint while wearing the Evade will finish 2.6m ahead of a rider in a Prevail putting out the same power.

The cynical among you might think that Specialized has an interest in exaggerating the aero performance of the Evade, but the S-Works Prevail and the S-Works Evade cost exactly the same – £159.99 – so there’s probably no benefit in the brand promoting one over the other.

And in the real world

Our man Dave Atkinson took the Giant Rivet aero helmet to road.cc’s local cycling circuit in order to find out whether wearing it would add speed compared to using a standard road helmet. 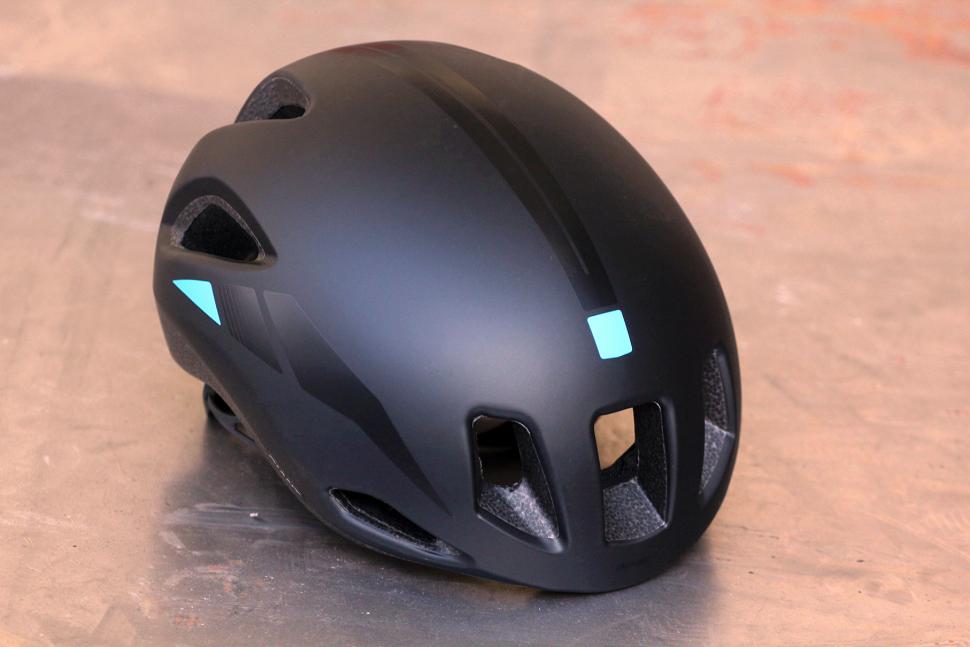 “This is a graph of my laps of Odd Down circuit wearing the Giant Rivet and a standard helmet for comparison, a Scott ARX Plus. I was using a set of Garmin Vector 2 pedals to measure my power, and the power spread is from an easy 150W average for the 1.5km lap up to about 270W average, which for me is going pretty hard. For reference, that's a fastest lap of 2:22, which is just under 4th cat race pace (2:18 on Saturday, when conditions were similar). The graph shows power (watts) on the X (horizontal) axis and km/h on the Y (vertical) axis.

“It's not a rigorously scientific test and there are always going to be other variables at play in an outdoor environment, but it does suggest there's a measurable difference in the real world. Every little helps, right?"

Many aero helmets in the past have lacked ventilation. Manufacturers have made the shell smooth in order to minimise drag, keeping air out in the process. The result is that you end up uncomfortable.

When Ash reviewed the BBB Tithon, for example, he said that the ventilation wasn't spectacular, and Dave said that Bolle's The One helmet was too hot when all the vents are covered (it's adjustable). 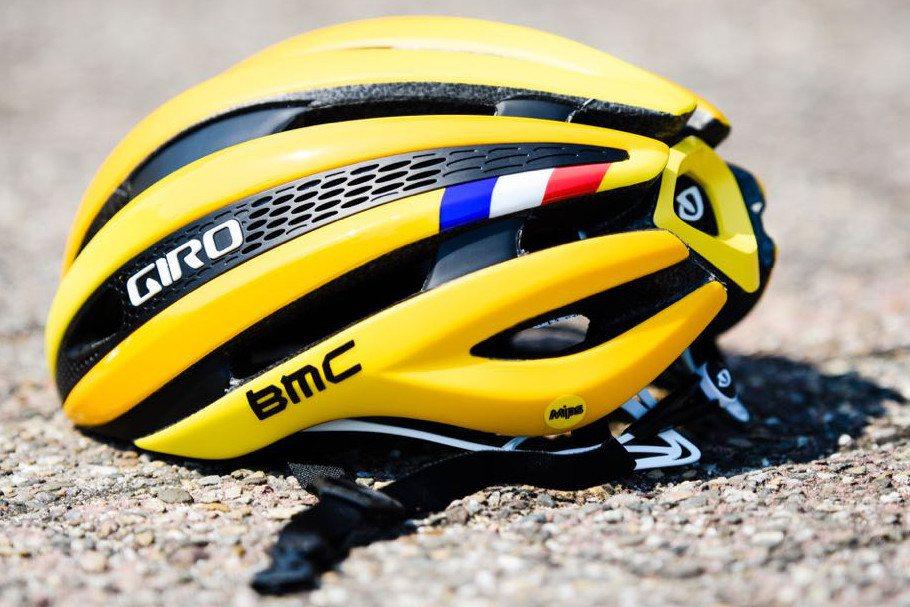 However, many of the latest generation aero road helmets come with good venting. The Giro Synthe (above), for example, the Kask Protone, and the Louis Garneau Course all feel very similar to standard road helmets in terms of the amount of air that gets to your head.

When designing its new Ballista aero road helmet, Bontrager says that it created a thermal head form to evaluate the thermal efficiency of different helmets. The head form was covered with 36 thermal couples to determine the cooling properties of various designs and allow Bontrager to shape and position the vents most effectively. 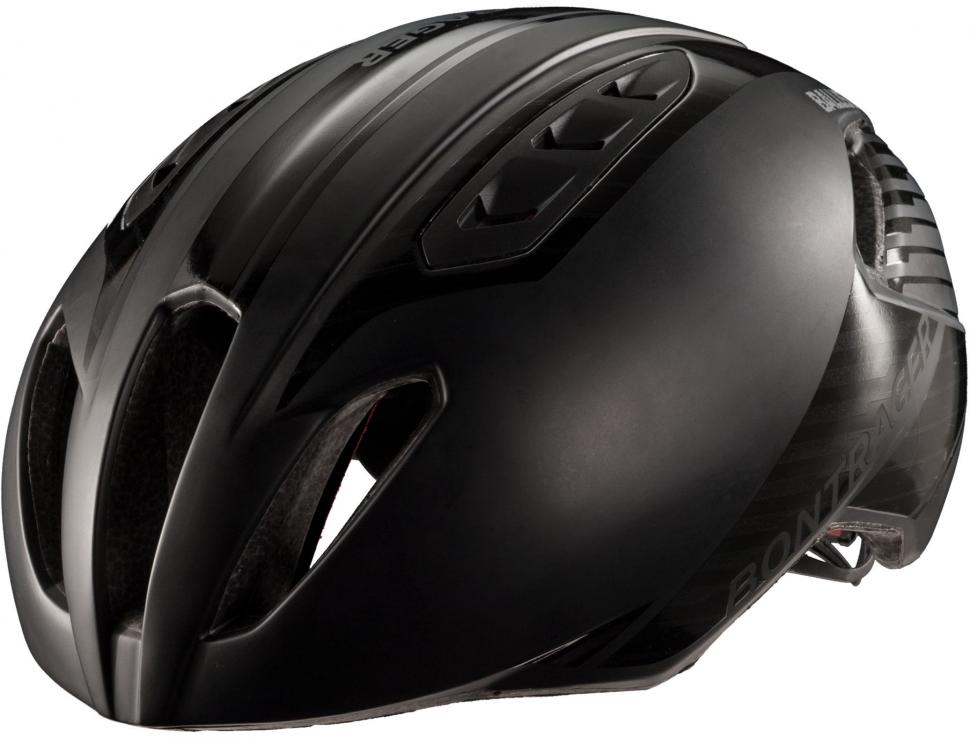 As a result, the Ballista ended up with three vents in the front-centre, shaped to draw in air. Internal recessed channels are intended to manage airflow through the helmet and over the head, and exit ports at the back are designed to allow the air to escape easily so as not to increase drag. 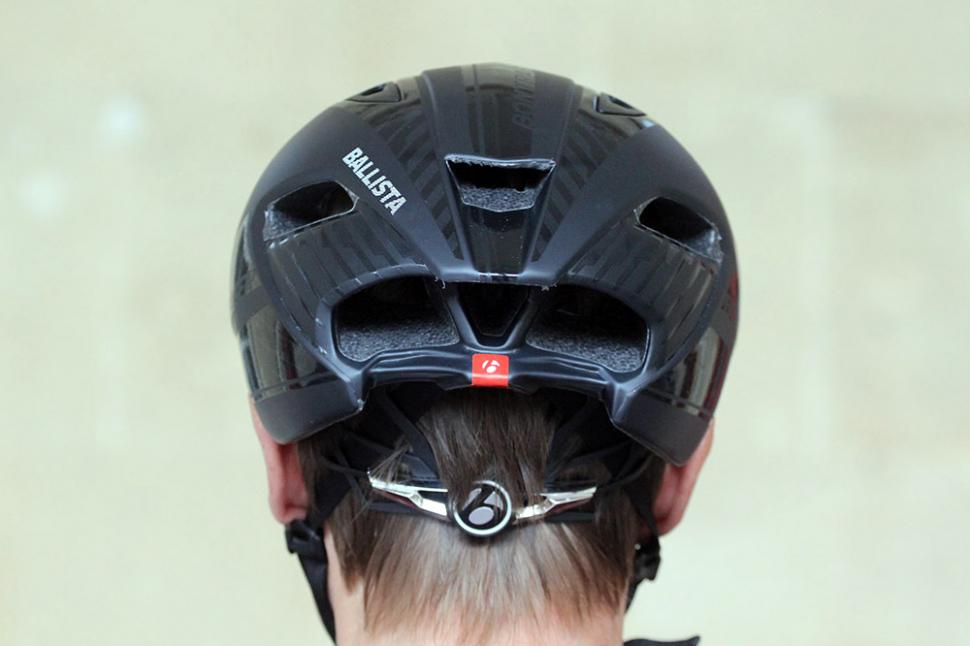 Despite looking like it lacks ventilation, the Ballista feels cool in use, not too dissimilar to a normal road helmet. 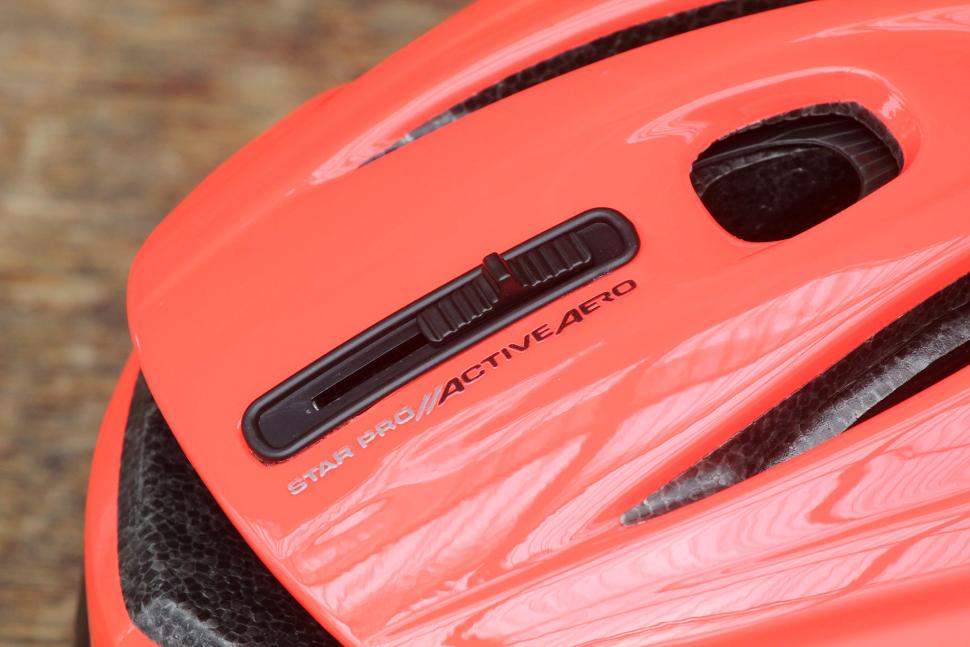 Another option is to go with the Bell Star Pro which has a slider (above) in the top that allows you to open the vents for more cooling, and close them for improved aerodynamics. 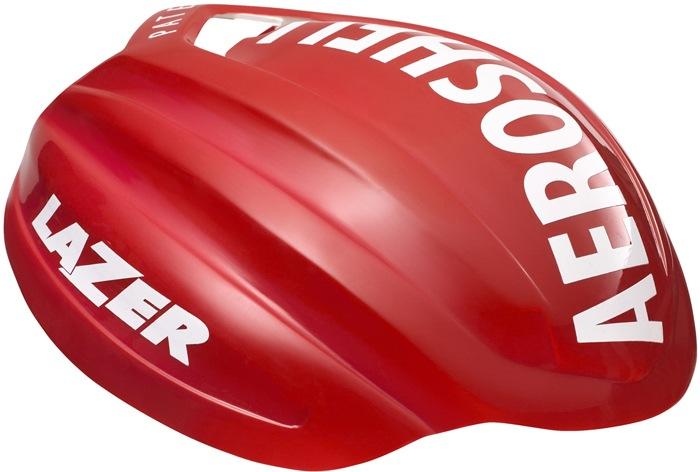 Lazer takes a different approach with the Z1 helmet that we've reviewed here on road.cc (and others in the range). The Belgian brand allows you to use an Aeroshell (above) that can be either left off or added depending on whether you're prioritising cooling or aerodynamics (or protection from the weather conditions) on any given ride. 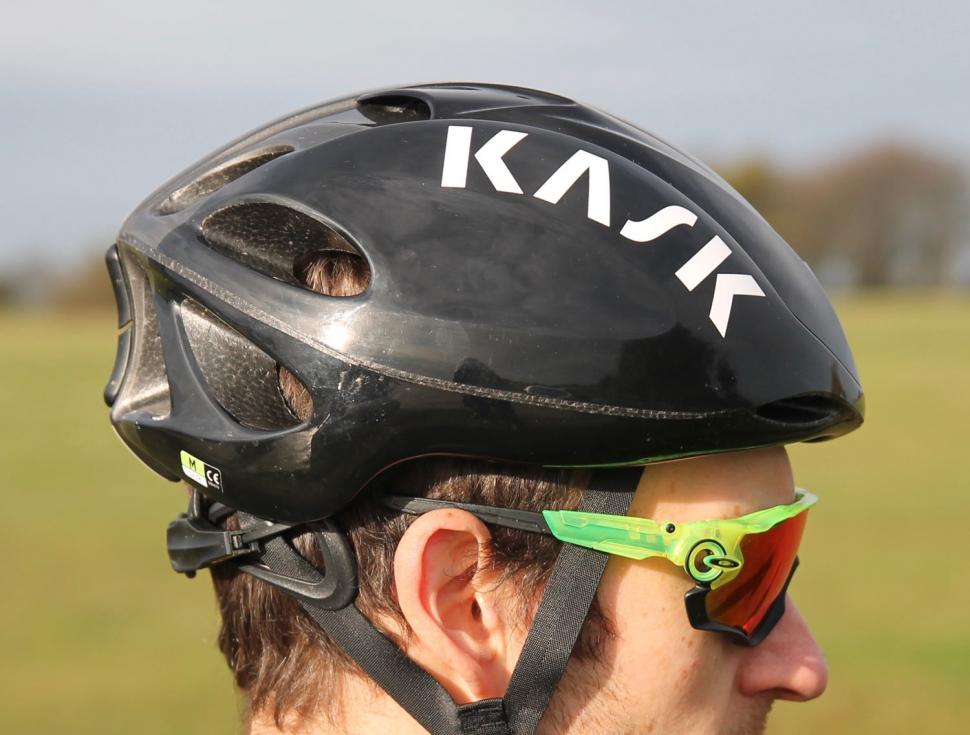 Kask's Infinity is similar in that you get easy ventilation adjustment via a central sliding panel. It's easy to slide the cover back and forth with one hand on the move, though there is no small lever as there is on the Bell helmet. 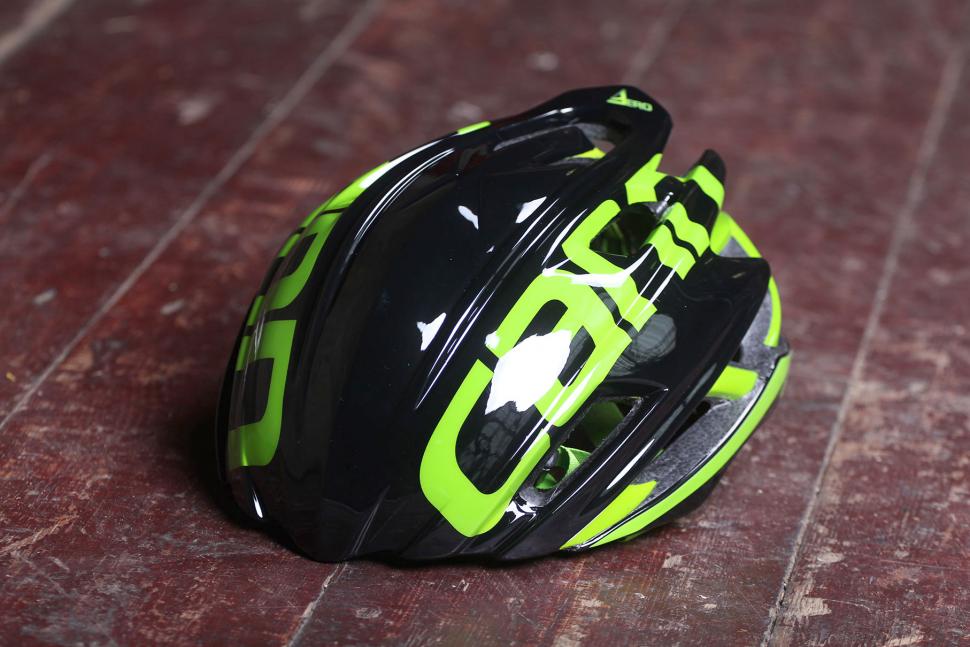 Cannondale does something similar with its Cypher Aero.

As a rule, aero road helmets are a little warmer than standard helmets. If you suffer with a hot head when riding or if it's a very hot day you might want to steer clear, but you’ll probably find a lot of the aero road helmets out there these days are comfortable in most conditions.

Here’s a quick roundup of the weights of the aero road helmets we’ve reviewed on road.cc (these are weights according to our scales rather than manufacturers' claimed weights).

Giant claims a weight of under 250g for the new Pursuit aero helmet that we first saw at the Tour de France. 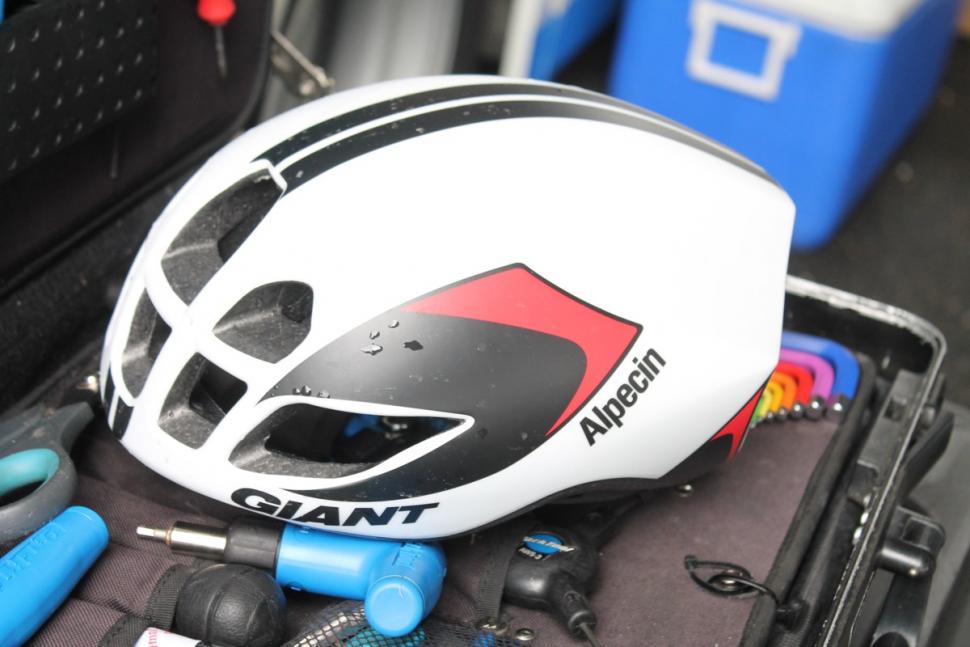 Aero road helmets do tend to be a little heavier than standard helmets of a similar price, but not by much and there are exceptions.

Aero road helmets haven’t tended to be cheap in the past. The Kask Infinity is £220, for example, the Giro Synthe is £199.99 and, as mentioned above, Specialized’s S-Works Evade II is £240.

Aero road helmets are made to meet the same safety standards as standard helmets .

So, should I buy an aero helmet?

Most aero road helmets are a little heavier and a little less vented than standard helmets, and they tend to be a little more expensive. 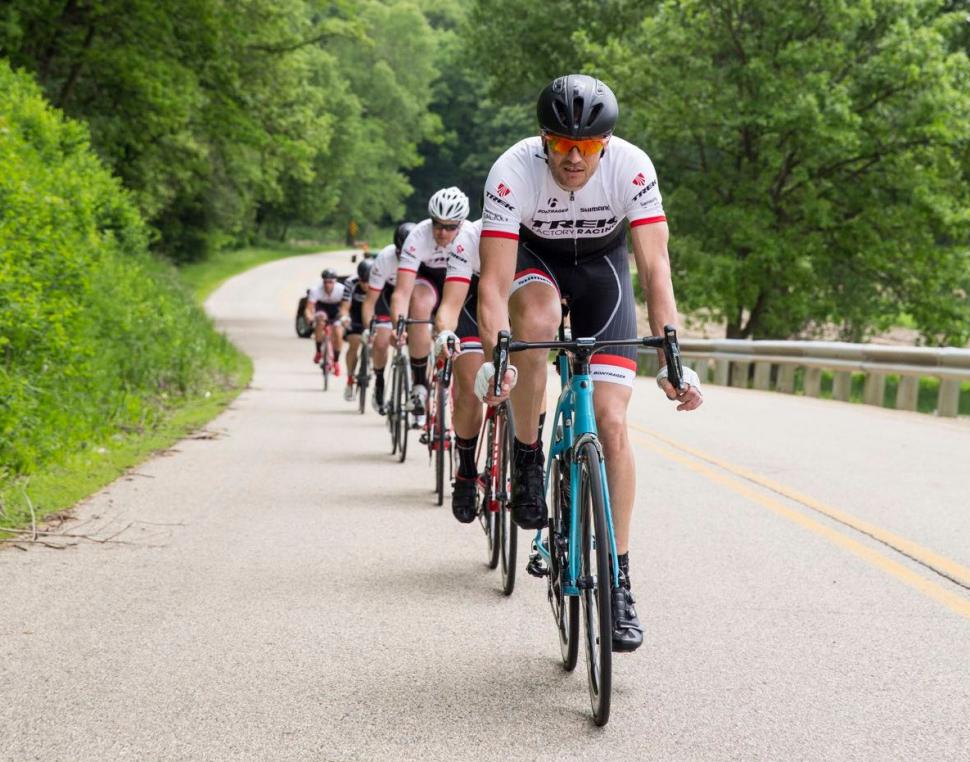 On the flipside, you’ll to get a small reduction in drag. It’s a marginal gain but it might just make an important difference if you intend to go off the front and try your luck in a race.

Check out all of our helmet reviews here. For reviews on individual aero helmets, scroll up to the Weight section above and click on each model name.