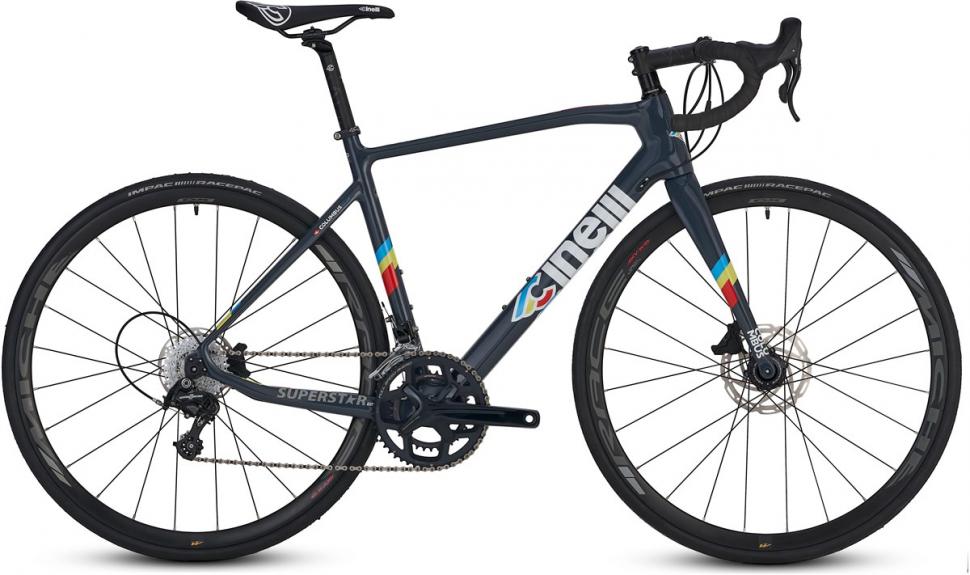 Bike at bedtime: get to grips with Cinelli’s cutting edge Superstar Disc

The Superstar is described by Cinelli as a “cutting-edge carbon fibre re-interpretation of the mythical Italian stage-racing bicycle that is the brand’s heritage and DNA”. The endurance race bike is designed for comfort in multi-day events, but is also claims to be quick enough for racing and sprints. For sure, its kinked carbon top tube for razor-sharp handling is an interesting design point; more on that below… The frame is Columbus Carbon Monocoque. The tangent lines joining the top and down tubes to the head tube allow for the carbon fibre to remain completely straight thus offering the maximal weight-to-stiffness ratio, according to Cinelli.

The use of both external and internal PU moulds during the carbon curing process, Cinelli says, enables greater compression of the fibres as well as minimising the amount of resin needed and greatly increasing the long-term reliability of the frame.

Cinelli claims that the Superstar’s proprietary bowed top tube allows the frame to respond in a far more controlled way than traditional carbon fibre frames to the deformations produced by road obstacles such as potholes or cobbles.

“The Superstar’s bowed top tube allows for the bike’s head tube and fork to remain noticeably more (8%) parallel to their original position, allowing the rider to more easily control the bike in difficult terrain. 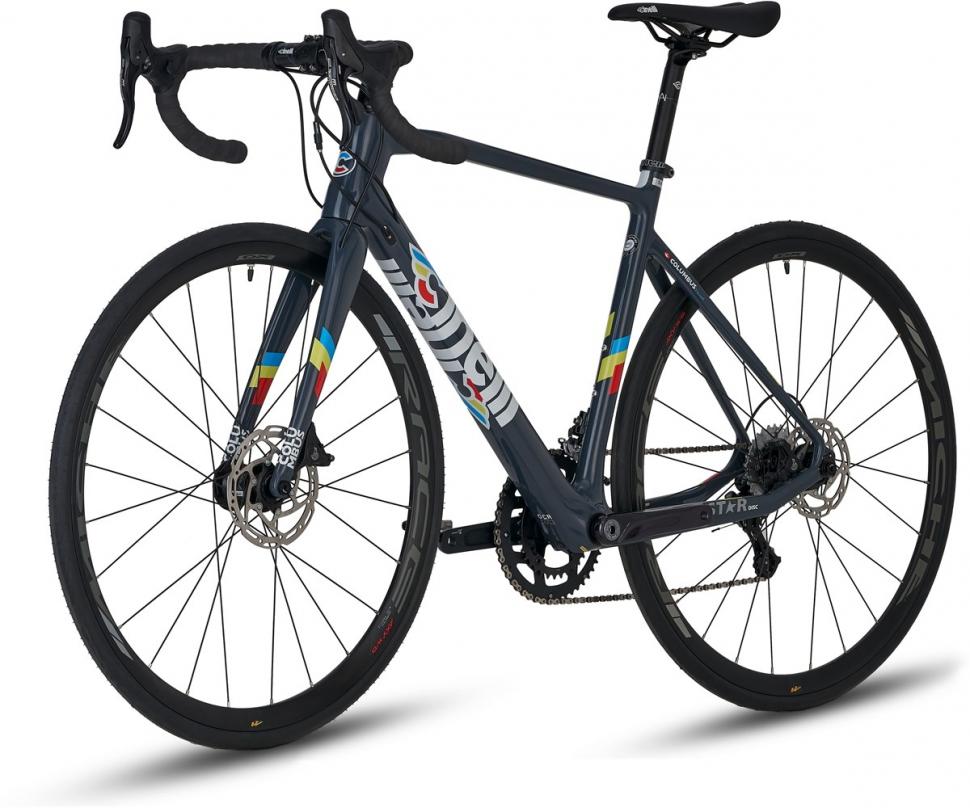 “The controlled deformation of the top tube also reduces the loss of surface contact at the rear wheel, further improving the rider’s ability to control the bike,” says Cinelli.

Tyre clearance is up to 28mm and the cable routing is fully compatible with mechanical and electronic groupsets.