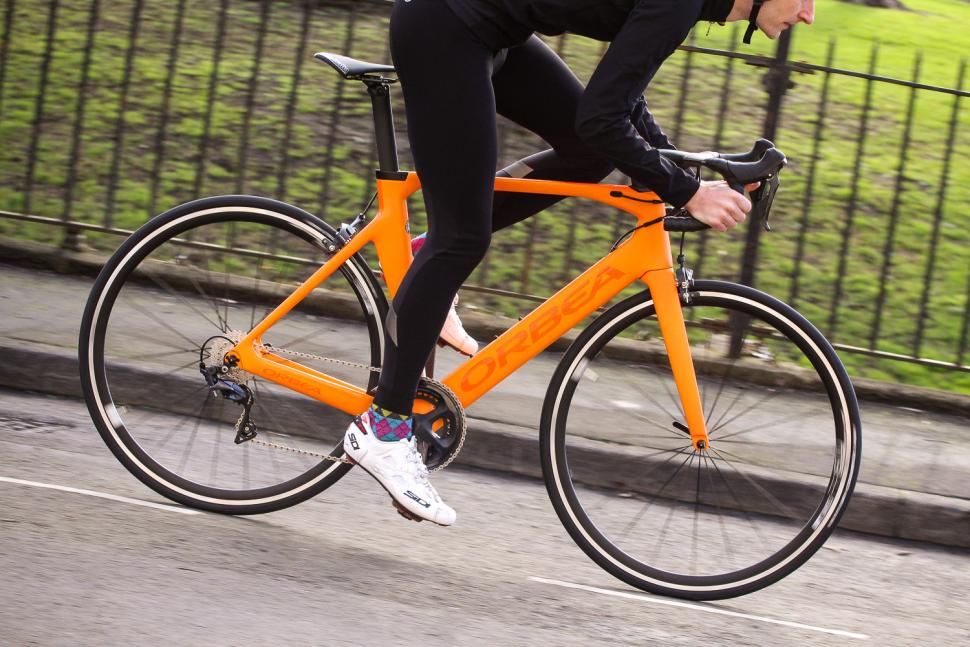 With a new Orbea aero road bike spotted at the Vuelta, here's a look at the company's old, non-disc brake model
by Mat Brett

The spotting of a new Orbea aero road bike – possibly a new Orca Aero – being raced at the Vuelta a España got us thinking about the rest of the range from the Basque/Spanish brand, so here’s a quick look at the last Orca Aero that we reviewed.

If Orbea is indeed updating the Orca Aero, we hope that it holds on to all the good bits of the current model because there are plenty of those. 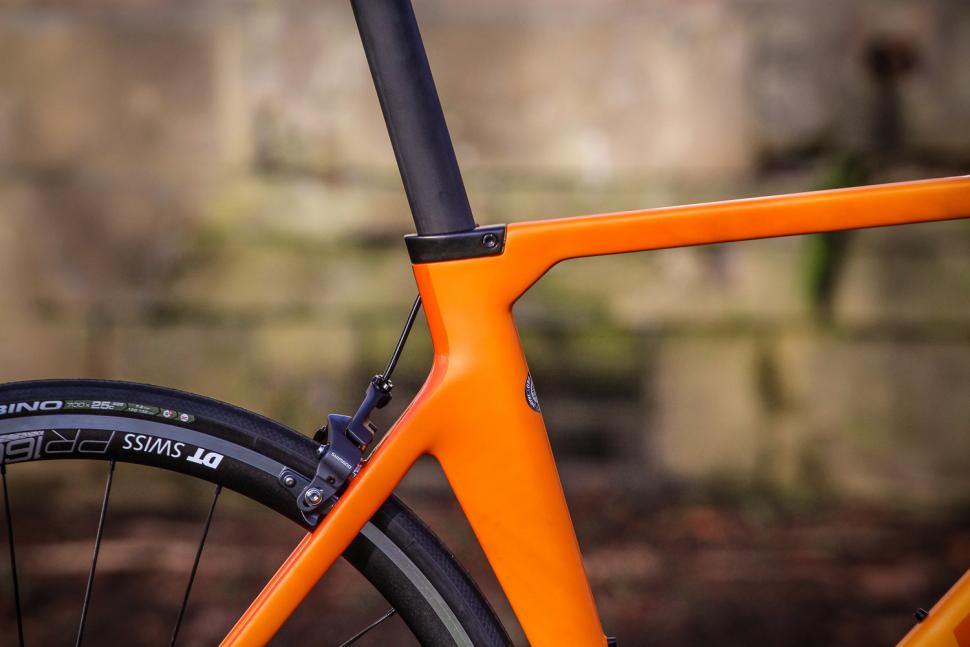 We reviewed the rim brake version of the Orbea Orca Aero M20 Team back in 2018 and found it to be a fast and great handling aerodynamic road bike with a surprising talent for smoothing out all but the roughest roads.

The handling is a high point, the Orca Aero feels planted at high speeds while being nimble when you want to have some fun, whether that's sprinting or weaving through a bendy country lane. 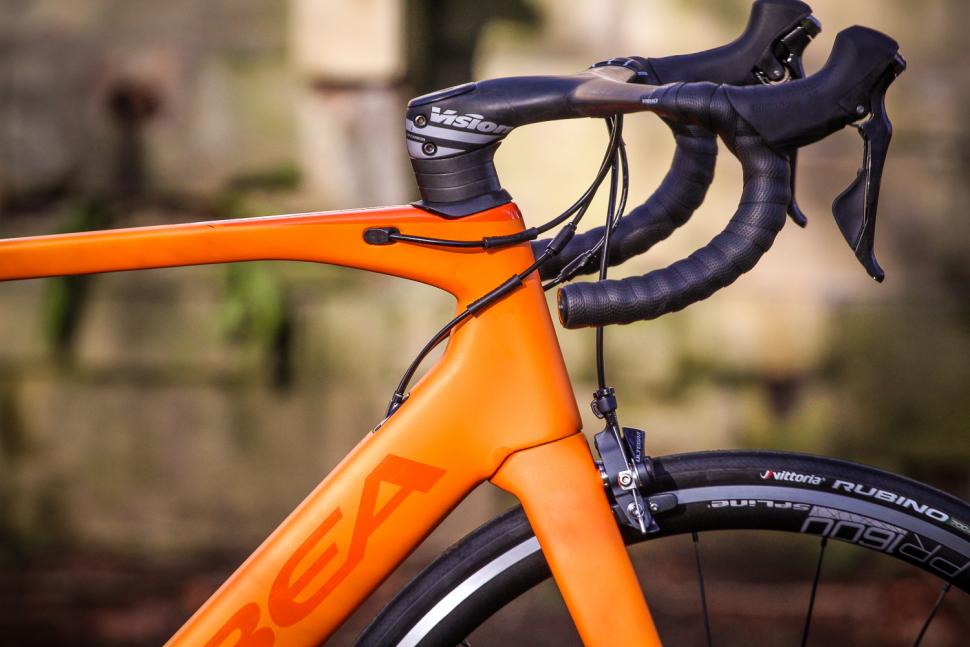 It's surefooted on the descents and easy to manoeuvre at high speed. The steering balance is good too – reasonably quick when you turn in through a corner or change direction, giving you good control at a range of speeds.

Unlike many other aero road bikes, the Orca Aero is also pretty comfortable, and you'll appreciate that the more the ride goes on.

Of course, aero road bikes are mainly about speed and the fact that the Orca Aero is so quick is largely down to the frame and fork design with the down tube, seat tube and fork blades all being made with deep profiles. 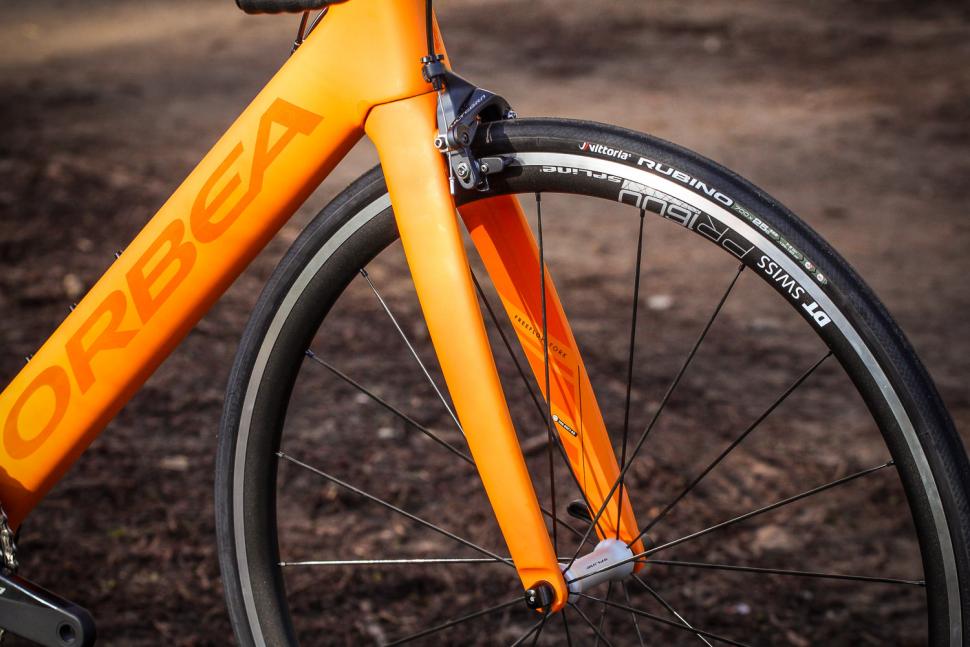 The down tube also has two options for bottle cage position, the lower one offering a greater aero advantage but only being useable if you forgo a bottle cage on the seat tube.

The existing Orca Aero has cables and hoses that run externally between the handlebars and the point where they enter the top of the down tube and fork leg. If the bike we’ve seen at the Vuelta is a new Orca Aero, that’s about to change with the cables/hoses fully internal. That would bring this model into line with most other mid and high-end road bikes that have been released over recent years. As well as putting in a top performance, the existing Orca Aero is an extremely good looking bike, and the company's MyO online app allows you to customise the finish.

Assuming it is an Orca Aero that we’ve seen being raced in Spain, it’ll be interesting to hear the claims that Orbea makes. All the new bike’s tube profiles are deeper than previously so we can be pretty sure that Orbea has chased greater aero efficiency here.

The company gave the standard version of its Orca an aero makeover a couple of years ago so it’s almost certain that the engineers will have been busy with CFD (computational fluid dynamics) and wind tunnel testing to make the Aero version even more slippery.

Orbea had worked on new tube shapes, but “without compromising its featherweight agility” while giving a wider stance to the legs of the Freeflow fork, and dropping the seatstays.

Unusually for a bike of this kind, the Orca OMX has enough clearance for 32mm-wide tyres, although that might be deemed excessive for a full-on aero bike.

How long will we have to wait to find out about Orbea’s new bike? We simply don’t know although any bike that’s being raced at the highest level is almost certain to be officially launched very soon afterwards. Seeing as we’re in mid-August now and a winter launch would be extremely unusual, we’d say we’re looking at weeks rather than months.