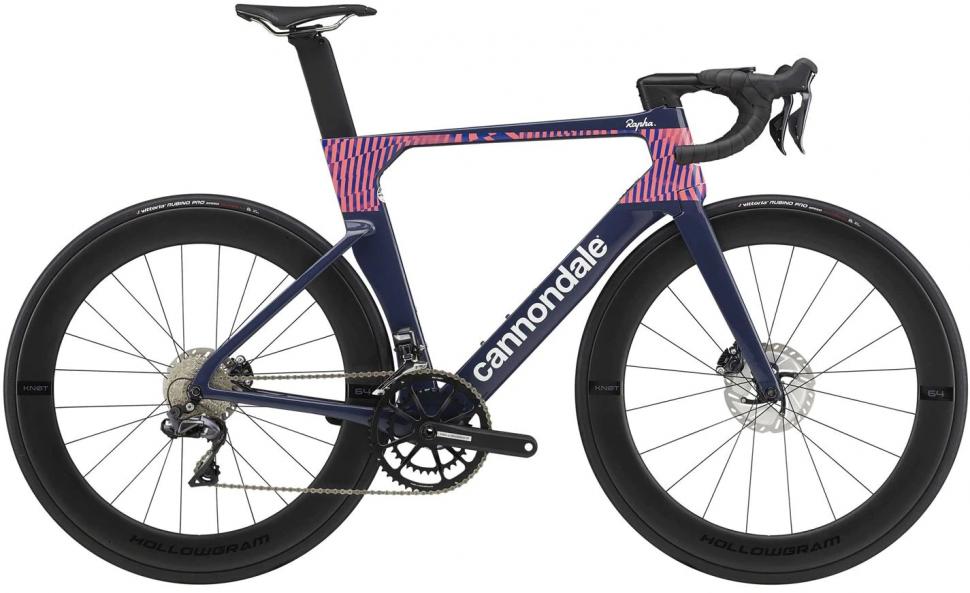 Cannondale may have turned up late to the aero-road crowd, but boy when they did in 2018, they unleashed something special. It had been three-and-a-half years in the making and it was the SystemSix.

Ahead of the current curve, when Cannondale unleashed the SystemSix they didn’t want to trap the bike, by labelling it as an aero (only) bike, It was more than that. So instead, the US brand decided to go for “world’s fastest road bike”.

Although the bike was UCI-legal, it wasn’t meant for just the pros. Going fast is something all levels of riders can enjoy doing and Cannondale addressed this. 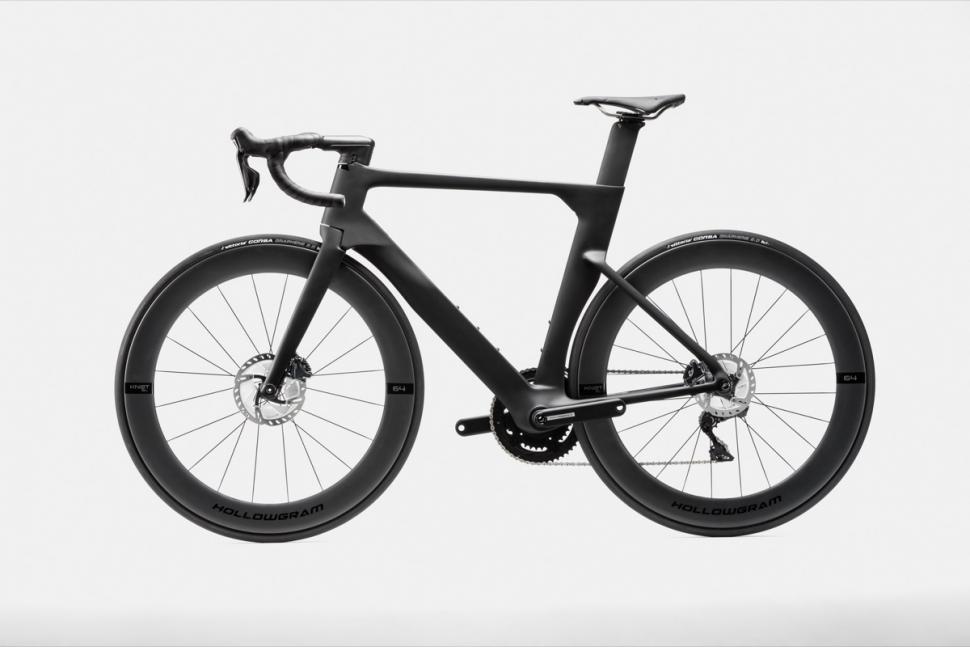 As the name hints at, the SystemSix is built around a six-part foundation—frame, fork, seatpost, bar, stem and wheels—all engineered to work together as one system. Behind the drag efficiency across this unit, was aerodynamics expert Nathan Barry from Australia who was brought in as a design engineer.

Compared to a lightweight road bike, the aerodynamic performance of the SystemSix is said to save you more than 50 watts when riding solo or on the front of a group at 48km/h (30mph), and drafting at the same speed saves you 30 watts. Even when it comes to climbing, it’s aerodynamic superiority means that its faster on gradients up to 6%—with lower gradient and faster speeds, this balance tips even further in the SystemSix’s favour. 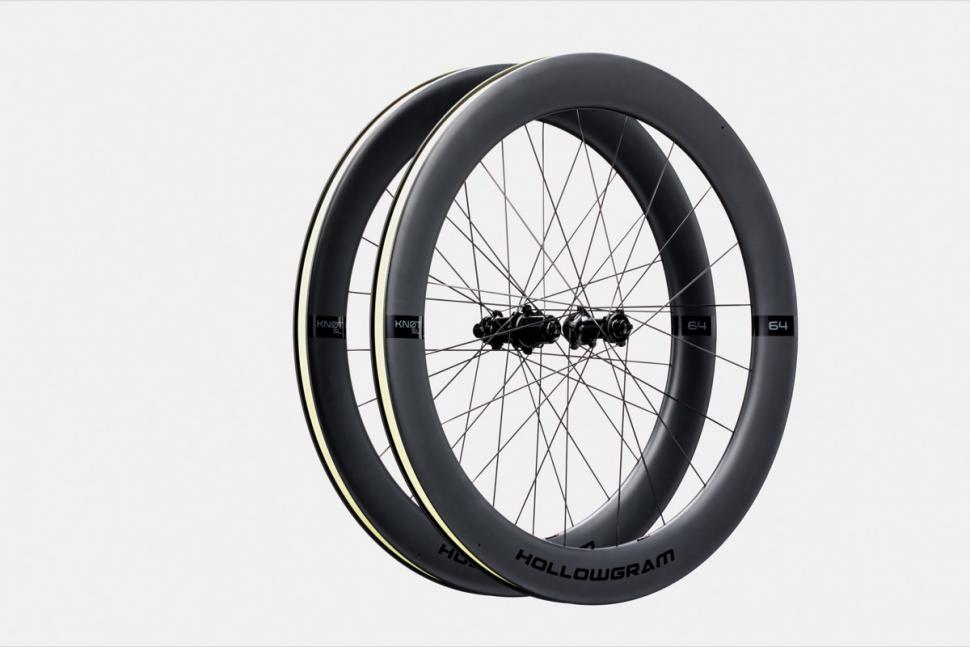 What’s rather interesting about their engineering process is where the build began. Cannondale says “since the front wheel is the leading edge of the whole bicycle it sees the cleanest airflow and therefore it is an important starting point for aerodynamic optimization.” With this in mind, the HollowGram KNØT64 wheels were the first component of the whole SystemSix build and the 64 deep rims were designed to be optimised around a 26mm tyre. But with a huge 32mm outer width combined with a significant 21mm internal width, a tyre that is 23mm will actually measure 26mm across.

Unlike usual setups, Cannondale’s rims are wider than the tyres. This is said to be able to “combine the speed benefits of an ultra-low drag profile with the real-world rideability benefits of larger tyres”. Next, balancing low drag and low rolling resistance, Vittoria Rubino Pro Speed tyres were considered to fit this requirement best. 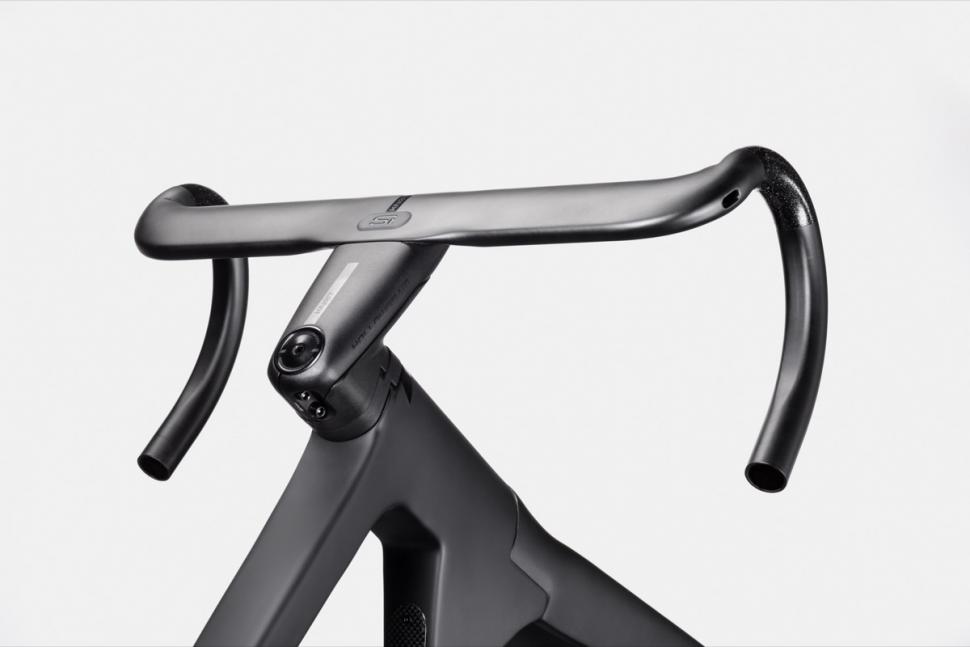 With the rake of the fork leg causing a pocket of air flow to run back up the fork leg towards the crown, Cannondale has introduced what they call a chine at the headtube base to “redirect this flow and channel it downstream” to prevent it from interfering with the clean flow over the fork crown and headtube. 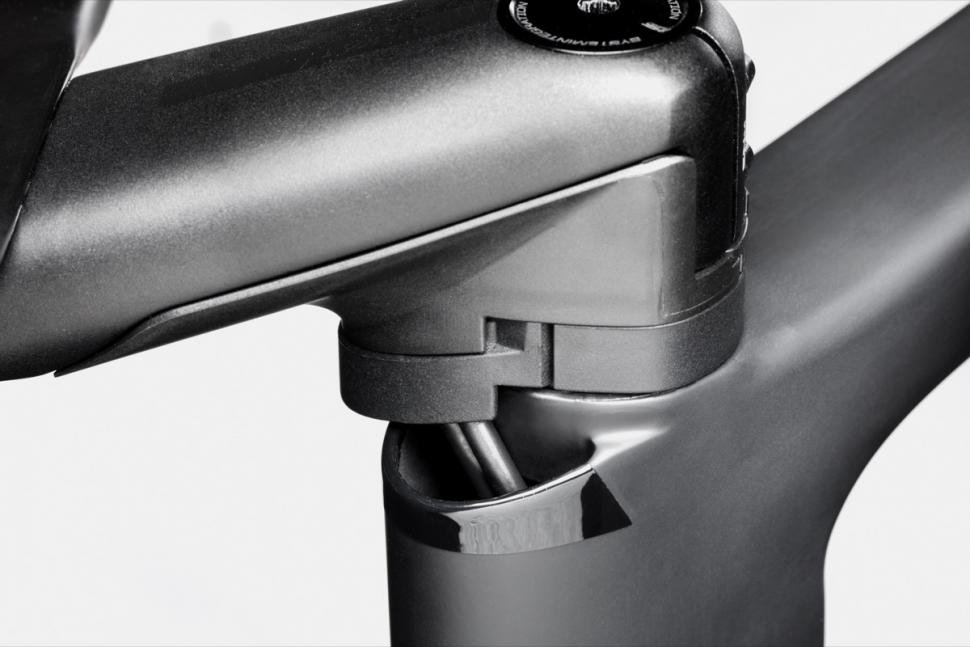 To achieve a fully integrated system, but with it also being possible to adjust stack without any cable disconnecting, an enclosed channel in the front of the headtube was decided on to route the cables through—this hidden channel bypasses the headset bearings and fork steerer.

For this “ease-of-use design”, the steering angle had to be limited to ± 50°. But according to Cannondale’s testing, typically less than 30 degrees is needed when riding, so this reduced steering capability was a worthwhile trade-off.

From afar, the KNØT SystemBar and Stem may look like a one-piece system, but Cannondale delivered the convenience of a two-piece setup with 8° of pitch adjustment to allow riders to dial their comfortable and optimal position. 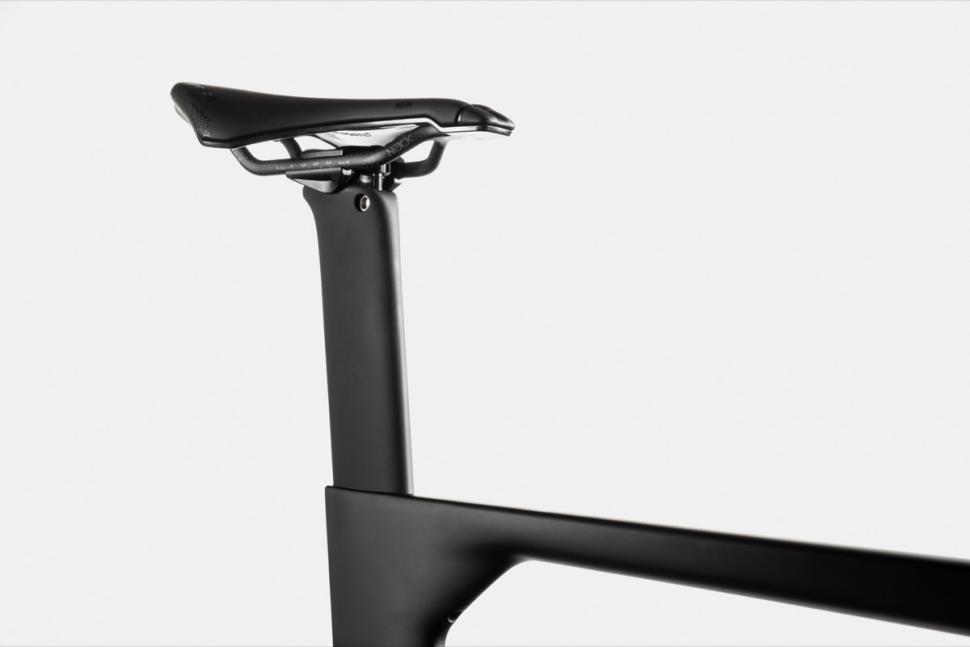 Then comes the seatpost. Its truncated airfoil shape is specifically designed for aero efficiency in higher speed airflow that is caused here locally by the movement of a rider’s legs.

The Cannondale SystemSix is available as an Ultegra build for £4,500 and goes up to £9,500 for either a Sram Red eTap AXS setup or a Shimano Dura Ace Di2 finish.