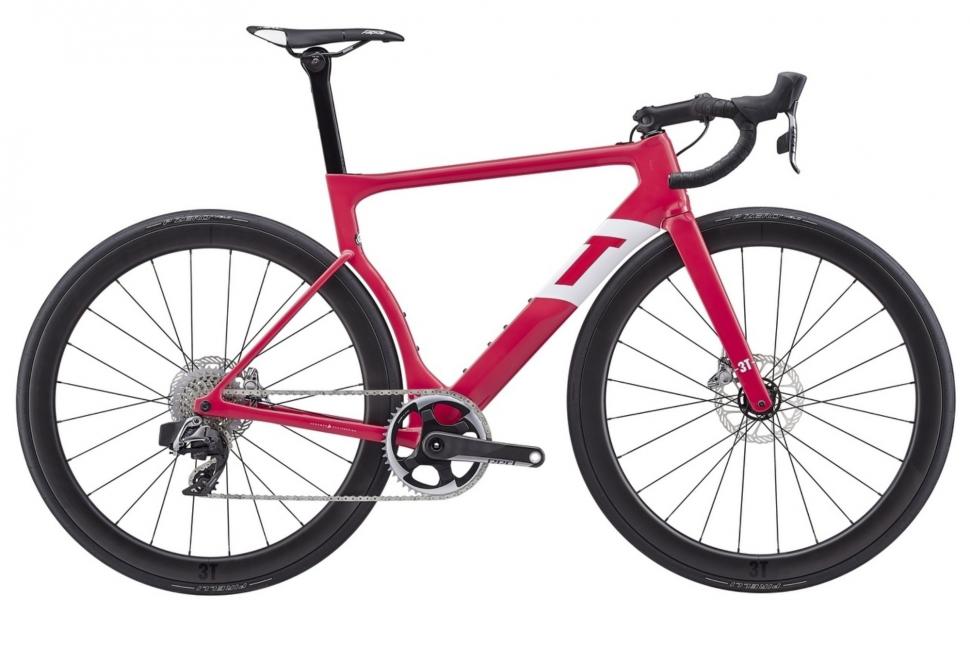 The 3T Strada aero road bike arrived on the scene in 2017 with a mighty entrance. This disc-equipped bike was aero optimised around wide tyres and a 1x drivetrain. road.cc’s David Arthur called it the “most exciting/radical/groundbreaking/divisive/controversial new bike launched this year” and it stunned too, becoming a worthy winner of our Superbike of the Year awards in 2017/18. Let’s look back at the bike that had us asking, is this the future…

The forward-thinking bike from 3T claimed to be the “world’s most comfortable aero bike”. Not only did the Strada land with wide tyre clearance, it was designed and aerodynamically optimised for 28-30mm rubbers. 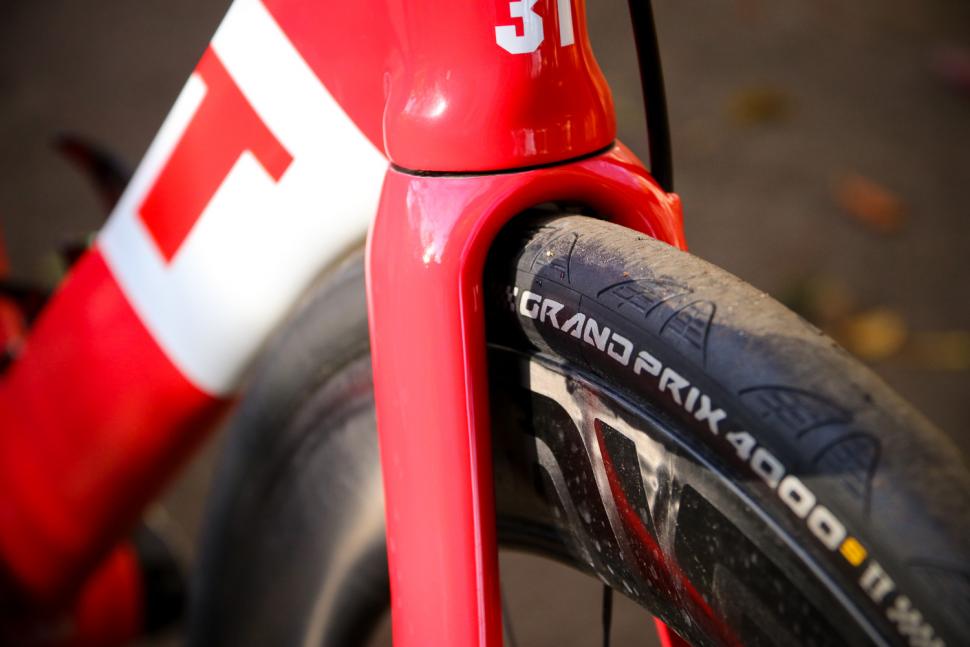 Then there’s its minimalist seat stays and curved seat tube that gifts you comfort and better aerodynamics in one neat present. 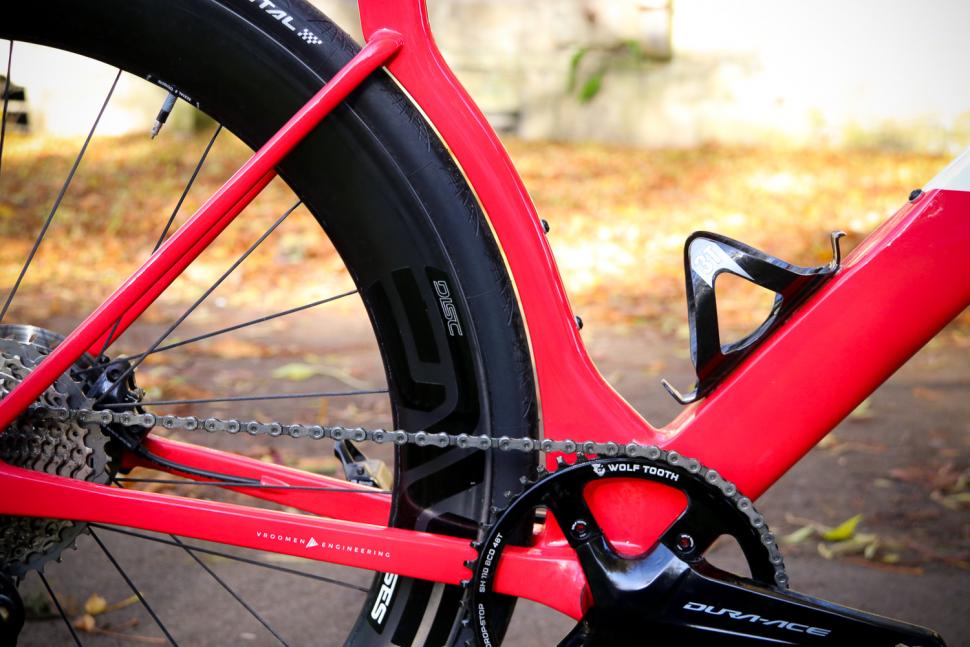 Head of Design at 3T, Gerard Vroomen, who was the co-founder of Cervélo, is said to be interested in “real world aerodynamics” and not just the theory. This is why the Strada was tested at 20mph (32kmh) and 30mph (48kmh), water bottles and all. 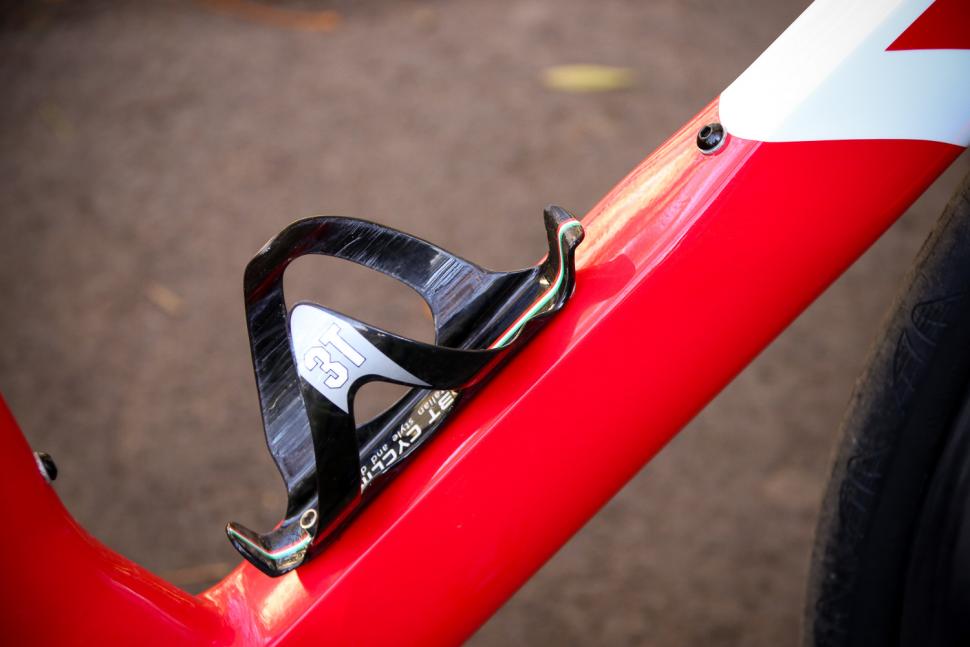 The ArcFoil downtube profile is wider at the bottom bracket end to shield the bottle from the airflow. There’s also the choice of two mounting position and the lower one should be picked if you are just using a single bottle as it is the most aerodynamic. 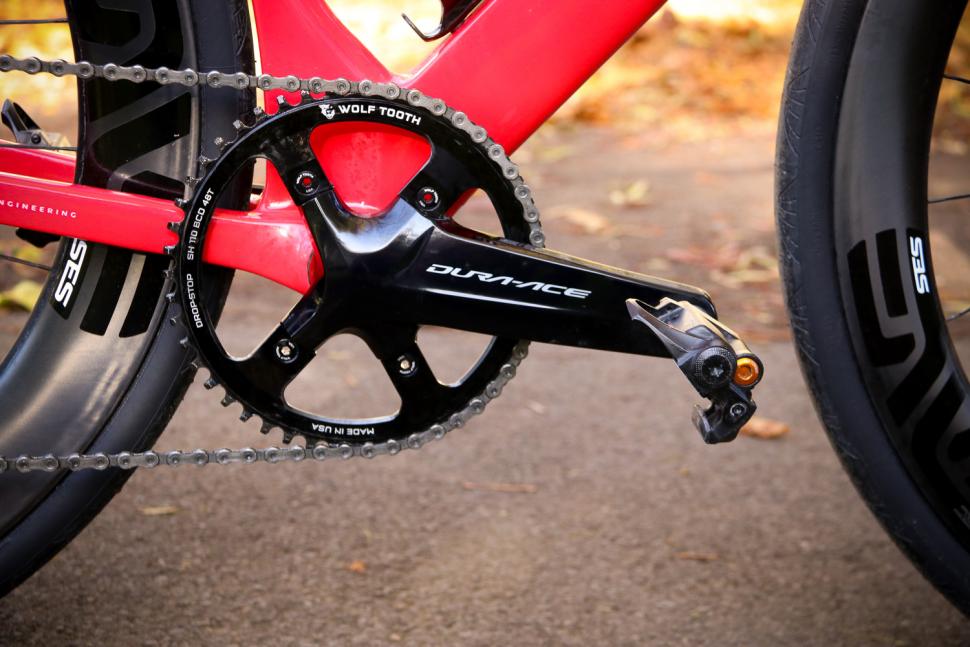 As well as the Strada 1x for the best aerodynamics and lowest weight, 3T also released the Strada Due with a double chainset that provides closer spaced gears.

Getting rid of a bulky, unaero crown, 3T has made this front end very minimalist. The brand says this improves the crown’s aerodynamics and moves the front wheel closer to the downtube which “creates a perfect transition for the airflow”. 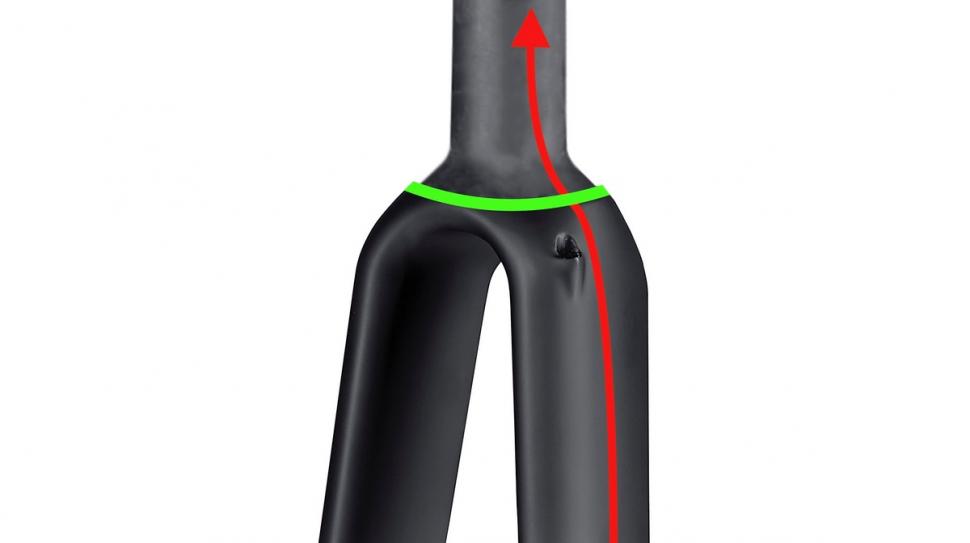 Then there’s the Fundi aero fork which features a kinked leg that is said to connect all the relevant points—axle, brake mount and crown—the most direct way possible, with a minimal frontal area. 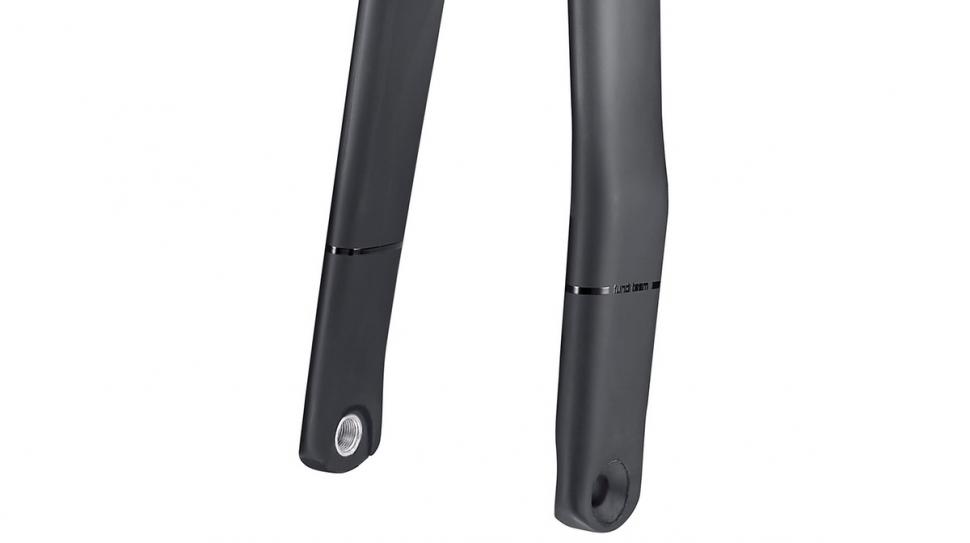 “The integrated carbon bearing race uses a separate ring layup, so fibres in the fork crown run more straight from the legs into the steerer for a strong and stiff connection,” 3T says. 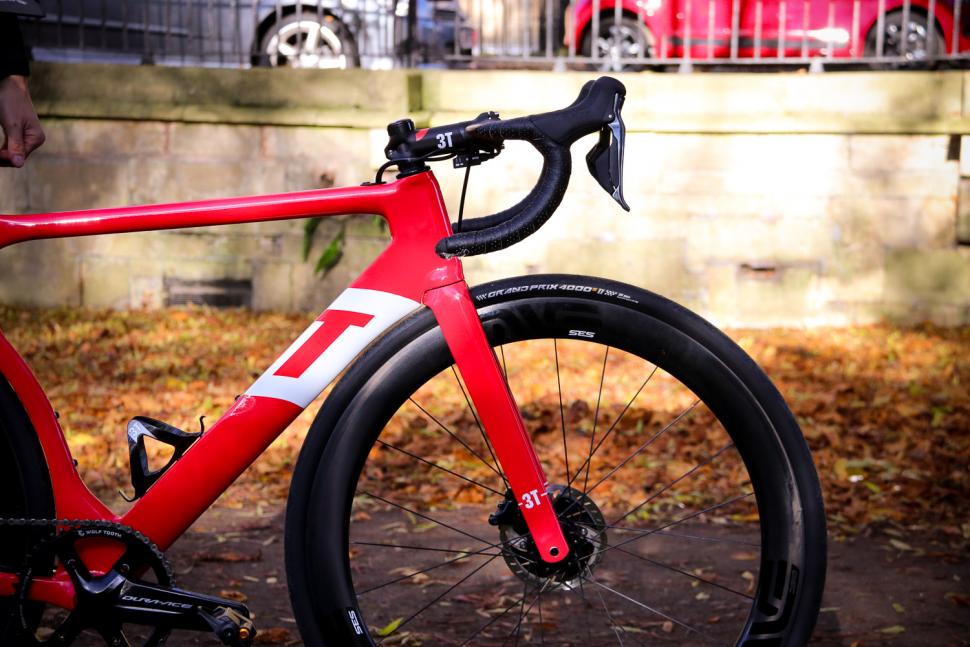 The Sqaero fork airfoil only has a small truncation which, according to 3T, is perfect to guide the airflow around the front wheel and boost fork stiffness. Different left and right profiles are also said to be used to counteract braking forces.