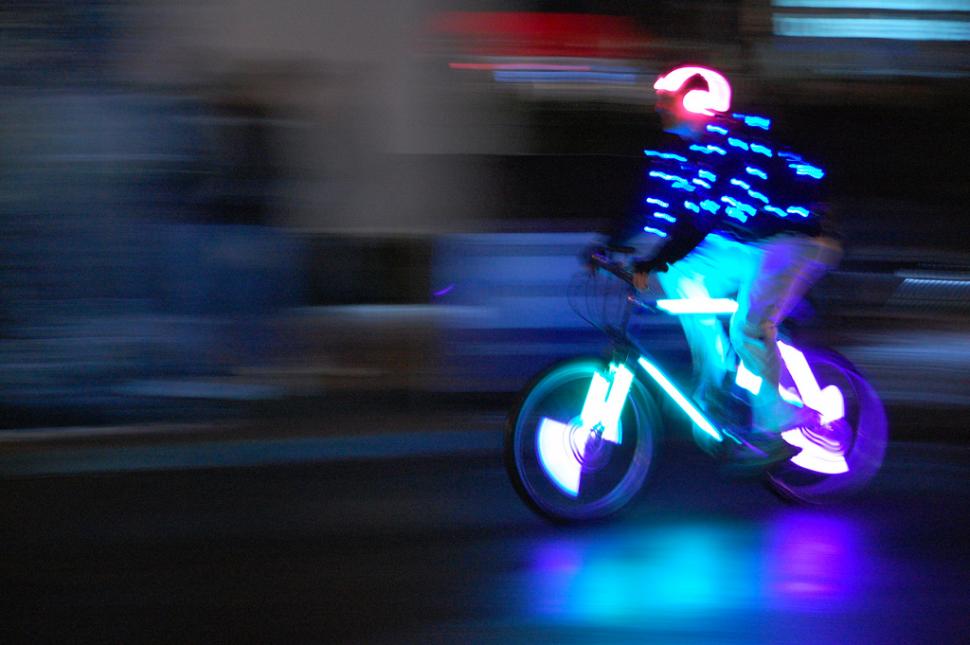 How bright is your beam? Shedding some light on Lumens

Getting the right lights is important. Not only are they a legal requirement when its dark but they can free you from the turbo and open up a whole new world of riding opportunities. We've covered many of the basics of choosing lights in our buyer's guide but now it's time for the science bit: what's all this stuff about lumens?

Most, if not all, decent lights available use LEDs of some form or another. In the good old days of yellow tinted halogens, light power output was published in Watts. Because an LED is a much more efficient method of producing light than halogens, or HID bulbs for that matter, the use of Watts to compare the outputs is now redundant. Instead LED manufacturers publish their data in lumens. So what is a lumen and how does that affect your ride to work? Well, since you ask, the lumen is the most pure form of light measurement and is the SI unit for luminous intensity, equal to one candela of luminous intensity uniformly distributed across a solid angle of one steradian. Got that? It's not that important that you understand, actually. It's much more important that you understand the limitations.

In theory more lumens means a brighter light, but in practice it's not that simple, things never are. Most bike light manufacturers simply republish the data they get from their LED supplier for lumen output. This can be misleading as the published data does not include the inherent losses in the optics (lens) used to focus the light. It's also dependent on the LED being driven to the same conditions, which again is not always the case, and effective brightness can vary enormously if the same output is distributed differently. So treat published data as a guide. In the real world a 200-lumen light can be much 'brighter' than a 150-lumen light for a particular application. The devil is in the details. 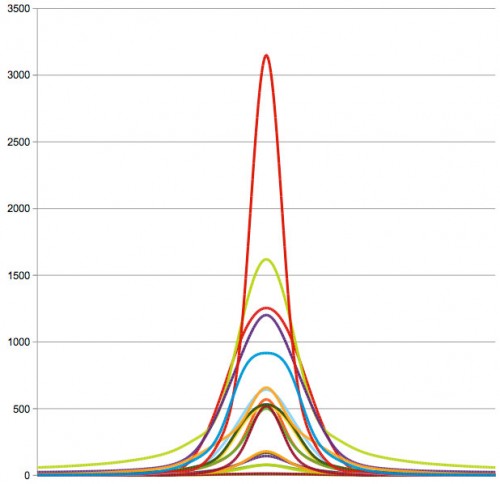 This year at road.cc we have decided to take our light testing to the next level. With the help of a light meter and a boffin from the University of Bath (erm, me) we have put all the lights through a real test of output. Measuring the lumen output is actually quite difficult and is also very one dimensional as it doesn’t consider the quality of the beam pattern, only the absolute light output. That’s why we have used a unit called “lux”. Basically this equates to lumens per square metre and has enabled us to plot the brightness pattern for a spread of 60 degrees across the centre of the beam. This not only helps you see which light is actually hotter in the middle but takes into consideration how the light will be spread across the road. This data, combined with comparable photos of the beams, will hopefully give you a really accurate idea of how good the light is in terms of light output quantity and quality.

A quick note about the Germans

The measurements we take are handy for comparing one light with another, but they are only directly comparable if the beam is symmetrical in both horizontal and vertical axes. This is normally the case, more or less, but some lights – B&M and Supernova units for example – are designed to comply with German road lighting regulations which specify that 96% or more of the available light must be focused on the road. These lights tend to have a squared off top section and concentrate more of the beam in the central portion, leading to a higher reading. This higher reading does actually mean more light there, but it's worth noting the shape of the beam, especially if you're planning to venture off-road where it isn't ideal. Similarly, some lights which use multiple emitters can have a fairly uneven beam. Even given these limitations, we think the graphs will be really useful data.

So do I just pick the brightest one then?

No. It’s important to consider other aspects of the light too. If you are going to be training flat out on unlit, winter-beaten, country roads then the brightest light is probably a good place to start. For most of us though, some of the other aspects of the light are just as important if not more so. Have a look at the things to consider that we've included in the buyer's guide. That’s where the good old fashioned review comes into play. We send all the lights to be tested in real conditions appropriate to the purpose of the light. There is no point in having a really bright light if you can’t operate it in your winter gloves, its run time isn’t long enough to get you home and the bracket just broke and your light fell into the canal. We'll continue to thoroughly test all the lights we get sent but we'll also be sharing our testing data with you to help you decide which lights are best for you.